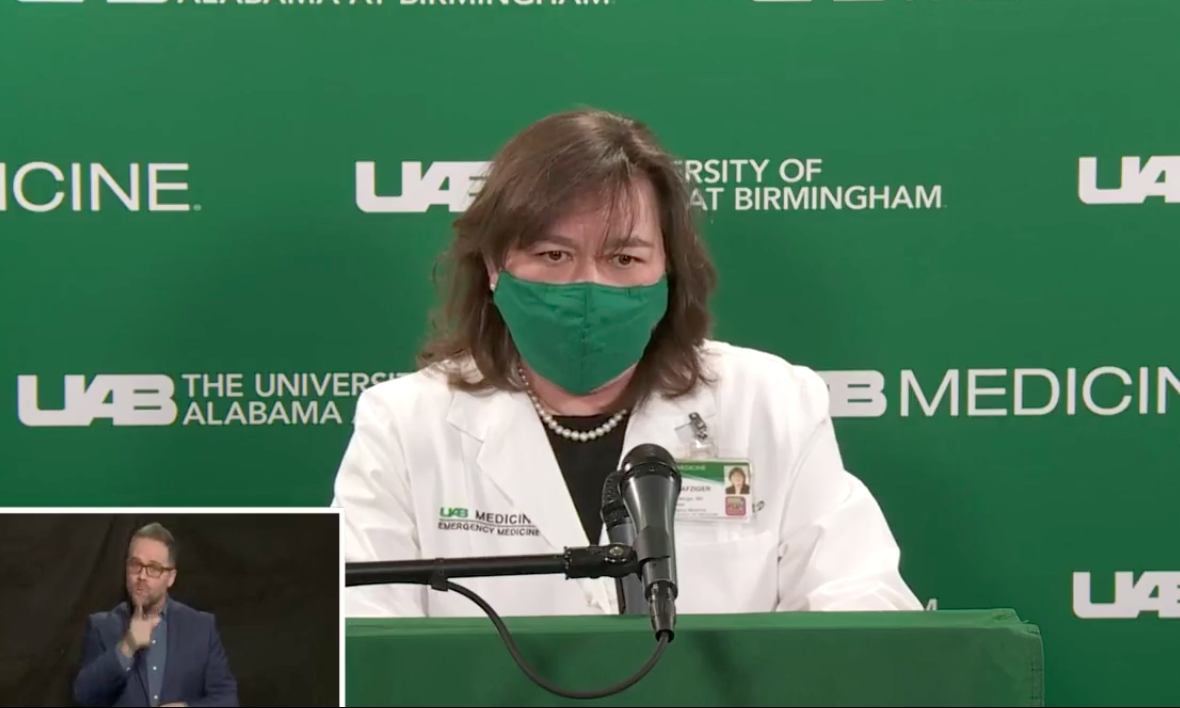 Alabama’s COVID-19 hospitalizations over the last month have increased 82 percent and hit a record high — 2,353 on Tuesday — on the same day the state received its first shipments and saw its first injections of Pfizer’s vaccine.

Alabama Hospital Association President Dr. Don Williamson said the situation for state hospitals is dire, and as he told APR on Dec. 10, that unless the public begins wearing masks and practicing social distancing more frequently “the system hits the wall sometime early in January.”

Williamson said at that point, hospitals simply won’t have the staffing to do urgent medical procedures. He predicted the state would hit that wall at around 2,500 hospitalized COVID-19 patients.

UAB Hospital had a record 161 COVID-19 patients on Tuesday. The Huntsville Hospital System was caring for 428 coronavirus patients Tuesday, down just slightly from the system’s record high of 439 set Monday.

Vaccines were being administered to some Alabama frontline medical workers on Tuesday, but it will likely be the summer before vaccines are widely distributed to the general public.

“While we’re excited to receive these vaccine doses, these are not going to save us from the surge that we’re in right now,” said Dr. Sarah Nafziger, co-director of UAB’s Emergency Management Committee, speaking to reporters on Tuesday.

Cases and hospitalizations are at all-time highs in Alabama, Nafziger said, and what vaccines are available aren’t enough to turn the tide of the deadly surge Alabama is seeing.

Alabama’s average positivity rate over the last week was 36 percent. Public health experts say that rate needs to be below 5 percent or there isn’t enough testing and cases are going undetected.

The state has confirmed 486 new deaths over the last two weeks, compared to the highest two-week total of 367 during the summer surge.

Ivey asks for patience from public on COVID vaccine

"We will get shots in the arm and off the shelf. In the meantime, be patient," Ivey said.