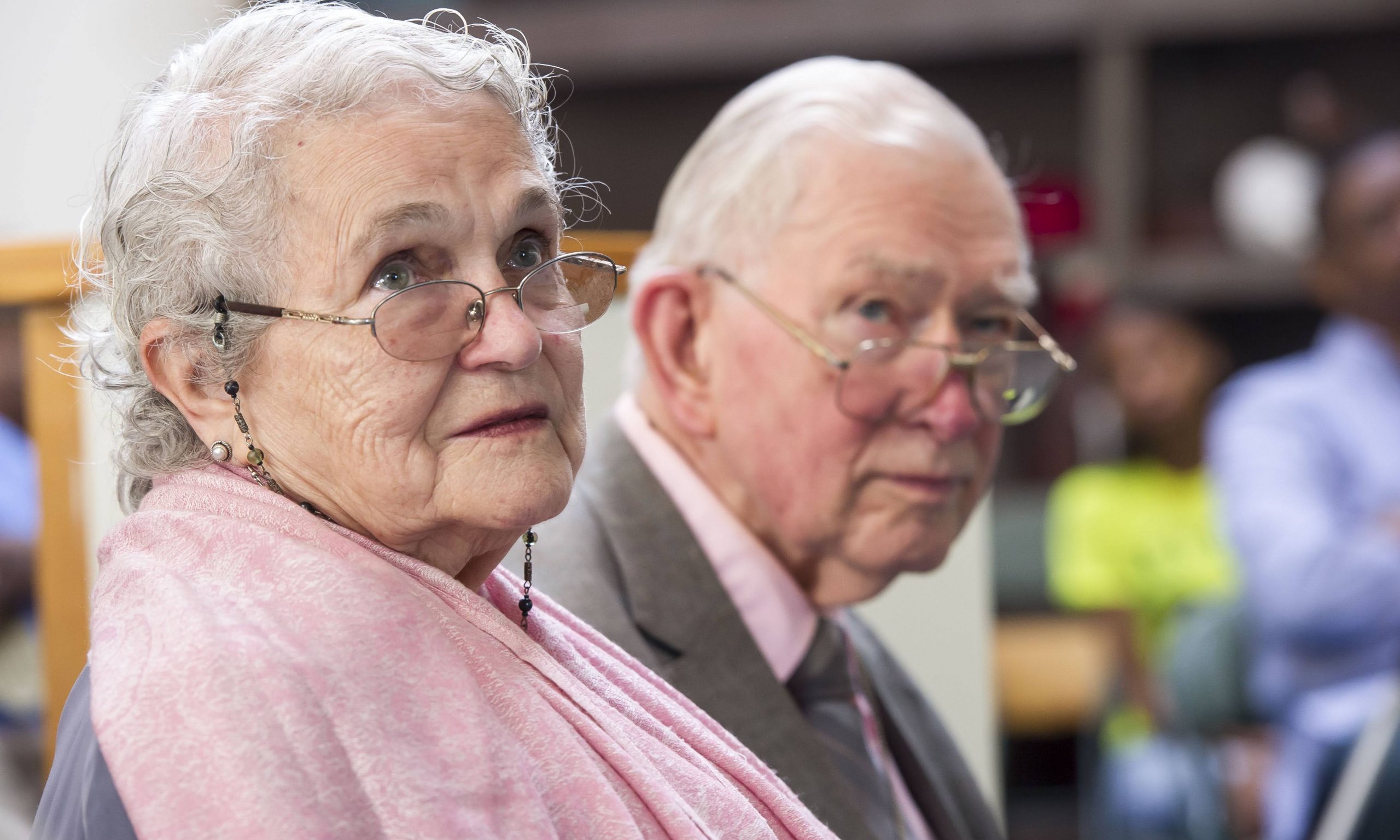 Jeannie and Bob Graetz are together again. Jean Graetz, an early supporter of the Civil Rights Movement in Montgomery, passed away Wednesday from lung cancer, just three months after the passing of her husband, Rev. Robert Graetz. Jeannie was 90 years old. She and Bob were married for more than 70 years.

The couple, inseparable for most of their lives, arrived in Montgomery in 1955, the same year the Bus Boycott began, for Bob’s first assignment out of seminary school. That assignment was Trinity Lutheran Church, a predominantly Black church in Montgomery, where the NAACP Youth Director was a charming lady named Rosa Parks.

The Graetzes didn’t duck the controversy or shy away from it. Instead, the white couple joined in the boycott, helping to shuttle Black workers to and from their jobs every day and sustain one of the most effective protests in American history.

The Graetzes would pay a price for choosing the right side of history. Their home was bombed by the KKK twice, and the family narrowly avoided certain death from a third bomb that failed to explode outside their home.

“It was a very disconcerting time,” Jeannie said. “We never doubted what we were doing. Not once. And we mostly didn’t worry about ourselves. But the children were a different matter.”

The Graetzes had seven children, and there were two infants in the home during one of the KKK bombings. Asked if the bombings terrified her, Jeannie said no. They made her angry.

“I had some anger after 2 o’clock in the morning and holding one baby and the other baby is 11 months old and not walking, and the house is in shambles,” Jeannie said during the 2015 interview. “The windows were gone and the doors were gone and you couldn’t put the baby down. There’s glass everywhere, there’s plaster on everything. It was terrible.

“I had a hard time forgiving them for that. How could someone bomb a house with babies in it? That bomb was supposed to kill us.”

But Jeannie and Rev. Bob would also be the first to tell you that they understood the dangers they faced, and that they never sought easy lives, just good ones.

In that pursuit, they certainly succeeded. In addition to their civil rights work, they also spent time serving poor families in Appalachia and other parts of the country. For the past several years, the Graetzes operated the National Center for the Study of Civil Rights and African American Studies at Alabama State University.

Five years ago, just after her 85th birthday, Jeannie graduated from ASU with an education degree, completing a journey she began nearly 60 years earlier.

Rev. Graetz was by her side. Just as they were pretty much every day of their lives for the past 70 years, and now are again.