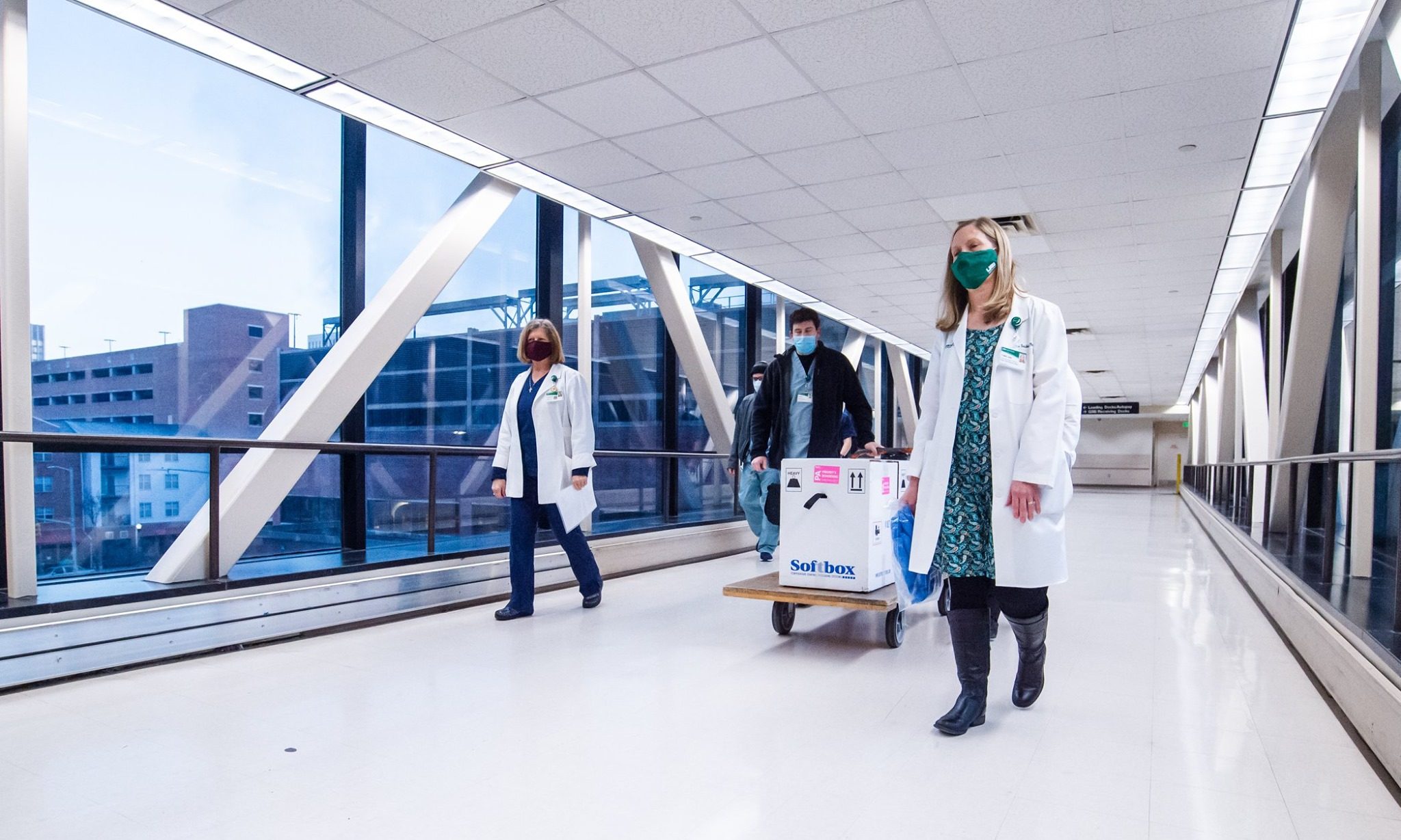 Alabama will get 19,500 fewer doses of the Pfizer vaccine next week, but just why the federal government is sending fewer than state health officials and hospitals were expecting wasn’t clear Friday. What is clear is fewer at-risk frontline medical workers will get the much-needed first dose of the vaccine next week.

Alabama State Health Officer Dr. Scott Harris told APR Friday that officials with the U.S. Department of Health and Human Services told the Alabama Department of Public Health that “for planning assumptions” the department should expect to receive approximately 45,000 doses of the Pfizer vaccine next week, but that on Wednesday, they were told the state would be getting just 29,000. The Alabama Department of Public Health later on Friday adjusted those numbers to an expected 48,750 doses and the new estimate of 29,250 doses to arrive next week.

ADPH still plans to honor a previous agreement to send a portion of the second week’s shipment to state nursing homes to vaccine residents and staff, Harris said, which means instead of being able to vaccinate as many as 19,000 frontline health care workers in hospital and emergency medical settings next week, just 3,000 of those at-risk workers stand to get that first of two required doses, which is an 84 percent reduction. Nursing homes will be getting approximately 26,000 doses next week, he said.

Asked if ADPH has gotten a clear reason from the federal government on why the state’s next shipment has been cut by 40 percent, Harris said no. An HHS spokesperson in an emailed statement to Axios wrote that “reports that jurisdictions’ allocations are being reduced are incorrect. As was done with the initial shipments of Pfizer vaccine, jurisdictions will receive vaccine at different sites over several days.”

“Operation Warp Speed allocation numbers locked in with states have not been changed or adjusted,” the spokesperson said, according to Axios.

Harris explained that the state was told to expect and plan for one amount, then was told by the federal government that would be reduced.

“That makes it pretty challenging,” Harris said of planning for vaccine rollout after the unexpected reduction.

Alabama saw more new COVID-19 cases and more coronavirus patients hospitalized on Friday than ever before, and the state’s availability of intensive care beds was lower on Wednesday than any point during the pandemic.

The Washington Post reported Thursday that officials in multiple states were told that second shipments of the COVID-19 vaccine had been drastically cut for the next week.

“I do wish we would stop just talking about this Pfizer thing,” said Health and Human Services Secretary Alex Azar in an appearance on CNBC on Thursday. Azar instead wanted to focus on the next likely vaccine to come on the market in the U.S., Moderna, which doesn’t have the same ultra-cold storage requirements as the Pfizer vaccines.

The state expects to receive approximately 84,000 initial doses of the Moderna vaccine, Harris said, if and when it receives emergency use approval from the FDA, which is expected at any moment.

“We’ve been very excited about it. It’s the first time we’ve really had a sense of optimism,” Harris said. “Although honestly, we’re still trying to manage people’s expectations.”

For the general public, it will be several months before vaccines are available, Harris said.

Anthony Patterson, CEO of UAB Hospital, speaking to reporters Friday, said the number of COVID patients at UAB has risen nearly 130 percent since Thanksgiving, and stressed the importance of getting at-risk hospital staff vaccinated. At UAB and hospitals across the state, large numbers of health care workers are out of work, either sick with COVID-19 themselves, quarantining after exposure or caring for loved ones who are ill.

“As we all know, getting our frontline health care workers vaccinated, and growing some amount of immunity to the virus, is critically important,” Patterson said, responding to APR‘s question.

“One of the biggest strains we have felt in the hospital has been our staffing shortages,” Said Jeremy Rogers, an emergency medical physician at Grandview Medical Center, speaking with reporters Friday.

Patterson asked the public to wear masks, social distance, wash their hands and to “not gather indoors with groups of people who aren’t a part of your immediate family and living in your household.”

“We’ve entered a critical stage, and the worst for Birmingham, Central Alabama and our state I think is just beginning,” Patterson said.