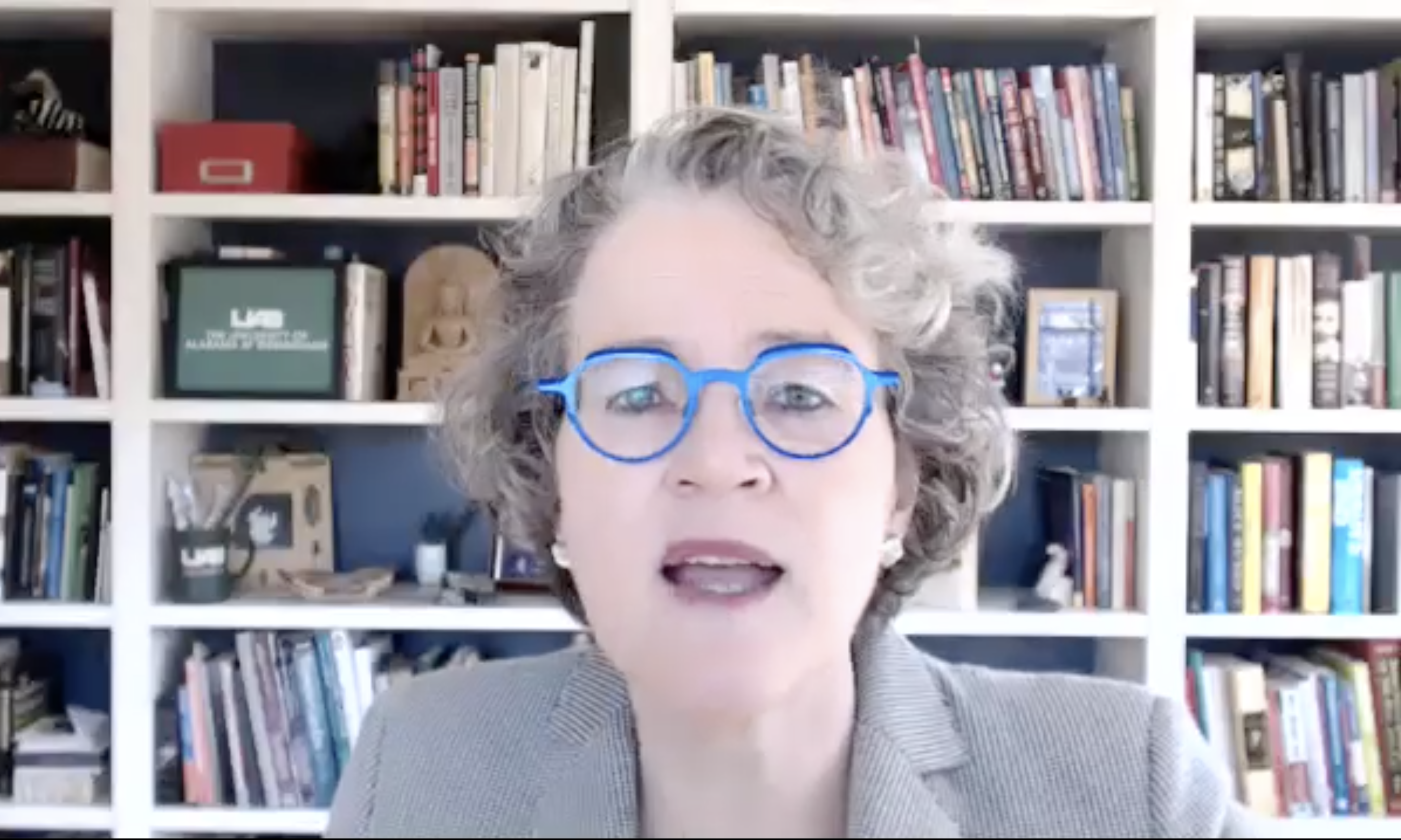 Dr. Jeanne Marrazzo, the director of the division of infectious diseases at UAB, speaking to media on Tuesday, Dec. 29, 2020.

A leading Alabama infectious disease expert on Tuesday said that heavy travel over the Christmas holiday will likely result in “a spike on top of a surge on top of a spike” of new COVID-19 cases, and could send already overburdened state hospitals into crisis modes in the coming weeks.

Alabama for a second straight day on Tuesday set another COVID-19 hospitalization record, according to the Alabama Department of Public Health, and the state’s intensive care beds were nearly 91 percent full, according to the U.S. Health and Human Services Department.

Dr. Jeanne Marrazzo, director of UAB’s infectious diseases division, told reporters on Tuesday that Alabama ranks sixth in the nation in states with the most cases per capita last week. That ranking was done by Johns Hopkins University.

The Washington Post ranks Alabama as the third highest in hospitalizations per capita, following Arizona and Nevada. The newspaper cited state and county data in its rankings.

Marrazzo said hospital staff are being “pushed to the limit” and noted that Dec. 27 around 1.3 million travelers in the U.S. took to the air, making that day the busiest single travel day since the start of the pandemic.

“We had the call in some of our infectious disease fellows to help run some of the teams in the intensive care units,” Marrazzo said. “I can tell you the young physicians are really feeling this pain. When you are taking care of so many people for whom we have so little to do, it’s really, really just kind of exhausting.”

If the surge in cases, hospitalizations and deaths that followed Thanksgiving gatherings plays out again following Christmas gatherings, Marrazzo said she’s concerned that hospitals will have to begin using crisis plans, which are already being evaluated.

“We have to be ready to do it,” Marrazzo said.

Many COVID-19 patients remain in the hospital as doctors treat them for illnesses brought on by coronavirus, even after they’ve tested negative for COVID-19, she said.

“I think something that is being a little bit lost as we focus on these cases and these case counts is that the human toll of these infections, as people continue to try to get care, is really really devastating,” Marrazzo said. “Once you get intubated on the ventilator in the unit, you may no longer be infectious, and we don’t count you as an active COVID case, but if it were not for COVID, you would not be there.”

Alabama added 3,907 new cases on Tuesday, bringing the state’s daily average of new cases over the last week to 3,591. That’s a 56 percent growth since Dec. 1.

Marrazzo also noted the state’s high positivity rate, which on Tuesday averaged 40 percent over the last week, according to APR’s calculations. Public health experts say it needs to be at or below 5 percent or cases are going undetected.

Speaking of the state’s COVID-19 deaths, Marrazzo said “they continue to mount.”

“We’ve lost over 4,700 people to this virus in the state. Twenty-one people yesterday were newly reported as having died, and unfortunately, deaths are up over the last 14 days,” Marrazzo said.

It takes ADPH some time to confirm a death was the result of COVID-19, however, so the current count is not a clear indication of how many Alabamians have died from the disease.