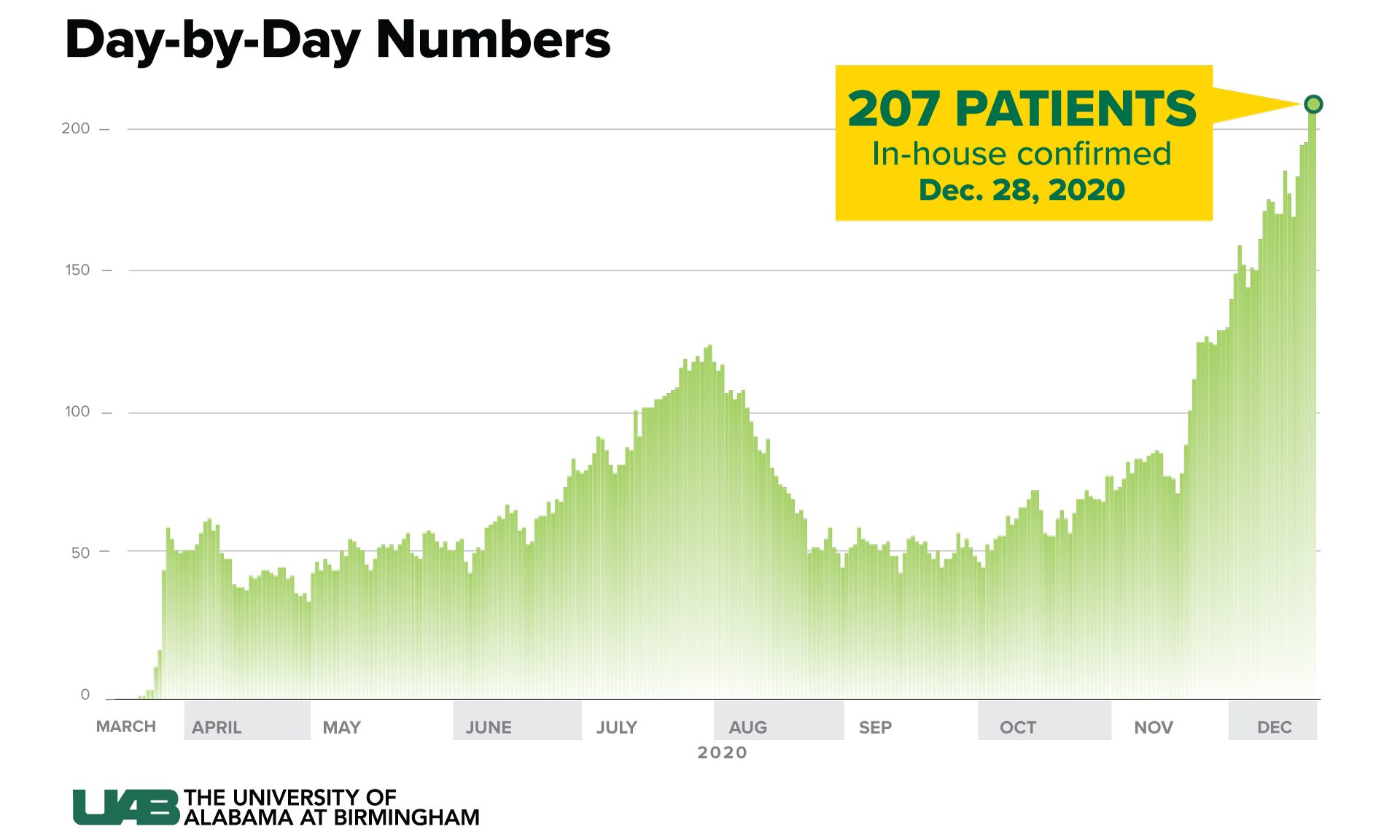 Alabama on Monday set another COVID-19 hospitalization record, and hospitals in Huntsville and Birmingham were caring for more patients than ever before as experts warn that cases, hospitalizations and deaths will rise following holiday gatherings.

UAB Hospital was caring for 207 COVID-19 patients, a record high and 65 percent more than the hospital had on Dec. 1, and the Huntsville Hospital System had a record 491 hospitalizations, a 54 percent increase so far this month. 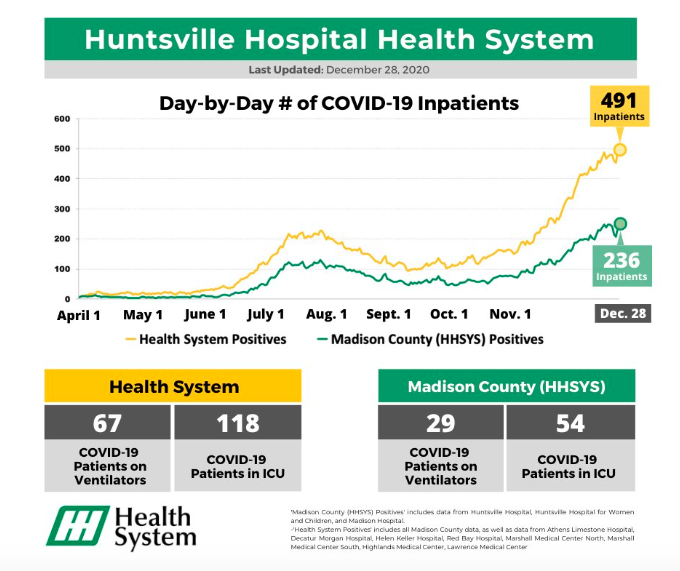 Dr. Michael Saag, an infectious disease expert, professor and associate dean at UAB’s School of Medicine, told reporters last week that if the state sees the same kind of growth in new cases as occurred following Thanksgiving gatherings, Alabama could see a doubling of cases in the weeks after Christmas and New Year. Saag said hospitals statewide are seeing an “unprecedented” number of COVID-19 hospitalizations.

The Alabama Department of Public Health reported 2,269 new cases on Monday, and over the last week, the state added 23,065 new cases, a 71 percent increase from the highest seven-day count during the state’s summer surge, the week ending July 19. Case reporting over the weekend is likely delayed because of the Christmas holiday.

Alabama’s average positivity rate over the last two weeks was 40 percent, according to APR’s calculations. Public health experts say it should be at or below 5 percent or there isn’t enough testing and cases are going undetected.

Dr. Anthony Fauci, director of the National Institute of Allergies and Infectious Diseases, told CNN on Sunday that the worst is likely ahead of us.

“And the reason I’m concerned and my colleagues in public health are concerned also is that we very well might see a post-seasonal, in the sense of Christmas, New Year’s, surge, and, as I have described it, as a surge upon a surge, because, if you look at the slope, the incline of cases that we have experienced as we have gone into the late fall and soon-to-be-early winter, it is really quite troubling,” Fauci said.