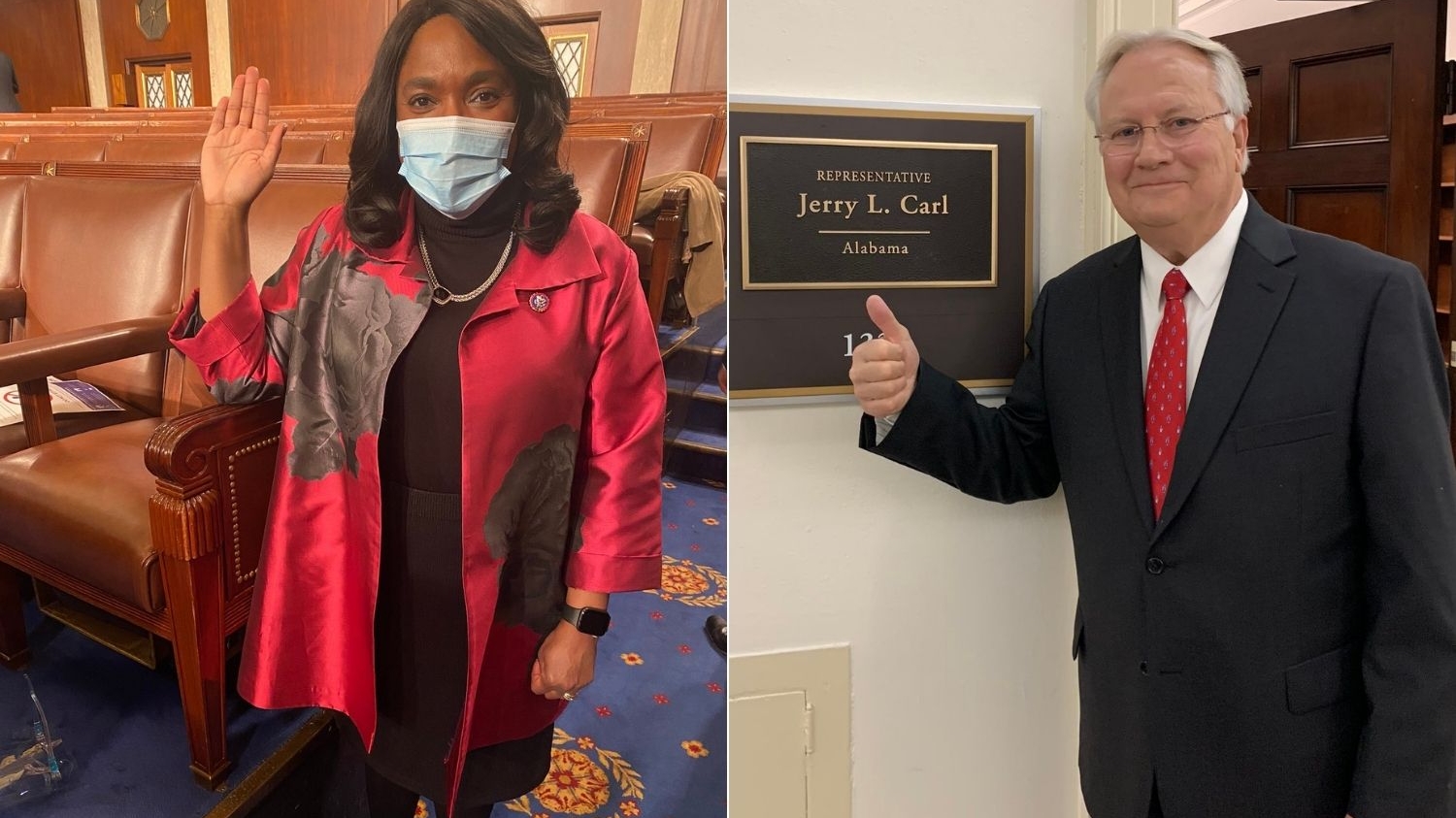 Members of the 117th Congress were sworn in at a much-abbreviated ceremony in Washington D.C. on Sunday due to COVID-19 precautions.

“It was an honor and privilege to stand on the House floor for the fourth time, pledging to support and defend the U.S. Constitution,” Palmer said. “I look forward to continuing to serve the people of Alabama’s Sixth District in Washington and pursuing sound policies for the good of the country during the 117th Congress. There is much to be done over the next two years and I am eager to get to work.”

Palmer was recently elected for a second time as chairman of the Republican Policy Committee. He represents Jefferson, Shelby, Chilton, Coosa, Blount and Bibb counties.

“I’m honored to serve the people of Alabama’s First Congressional District in Congress,” Carl said. “South Alabamians have entrusted me with the responsibility of fighting for them and being their voice in our nation’s Capitol. I’m thankful for the outpouring of prayers and support. I take this responsibility seriously, and I look forward to serving you in the 117th Congress.”

“Today, I once again took an oath to uphold the U.S. Constitution and serve the great people of Alabama’s Second Congressional District,” Moore said. “As a veteran and small business owner, I am humbled by the opportunity to serve my state and represent the voices of my constituents in the People’s House. It’s an honor to be part of the most inclusive Republican class in Congressional history and to serve in this particularly difficult time. The voters in my district have had enough of politics as usual in Washington and they want a representative who will fight to preserve our Republic and our way of life. Whether it’s reining in Washington’s runaway spending, fighting for election integrity, securing our borders, or protecting the unborn, our country’s problems can be solved through prayer and hard work. I’m ready to roll up my sleeves and get to work.”

Moore represents southeast Alabama as well as part of Montgomery and Prattville.

Speaker of the House Nancy Pelosi, D-California, was narrowly re-elected to a fourth term as speaker of the House on Sunday. The Democratic majority has decreased after the November election and a handful of Democrats refused to support Pelosi for another term. It took individual negotiations to get some reluctant Democrats on board.