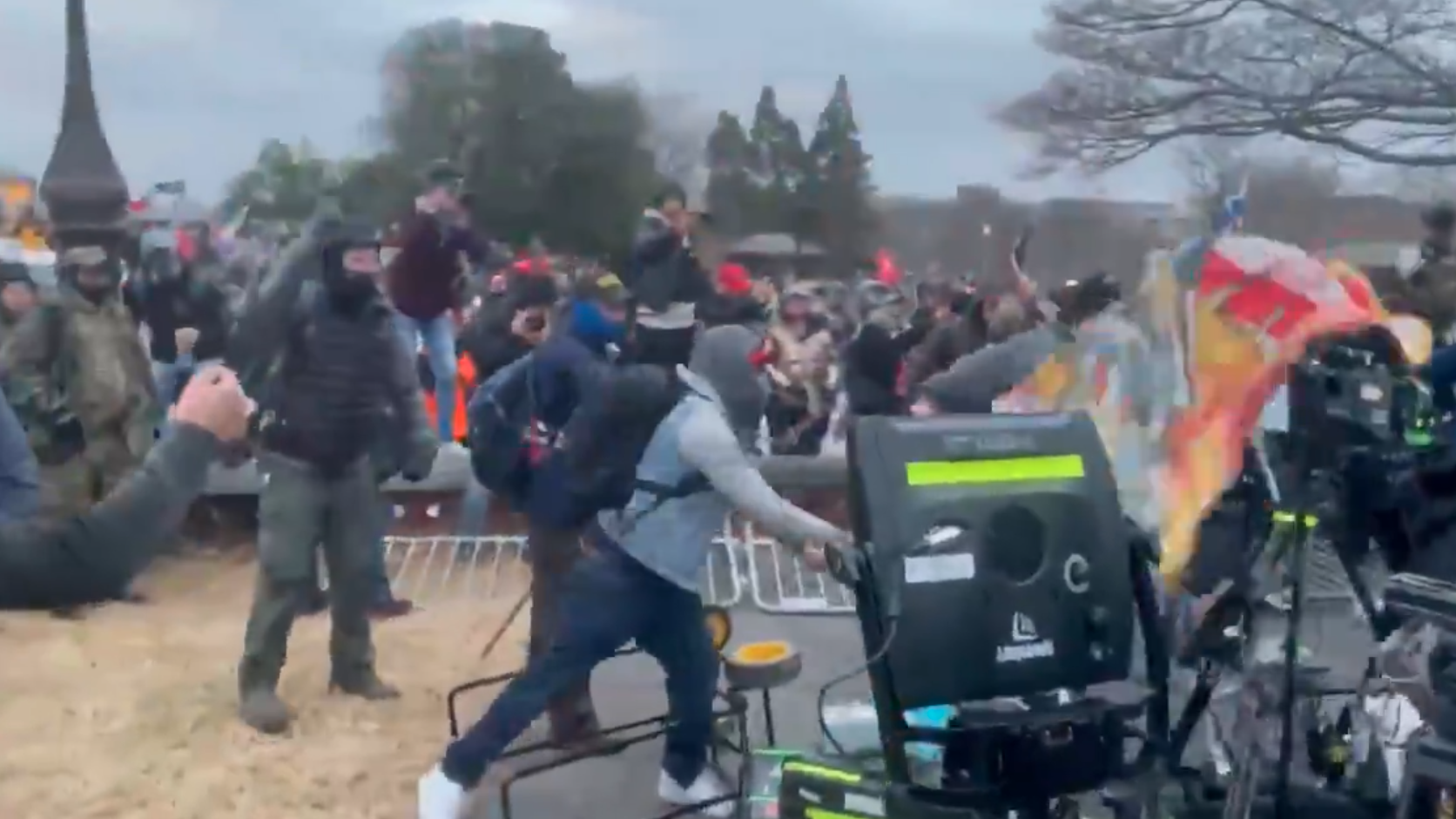 Supporters of President Donald Trump attack news media equipment at the U.S. Capitol on Wednesday, Jan. 6, 2021, in Washington. (VIA TWITTER)

The U.S. attorney for the Northern District of Alabama on Thursday announced her office will prosecute anyone who traveled from Northern Alabama and committed crimes during the attack on the U.S. Capitol on Wednesday.

“The attack on our Nation’s Capitol strikes at the heart of our democracy. If anyone from Northern Alabama traveled to DC to commit these criminal acts then they’ll be prosecuted by the USAO-NDAL to the fullest extent of the law,” said U.S. Attorney Prim Escalona in a tweet.

The FBI has asked the public to help identify suspects in the failed insurrection.

The FBI said in a statement:

“If you have witnessed unlawful violent actions, we urge you to submit any information, photos, or videos that could be relevant at fbi.gov/USCapitol. Please use this form to submit any images, videos, or other multimedia files you have related to possible violations of federal law committed. Our goal is to preserve the public’s constitutional right to protest by protecting everyone from violence and other criminal activity. You may also call ‪1-800-CALL-FBI (1-‪800-225-5324) to verbally report tips and/or information related to this investigation. If you do not have an attachment but have information to provide, please submit it at tips.fbi.gov.”

The New York Times reported on Wednesday that a 70-year-old man from Alabama was arrested by federal authorities near the Capitol and was in possession of a firearm and materials to make several Molotov cocktails. Court records show Coffman to be 70 years old and living in Falkville. He has no felony criminal record in Alabama, a search of those records revealed.

Federal prosecutors have already charged 15 people with criminal cases connected to the violence, and 40 more people were charged in DC Superior Court.

“We will continue to methodically assess evidence, charge crimes and make arrests in the coming days and weeks to ensure that those responsible are held accountable under the law,” Acting Attorney General Jeffrey Rosen said in a statement.

In this article:featured2, U.S. Capitol