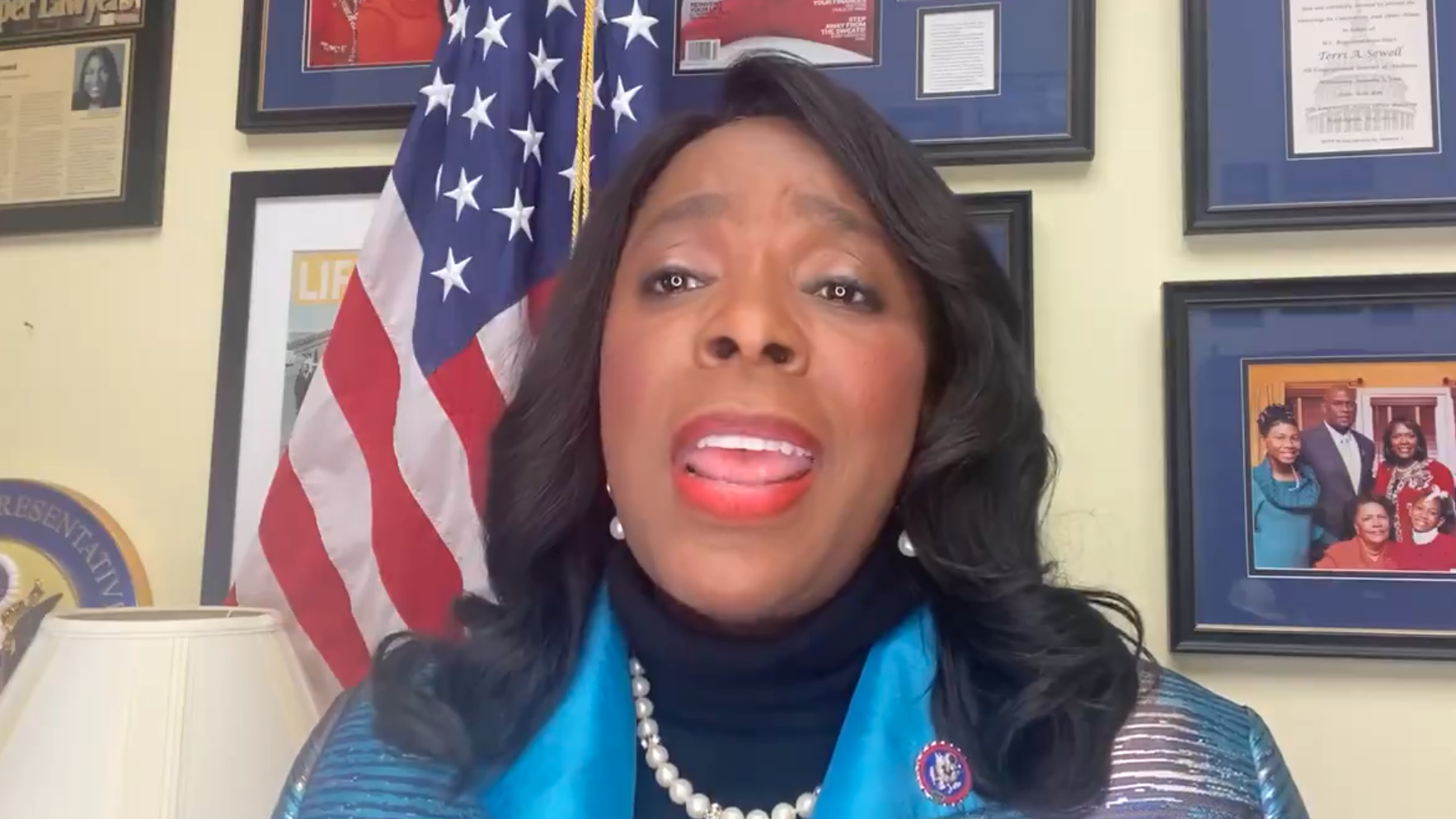 Congresswoman Terri Sewell, D-Alabama, speaks in a video addressing the Electoral College certification and the attack on the U.S. Capitol. (VIA TWITTER)

The University of Alabama Crimson Tide and The Ohio State University Buckeyes will play in the College Football Playoff National Championship game on Monday night.

Congresswomen Terri Sewell, D-Alabama, and Joyce Beatty, D-Ohio, announced a friendly wager on which team will win the national title. At stake this year is a donation to a local food bank — and bragging rights.

“I know the Buckeyes have had an impressive season, but Good Luck stopping Mac Jones, Najee Harris, and Heisman winner Devonta Smith,” Sewell said. “The Tide is going to Roll Monday night in Miami. I look forward to seeing Rep. Joyce Beatty donned in Crimson and White on the Capitol steps when we take home our 18th national title! Roll Tide!”

“As Representative of Ohio’s Third Congressional District and THE Ohio State University, I am more than confident that we will leave Miami victorious on Monday night,” Beatty said. “My good friend, Congresswoman Sewell, may love wearing crimson and houndstooth, but after the Buckeyes are finished beating Bama and winning our ninth national title, she’ll need to get used to wearing scarlet and gray. Go Buckeyes!”

If the Crimson Tide manages to win the game, Beatty will make a donation to the West Alabama Food Bank located in Northport, Alabama. Beatty will also have to wear Alabama’s crimson and white colors as well as the trademark houndstooth Bear Bryant hat on the U.S. Capitol steps and yell, “Roll Tide!”

If Ohio State wins, Sewell will make a donation to a local Ohio food bank and will wear Ohio State apparel on the U.S. Capitol steps and say, “Go Buckeyes!”

Alabama head coach Nick Saban is pursuing his seventh national championship and sixth at the University of Alabama. For Ohio State’s Ryan Day, it would be his first.

Both coaches have had to change over the course of their careers. Bryant’s first championship teams were all-white and played a pro-style offense that threw the ball a lot for the era.

Saban is 69, the same age that Bryant won his last national championship. Alabama is 12-0 and the SEC Champion. Ohio State is 7-0 and the Big Ten Championship.

Alabama Quarterback Mac Jones has thrown for 4,036 yards and 36 touchdowns with just four interceptions. Ohio State Quarterback Justin Fields is expected to be the second player taken in the NFL draft later this year.