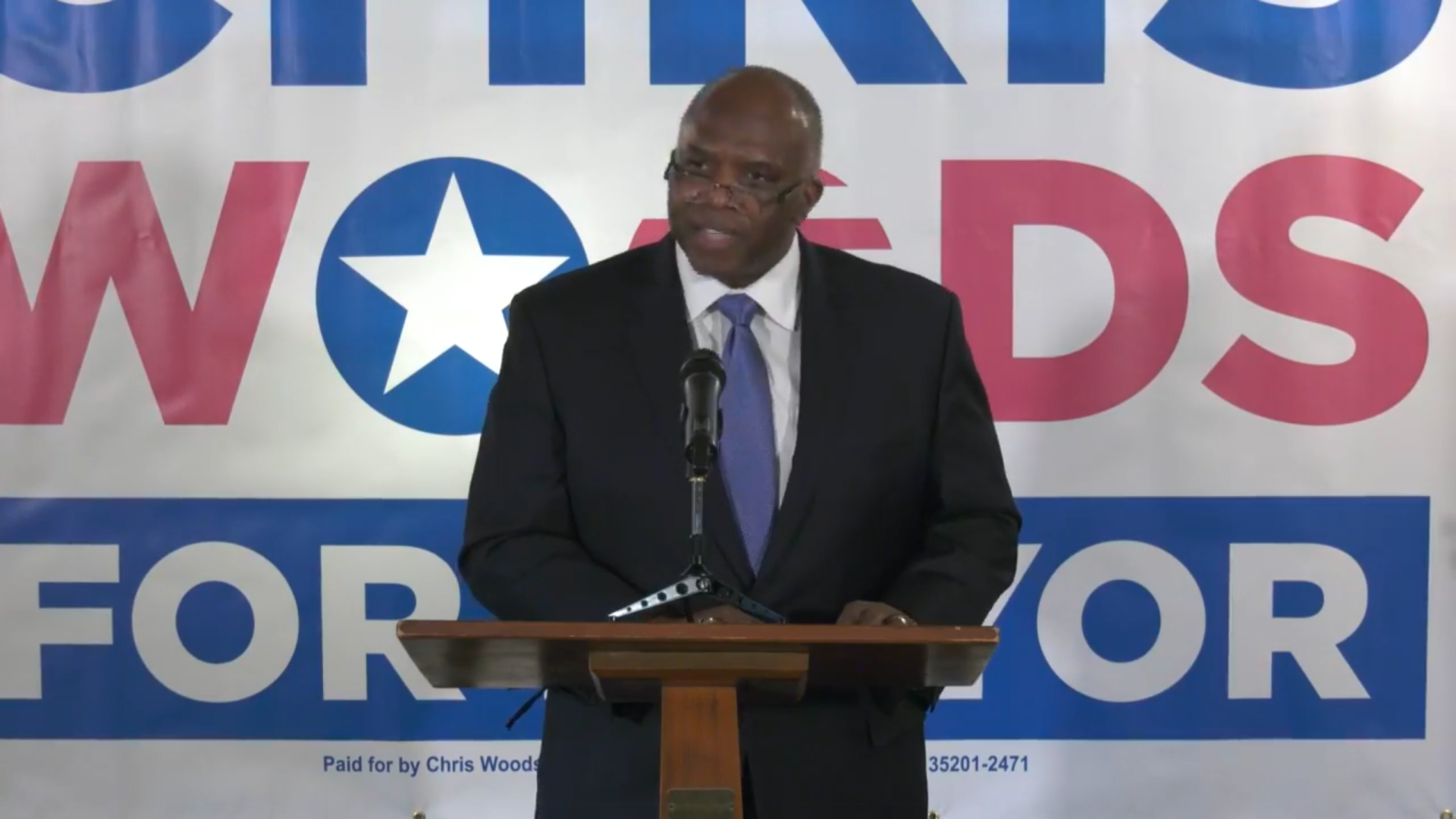 Birmingham businessman Chris Woods has announced his candidacy for mayor of Birmingham.

Birmingham businessman Chris Woods announced his entry into the Birmingham mayoral race at The Clubhouse on Highland on Wednesday, Jan. 13. Speaking to a small group of supporters and media at the live-streamed event, Woods outlined his primary campaign themes of education, crime and neighborhood revitalization.

“Birmingham has been on a tragic journey — a journey that must come to an end,” Woods said. “Tragically, Birmingham is where it is today because we have failed to invest in our communities, failed to educate our children and failed to protect our citizens while we’ve been giving away the city’s assets. This is because we’ve had a lack of leadership, vision and purpose.”

“Either we will invest in raising our children or the crIminal justice system will raise them,” Woods said. “We must create a positive environment for education that includes career development and trades exposure beginning in middle school. I also want to begin a pre-3 program for our youngsters, to address our shameful lack of early childhood educational opportunities.”

“We must deal with the violent crime in our city,” Woods said. “Babies are being abducted and murdered, and homicides are increasing at a record pace. This must come to the end! One of my main goals as mayor will be ensuring that we have a fully-staffed police department to keep our people safe. Our neighborhoods must also be a priority. We have to revitalize, rebuild and dedicate funds to our neighborhoods. As mayor, I’ll see to it that our neighborhoods will no longer be last in line.”

“Forty percent of our residents live at or beneath the poverty level, and this has only gotten worse since the COVID epidemic devastated the community,” Woods explained. “Those of us who were behind have fallen further behind, and we must not let this continue. We can no longer tolerate spectacles that are staged purely for the optics that benefit elected officials while letting businesses be damaged. My family has a long history of peacefully standing against racism and injustice, and shedding blood for their beliefs. I supported removing the monument from Lynn Park, but I will not support political grandstanding while our people suffer from rampant crime and deteriorating neighborhoods.”

Woods is a Birmingham native who attended Tuggle Elementary and Parker High Schools. He is a graduate of Auburn University, and was a member of the 1983 Auburn SEC Championship Football team. He played football professionally in both the Canadian Football League and the National Football League for the Los Angeles Raiders.

He is currently the president and CEO of CW Woods Contracting where he has worked for 31 years. He and his wife of 37 years, Cassandra, have four children and one grandson.