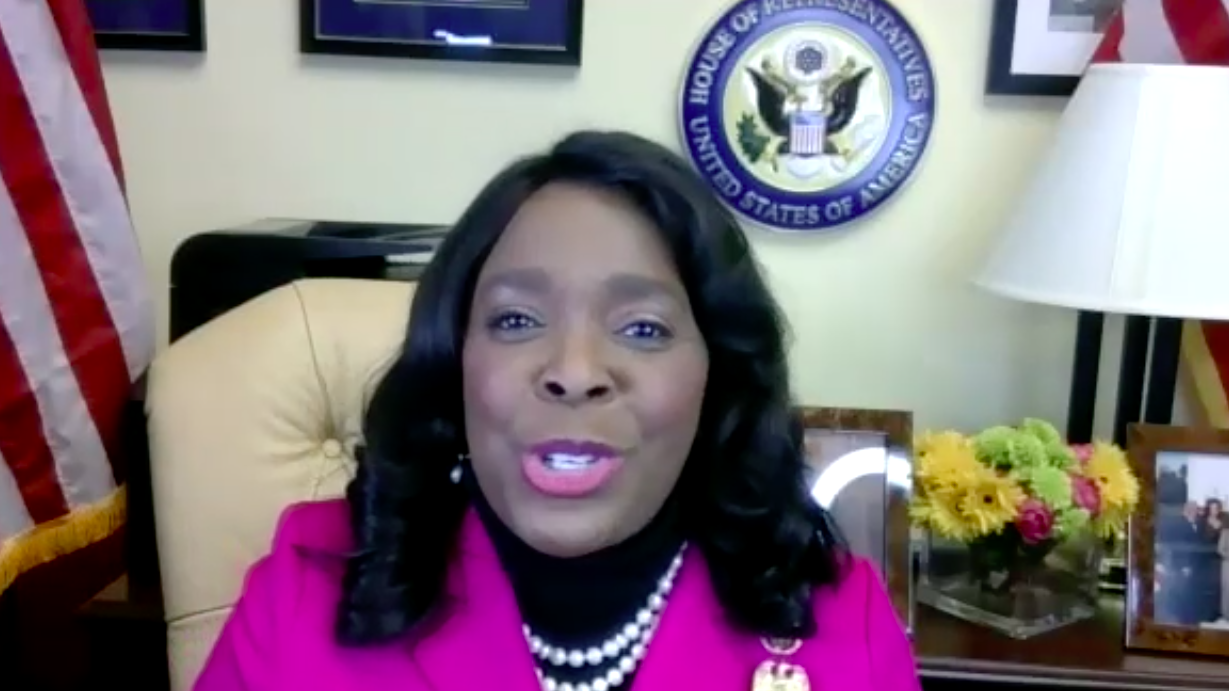 Congresswoman Terri Sewell, D-Alabama, told reporters Wednesday after the inauguration that the historic election of Vice President Kamala Harris — the first female, first Black and first Asian-American vice president — is the product of the sacrifices of so many who came before her.

“She’s very humbled,” Sewell said of Harris. “She knows it’s not about her. It’s really about the sacrifices of generations of women who really led to this point. She is fiercely reminded of that but she also knows that she has to forge the path for others to follow behind.”

Sewell said it says a lot about Harris that President Joe Biden selected her for vice president, and that she believes Harris will do the very best in her role, irrespective of race or gender.

“I think that little girls around the world will look up and see what’s possible, by the work and the very position that she has obtained,” Sewell said.

“As I sat beneath the Capitol watching President Biden and Vice President Harris take the oath, I was reminded that today would not have been possible without amazing sacrifices made by American heroes, like John Lewis and Amelia Boynton Robinson,” Sewell said. “Others for my district, who had the great temerity to fight for equality and justice for all. It was a lot of those known and unknown foot soldiers of the movement who really risked their lives so that all Americans could have the sacred right to vote.”

Sewell said she also believes the country owes a debt to women suffragettes, Black women and women of color who paved the way so that the U.S. could have the first Black and first female vice president.

“I think that girls across this nation, millions of girls across this nation and world, will now see themselves manifested in Vice President Kamala Harris,” Sewell said. “As Vice President Harris often says, our work is not done. It’s not enough to be the first. It’s all about breaking down barriers and making sure that you’re opening doors so that you’re never the last, and I believe that she will work to continue to earn the great respect that the American people have placed at her.”

Sewell said she believes in the sincerity of Biden’s statement in his inauguration speech, that he would work just as hard for those who didn’t vote for him as for those who did. Biden’s call for unity in a time of such strife is what’s needed in this moment, she explained.

When pro-Trump rioters attacked the U.S. Capitol on Jan. 6, Sewell was in the Capitol, and was rushed into a protective room with her colleagues as the chaos unfolded and rioters tried to make their way further inside the building. Sewell commented on that violent day.

“We heard the roar of the crowd. We heard the incitement to violence. ‘Hang Mike Pence,’” Sewell said. “We heard the gunshots of the person who was shot in the speaker’s lobby, literally a stone’s throw from where we were.”

Sewell also spoke on the resilience of the country’s democracy, echoing Biden’s comments made moments before during his inaugural speech.

“I know that we as a people are resilient, and I really hope that we will put our divisions aside and do as President Biden urged us in his speech, to unite, to really try to heal our divide by listening to one another,” Sewell said. “By working with one another, but also just remembering that we are so interconnected.”