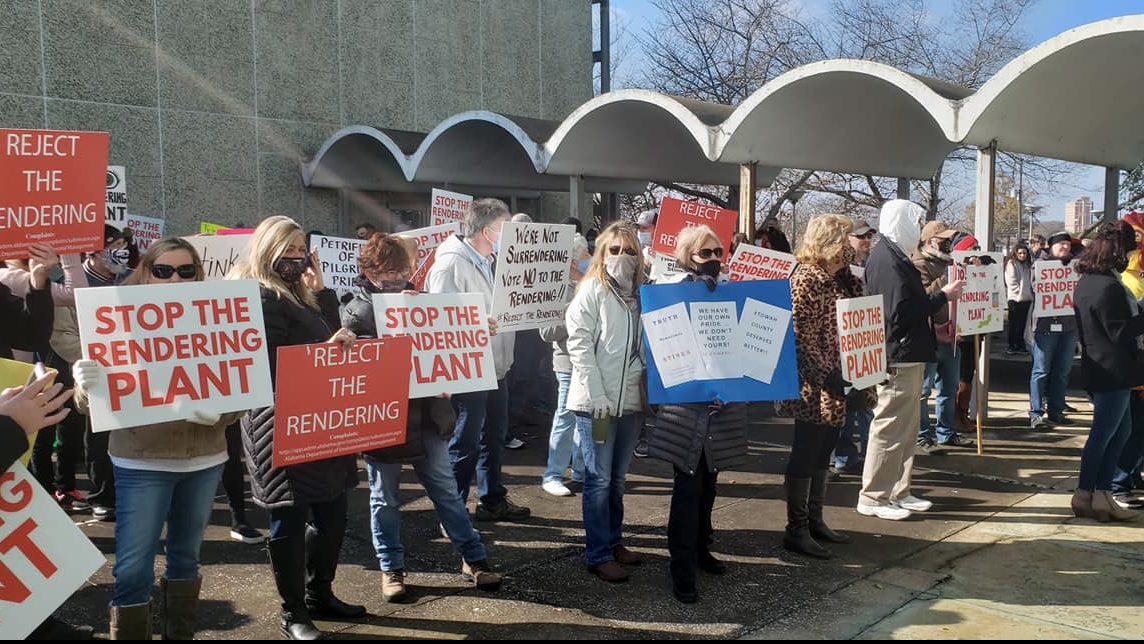 A planned rendering plant near the airport in Gadsden has drawn widespread local opposition. (FACEBOOK)

While not specifically named, the legislation — sponsored by state Sen. Andrew Jones, R-Centre —  is targeting a Pilgrim’s Pride rendering plant that the city of Gadsden wants to locate near the Northeast Alabama Regional Airport. The Steele Station Road site is near many property owners in Rainbow City on Neely Henry Lake. Those residents have been adamant that they do not want the rendering plant in their community.

The Alabama Department of Environmental Management is currently considering applications for permits at the proposed rendering plant. A rendering plant converts packing house waste, kitchen grease and livestock carcasses into industrial fats and oils — such as tallow for soap — and various other products including fertilizer. Pilgrim’s Pride is a major employer in Etowah County and the surrounding counties.

Gadsden insists that the city needs the jobs from the plant, and Pilgrim’s Pride insists that it needs the rendering plant to deal with the waste material from its chicken processing plants in Gadsden.

SB131 would apply only to an “animal byproduct processing facility that begins operations at any time following six months prior to the effective date of this act and which is located within three miles of the corporate limits of a municipality.”

Jones said that Pilgrim’s Pride has had more than $50,000,000 in fines assessed against them since January 1, 2000, for violations of federal law and regulations.

The property owners compensated for the loss of property value would be within three miles of the facility.

The bill has been assigned to the state Senate’s Local Legislation Committee. The 2021 Legislative Session began on Tuesday.