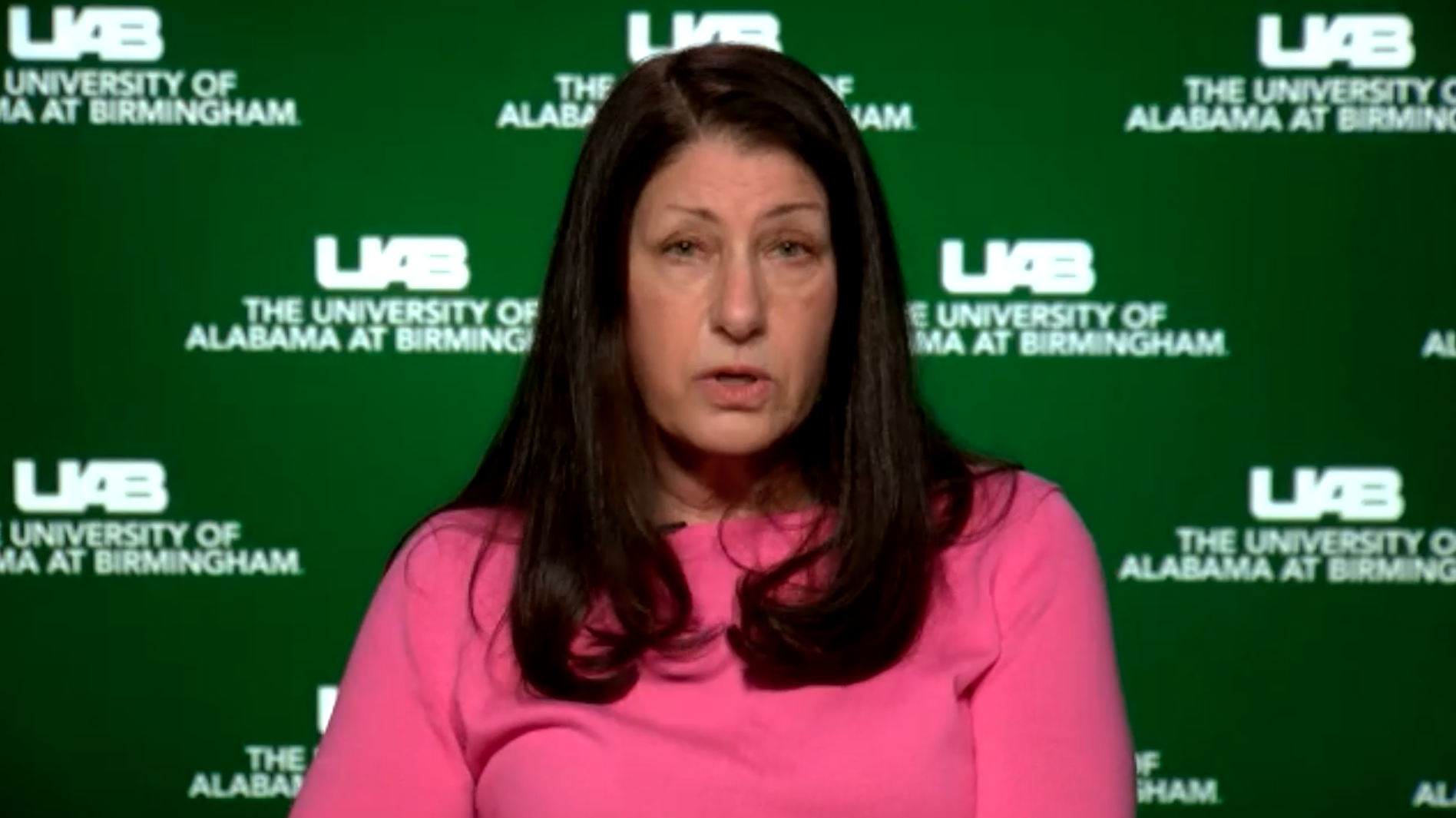 A new COVID-19 vaccine dashboard aims to give researchers and the public the best, most up-to-date data on vaccinations possible. The University of Alabama at Birmingham partnered with the Massachusetts-based PathCheck Foundation, which was founded at the Massachusetts Institute of Technology, to create the dashboard, which can be found here.

“It provides an interactive COVID-19 vaccination dashboard that allows researchers and public health officials to answer important questions, including trends for the future,” said Sue Feldman, professor and director of graduate programs in health informatics in UAB’s School of Health Professions, speaking to reporters Monday. “Normally constrained by the fragmented landscape of local systems and data collection processes, users can access aggregated vaccination data and visualize information by state, region and country.”

Feldman said work is underway to add more analytics to the dashboard around topics including herd immunity and, based on supply, how long it will take to get populations vaccinated.

The graph on Monday showed that there were 336,464 doses available in Alabama, and 4.5 million people still unvaccinated. The dashboard also ranks Alabama last in the nation when it comes to the percentage of doses administered at 58 percent.

The U.S. leads the world in the number of doses administered, with 42.4 million administered as of Monday afternoon, according to the dashboard.

Researchers use data from the Centers for Disease Control and Prevention to populate the dashboard with information for the United States and individual states, and official government websites to glean data for other countries. Those websites are searched for new data every four hours and the dashboard updated, Feldman said.

Ramesh Raskar, associate professor in the Massachusetts Institute of Technology Media Lab and board chair and chief scientist at PathCheck Foundation, told reporters Monday that the dashboard is more than just a snapshot of vaccinations at any given time.

“It’s really a way to bring up all the best practices that could be going on across the country or across the world, and bring them in one place,” Raskar said.

Raskar said the goal is to make the dashboard data as relevant and in realtime as possible.

“But also to provide answers to the questions that we all are going to ask in the coming days, that relate to how long it’s going to take for each county or each zip code to move forward,” Raskar said. “Are we reaching the vulnerable population with health equity? … Are we reaching herd immunity?”

State Health Officer Dr. Scott Harris told reporters in a separate press conference on Friday that the Alabama Department of Public Health would “very soon” be publishing demographic data on vaccinations, including age and race. Harris said the delay in releasing the information is due to “holes in the data” ADPH discovered.

Rasker said Harris has told him the ADPH plans to release more data, and that they’re hearing similarly from other states.

“They’re very keen to release more data on, are we covering the low-income neighborhoods? Are we covering vulnerable populations?” Rasker said.

Feldman said there’s a lot of speculation by the public about vaccinations, and explained that by having the information all in one place, the hope is it will reduce some of the public’s anxiety by providing factual information.

“And that’s what people want. They just want to know,” Feldman said. “And that’s important.”

In this article:Centers for Disease Control and Prevention, coronavirus, COVID-19, Featured, UAB at Birmingham, vaccines

Dr. Scott Harris, who is vaccinated and boosted, on Tuesday tested positive for COVID-19 on Tuesday but is exhibiting mild symptoms.