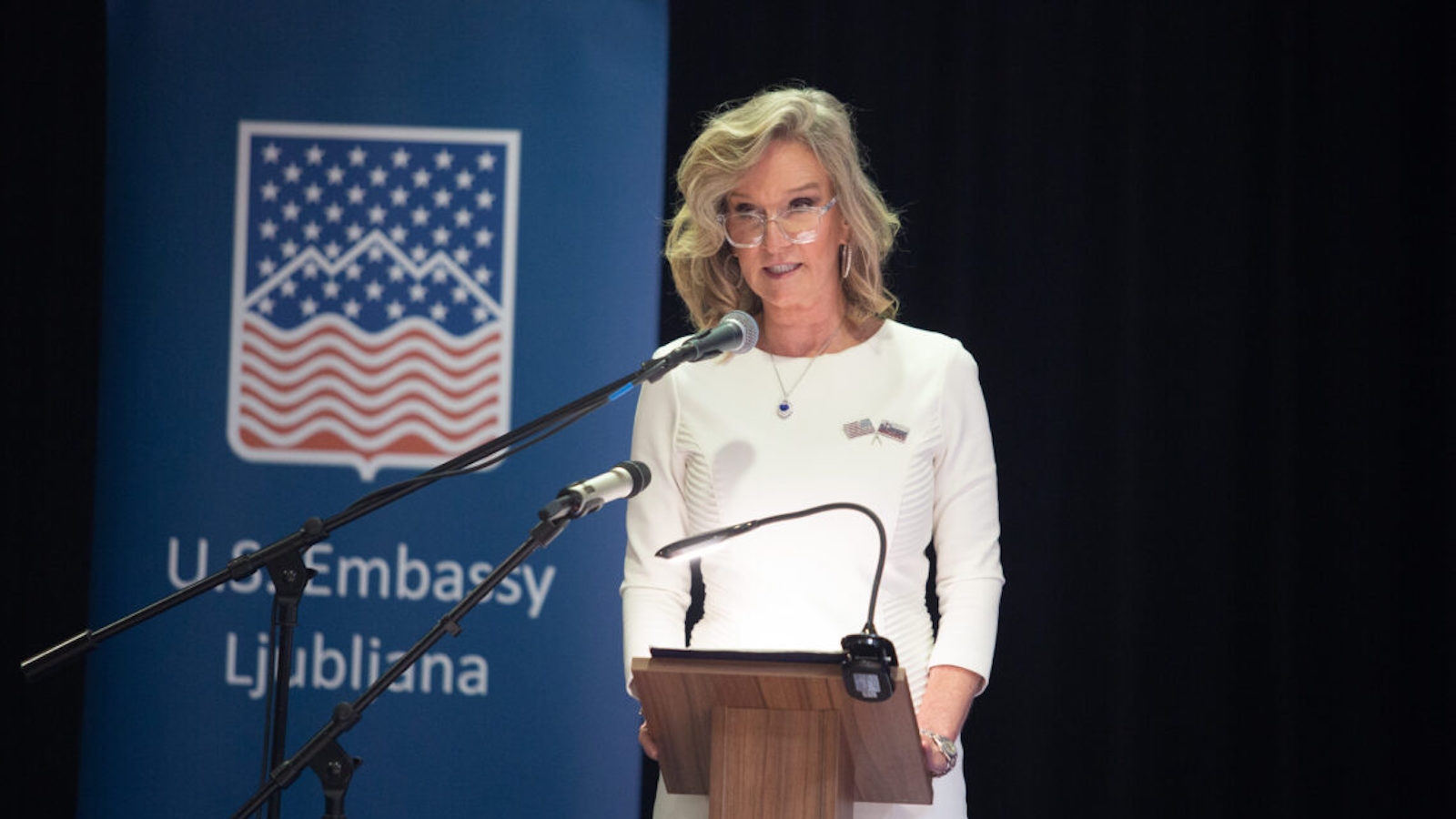 Former Ambassador to Slovenia Lynda Blanchard this week released a statement indicating that she likely will run for the U.S. Senate seat set to be vacated in 2023 when Republican Alabama Senator Richard Shelby retires at the end of his term.

“Prior to being recruited to join the Trump administration, holding public office had never crossed my mind, but serving our state and nation under history’s greatest president showed me the importance of being a citizen-servant,” Blanchard said. “Our country will be stronger, safer, and more prosperous if we continue putting America first, and I am deeply interested in promoting President Trump’s MAGA agenda while fighting the socialist policies of the Biden/Pelosi/Sanders/Schumer crowd.”

Blanchard is one of several candidates speculated to be likely to run for the Senate after Shelby announced that he would not run for a seventh term representing Alabama in the Senate.

Blanchard is a successful business executive and international humanitarian. Blanchard co-founded and was the former CEO of the 100X Development Foundation, created in 2004 in Montgomery, Alabama, to foster creative solutions to eradicate poverty and its negative effects improving the lives of children around the world. Concurrently, she co-founded and was the senior adviser at B&M Management Company, a real estate investment management company valued at over $1 billion.

Blanchard was nominated to be the U.S. ambassador to Slovenia by President Donald Trump in June 2018. She was confirmed by the Senate on July 18, 2019, in a 55 to 41 vote. She resigned following President Joe Biden’s inauguration earlier this year.

Blanchard says that she is a passionate advocate for children’s issues internationally and domestically. She has worked in Africa, Asia and South America engaging with local partners to further 100X’s mission resulting in innovative partnerships to establish orphanages, sustainable development programs and food production companies that have improved the lives of thousands of families in 16 countries.

Blanchard said that as the former CEO of 100X, she was actively involved in shaping and approving the goals and priorities of each of the Foundation’s programs.

Blanchard served on the advisory board for the Montgomery-area Nontraditional Equestrians, a non-profit organization that provides therapeutic horseback riding opportunities to people with emotional, physical, cognitive and developmental disabilities. Blanchard has voluntarily served on the boards and otherwise supported numerous other education programs in Alabama and has worked to help families who are interested in adoption.

Blanchard, age 61, is a mother to seven and is an international adoptive parent.

She has a bachelor’s degree in mathematics with a minor in computer science from Auburn University. Blanchard has learned five computer languages and is the recipient of many international and domestic awards recognizing her humanitarian contributions. She also speaks basic Spanish.