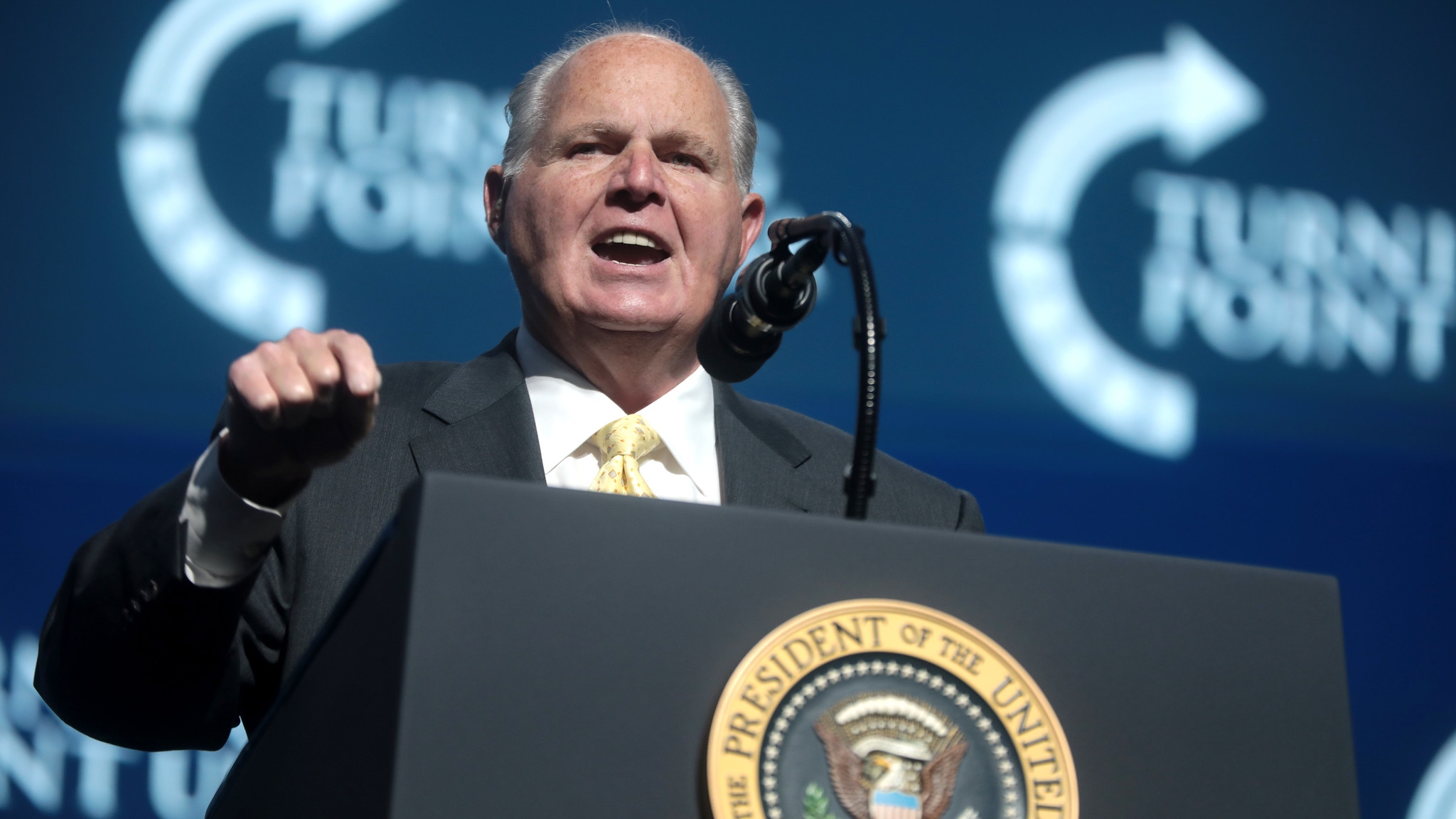 A number of Alabama leaders expressed their condolences after his death.

“Very saddened to hear legendary talk show radio host Rush Limbaugh has succumbed to his battle with lung cancer. His profound decades long career as a national voice for conservatives will be sincerely missed on the airwaves.”

“I’m very sad to hear of the news of Rush Limbaugh’s passing. For more than three decades Rush has been a voice for conservatism. When he began his nationally syndicated program, he singlehandedly changed the political landscape of America. Rush’s message in the early 1990s helped lead to the Republican revolution of 1994, and I believe played a role in my own election in 1996. Rush will be missed. My prayers go out to his family and his millions of listeners.”

“Rush Limbaugh led millions of listeners to embrace the conservative cause, and he will be deeply missed by all of us who admired him. Godspeed, Rush, and thank you for always being the voice of commonsense conservative values.”

“I join millions of Americans in mourning the passing of Rush Limbaugh. I first listened to Rush in 1987, when I was still working for an international engineering company. I’d never heard anyone speak about the issues confronting our nation with such clarity. I really believe that Rush Limbaugh, in many respects, became a political mentor to me, as he was to millions more. Ronald Reagan may have launched the modern conservative movement, but Rush Limbaugh built it by speaking to tens of millions of Americans every week.

“He leaves a tremendous void, and it is now the responsibility of those he mentored to fill it. He will be greatly missed. Ann and I extend our deepest sympathy to the Limbaugh family at this difficult time and will remember them in our prayers.”

“Over the course of many years, whether in the car or on the treadmill, there was one man who taught me so much about conservative values: Rush Limbaugh. I’m forever thankful for his impact on me and millions of Americans during his three decades on air.

“Rush’s thoughtful, conservative perspective will be sorely missed, but he has paved the way for the next generation of conservative voices. My prayers are with the Limbaugh family during this time.”

“Today, America lost a giant of a man and a true conservative leader whose resonating voice helped shape and influence public policy in our nation for more than four decades! Rush Limbaugh was both revered and feared by those with whom he engaged! We shall not see his like again!”

“Rush Limbaugh captivated audiences for decades. He was a fearless commentator, a conservative firebrand, and a patriot. A radio trailblazer, Rush gave a voice to those who lacked a voice in the national mainstream media. My thoughts & prayers are with his loved ones.”

“Rush brought conservative talk radio out of the shadows of obscure AM stations and into the mainstream. I remember in his early days’ restaurants like the Varsity in Atlanta had ‘Rush Rooms’ where you could listen to Rush while you ate lunch. It was always packed. He was a master communicator. He always made you pause and think, whether you agreed with him or not.

“I was so happy that President Trump awarded Rush the Medal of Freedom during the State of the Union in 2020 knowing that his days on this earth were numbered. As President Trump said on Fox today; ‘There are not many legends around, but he is a legend,’ adding later: ‘He got it he really got it.’ He was always optimistic and always lifting up America. Mega Heavenly Dittos my friend.”

“I’m saddened to hear Rush Limbaugh has passed away. Rush was a conservative icon who transformed American talk radio, and I always appreciated his deep knowledge on nearly any subject. He will be missed by all. Please join me in surrounding his family and friends with prayer.”

“Rush Limbaugh, the father and patron saint of conservative talk radio, has passed away. His voice from behind the Golden EIB Microphone will be greatly missed, but today we remember the long legacy of defending liberty he leaves behind. We have lost a great American.”

“I’m terribly saddened to hear about Rush Limbaugh’s passing. Rush was a radio legend who educated generations of Americans and was a champion of conservative values. As a longtime listener myself, Rush had a profound impact on my own beliefs, and I am eternally grateful for his wisdom and courage to unapologetically speak his mind. My thoughts and prayers are with his family during this difficult time.”

“A listener since his first days on a small AM radio I had…even today when I travel I find his station wherever I am #rushlimbaugh #EIB Carry on folks…the message is still needed- per Rush.”

U.S. Rep. Mike Rogers, R-Alabama, on Facebook said ”Rest In Peace,” followed by a scripture passage: “Come to me, all you who are weary and burdened, and I will give you rest. Take my yoke upon you and learn from me, for I am gentle and humble in heart, and you will find rest for your souls. For my yoke is easy and my burden is light. Matthew 11:28-30.”