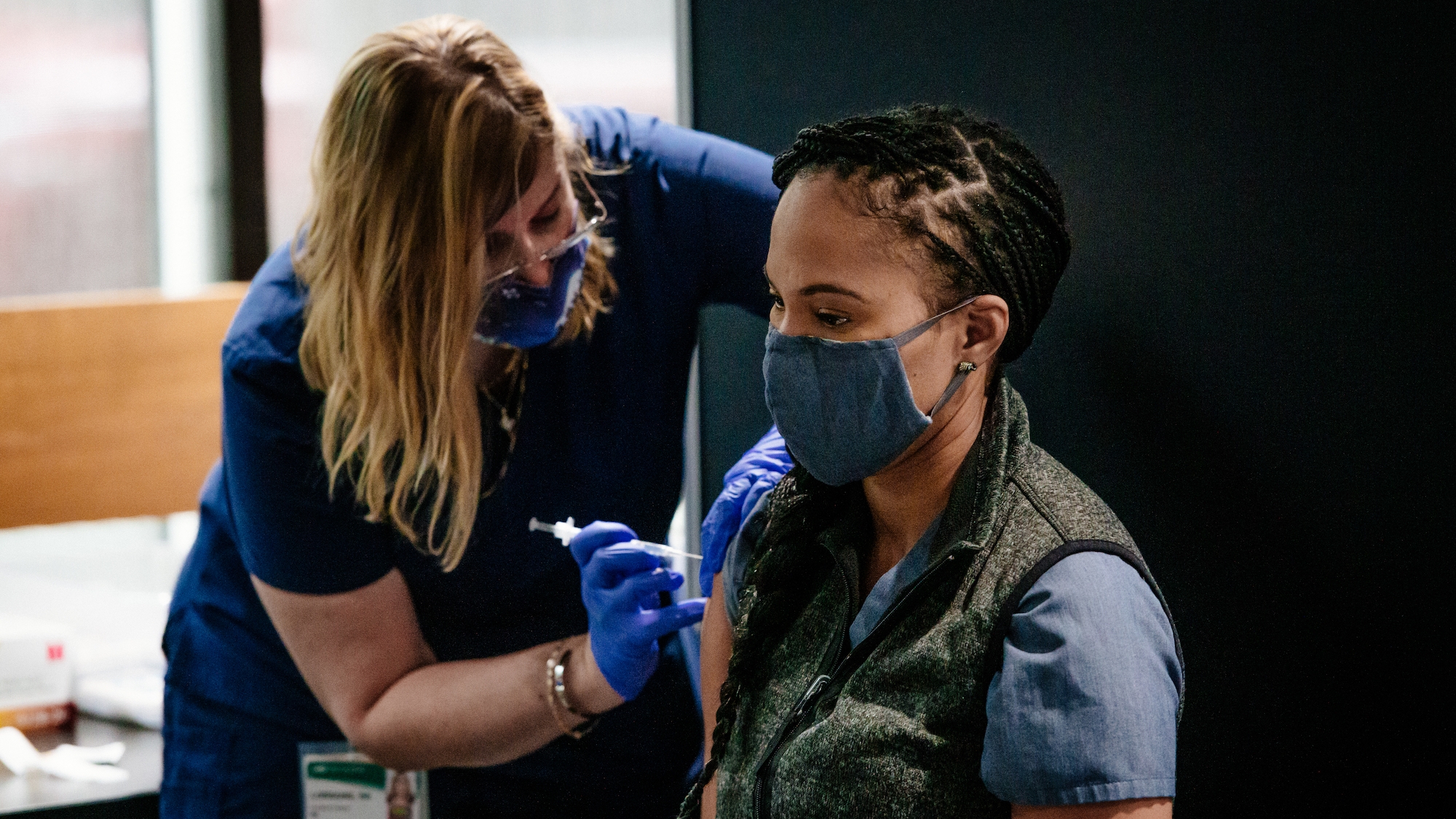 A health care worker at UAB Hospital receives the COVID-19 vaccine. (VIA UAB)

Almost 21 percent of COVID-19 vaccination doses administered by the University of Alabama at Birmingham and UAB Medicine were administered to people who self-identified as Black, according to UAB.

Black people are at greater risk from complications and death as a result of coronavirus, according to the CDC. The Kaiser Family Foundation report notes that while Black people make up just 27 percent of Alabama’s population, they account for 29 percent of all cases and 31 percent of all deaths in the state.

“From the beginning, we have been purposeful in our planning and outreach to make equity a central focus of our vaccination efforts,” said Dr. Sarah Nafziger, vice president of clinical operations for UAB Hospital, speaking to UAB News. “While our early results are better than the national average with Black communities, we are not satisfied and will continue our efforts to increase outreach among underrepresented groups.”

Of the 34 states that are reporting race and ethnicity data, as studied by the Kaiser Family Foundation report, UAB is vaccinating Black people at a greater percentage than all but two.

UAB vaccinations of the 18,092 people who have received first and second doses account for 14 percent of Alabamians who have received both doses, according to UAB News. The 59,167 vaccine doses administered by UAB accounted for 10 percent of the total number of doses administered by the Alabama Department of Public Health, according to the department’s dashboard. 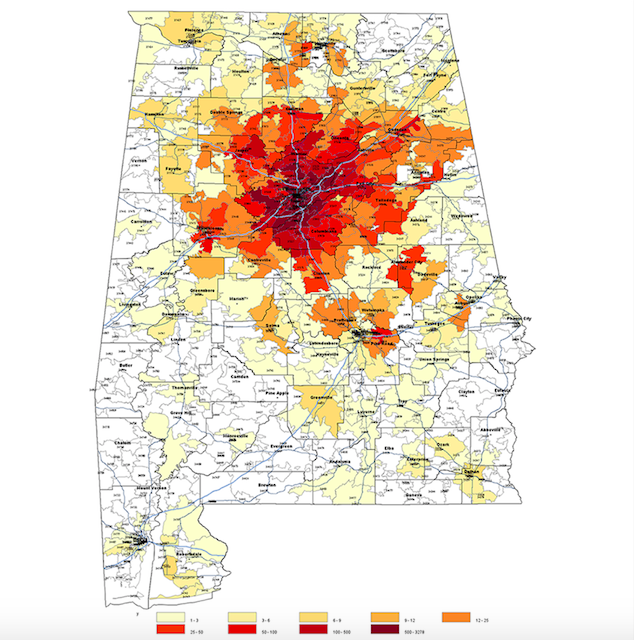 “When we brought the proposals to open these community vaccination sites, the leadership of the university and UAB Health System never questioned whether or not UAB should do it,” Nafziger told UAB News. “They said, ‘Absolutely, you do whatever is needed to partner with public health groups to make sure we get this done so we can end this pandemic.’ I’m very grateful to our leadership team for allowing us to do this.”

Nafziger told UAB News that if more vaccine doses were available, UAB could administer many more each week.

“We believe we have the capacity to deliver up to 20,000 doses of vaccine per week with the current structure we have in place,” Nafziger said. “But we are not receiving enough vaccine to supply our sites at that level, and our allocations have decreased. We’re going to continue to work with the Alabama Department of Public Health, and when they give us vaccine, we will deliver it quickly and efficiently to eligible people.”

An additional 25 percent increase in vaccine shipments from the federal government to states this week may boost Alabama’s vaccination numbers, however, and a third vaccine by the drug company Johnson & Johnson, which requires just one shot instead of two, could soon be approved for use, which could widen vaccinations nationwide.

An official with President Joe Biden’s administration announced Tuesday that states would get an additional 25 percent increase this week, according to USA Today.