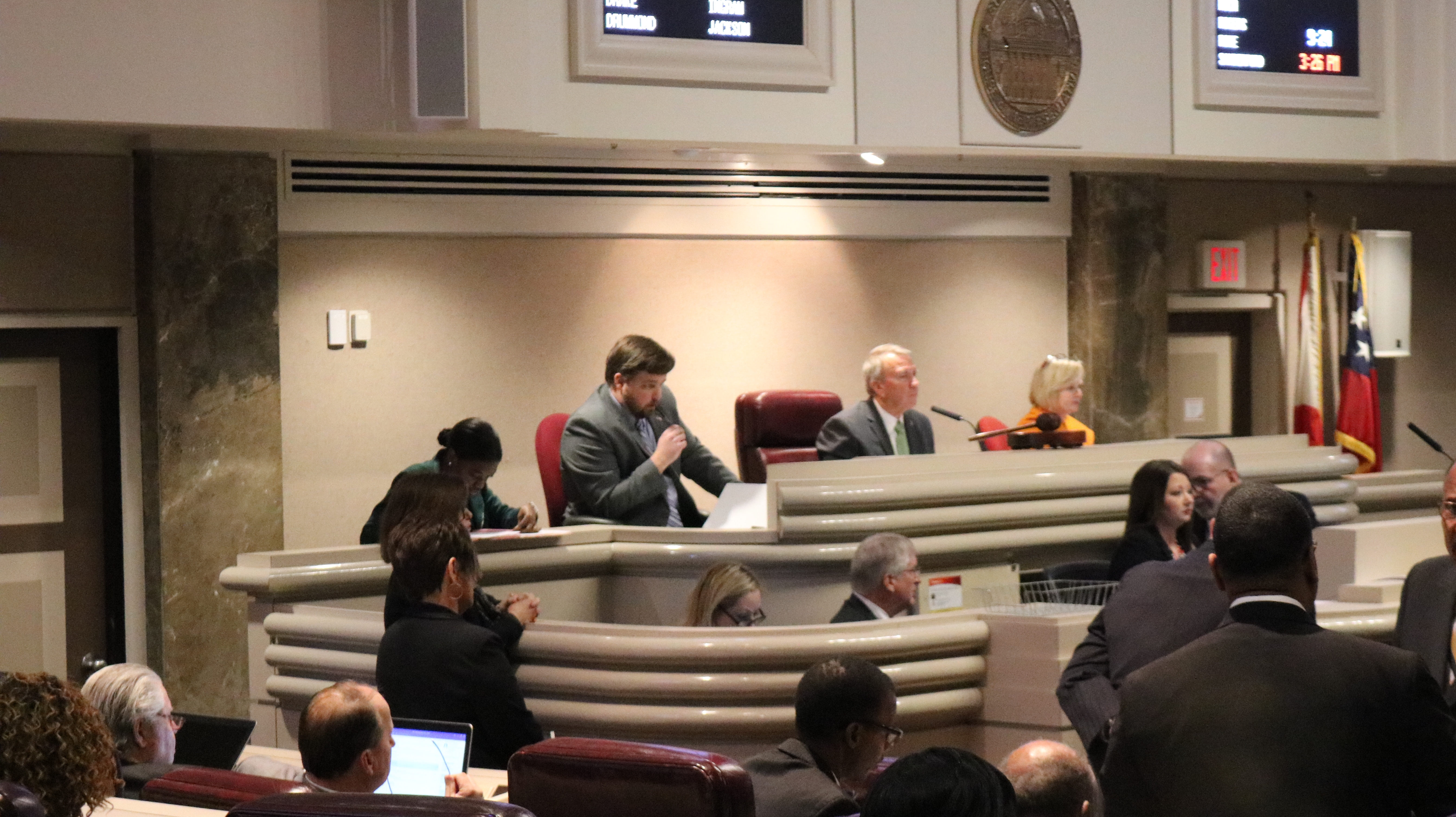 The Alabama House of Representatives and the Alabama Senate will return to Montgomery on Tuesday for the 10th day of the 2021 Legislative Session. The House will go into session at 1 p.m. and the Senate will convene at 2 p.m.

The House will be considering House Bill 392 by state Rep. Mike Jones, R-Andalusia, which would create a Joint Legislative Oversight Committee on Obligation Transparency to give the Legislature oversight of large contracts signed by the governor’s office. It is the current understanding that this would not retroactively give the Legislature the ability to deal with existing contracts, including Gov. Kay Ivey’s $3 billion lease agreements with private prison owners, though that partly inspired legislators to draft this legislation.

Also being considered is House Bill 103 by Rep. Jamie Kiel, R-Russellville. Under existing law, the governor and Legislature are each authorized to declare a state of emergency. During a state of emergency, the governor, state departments and agencies and local governing bodies are authorized to issue emergency orders, rules or regulations, including orders, rules or regulations that require businesses and other entities to implement certain safety precautions in order to operate. This bill would provide that, during a state of emergency involving a pandemic, epidemic, bioterrorism event, or the appearance of a novel or previously controlled or eradicated infectious disease or biological toxin, businesses and churches could continue to operate as long as they follow safety precautions.

House Bill 385 by Rep. Laura Hall, D-Huntsville, would revise the focus of the content, course materials and instruction provided to public school students in any program or curriculum that includes sex education or the human reproductive process. Some critics have claimed that the current course of study for sex education and morality is archaic.

House Bill 255 by Rep. Shedd, R-Baileyton, dealing with the Senior Services Department advisory board of directors would allow authorization for designee to attend meetings on behalf of an ex officio member and creates an additional member of the board.

House Bill 330 by Rep. Alan Baker, R-Brewton, on criminal prosecutions, would update outdated language in existing laws pertaining to video depositions in child abuse prosecutions. The current code talks about video tape. Most videos done today are not done in a “tape” format.

House Bill 136 by Rep. Chip Brown, R-Hollinger’s Island, would designate the Dauphin Island Sea Lab as the official Aquarium of the state of Alabama.

House Bill 391 by Rep. Scott Stadthagen, R-Hartselle, would provide that public K-12 schools may not participate in, sponsor, or provide coaching staff for interscholastic athletic events at which athletes are allowed to participate in competition against athletes who are of a different biological sex, unless the event specifically includes both biological sexes.

House Bill 344 by state Rep. David Faulkner, R-Mountain Brook, would allow seniors who qualify for a homestead exemption, to apply for that exemption electronically rather than having to go to the courthouse.

House Bill 340 by Faulkner would exempt materials used for public road and highway projects from having to pay sales and use taxes.

House Bill 246 by Gray would allow yoga to be offered in Alabama K-12 schools.

The Alabama Senate has not yet released a proposed special order calendar for their session.