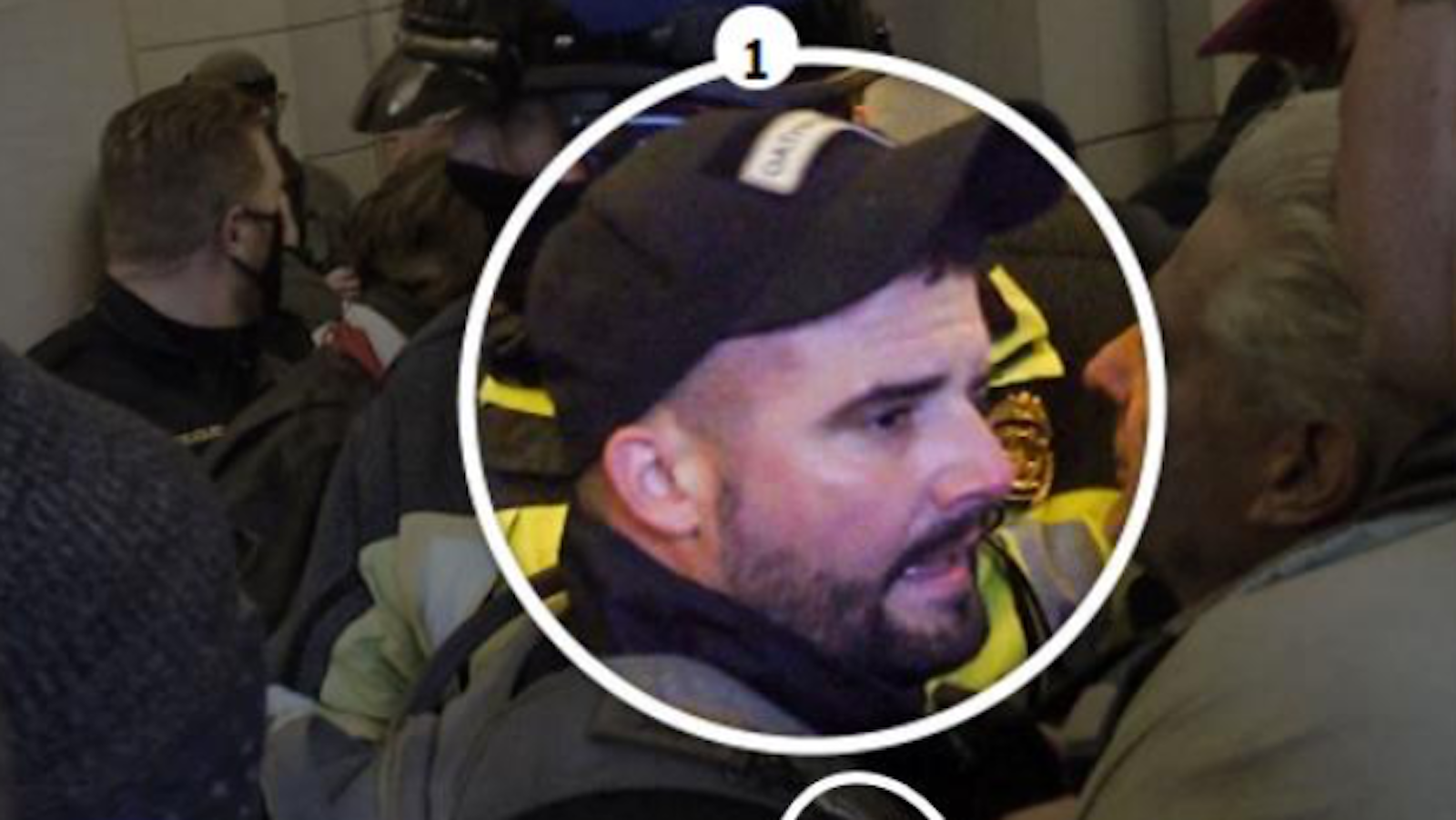 An Alabama man and member of the right-wing militia group the Oath Keepers, who guarded former President Donald Trump’s close ally Roger Stone, and who broke into the U.S. Capitol, has been arrested and charged in connection with the deadly attack.

Joshua James, 33, of Arab was arrested Tuesday in Arab, according to his arrest warrant. The criminal complaint against Jones lists his charges as obstruction of an official proceeding and aiding and abetting, and entering a restricted building or grounds.

James’s arrest came a day after the arrest of another Oath Keeper, Roberto Minuta, 36, of New Jersey, charged with obstructing an official proceeding, entering a restricted building and tampering with documents and proceedings, connected to his role in the Capitol attack, according to news accounts.

Photos taken on Jan. 5, the day before the Capitol siege, and published by ABC News, appear to show a man standing next to Roger Stone wearing the same black hat with an Oath Keepers badge and an orange paracord on his shoulder, as detailed in an affidavit filed in Jones’s case that Jones was wearing in separate photos and video taken of him inside the Capitol during the attack. 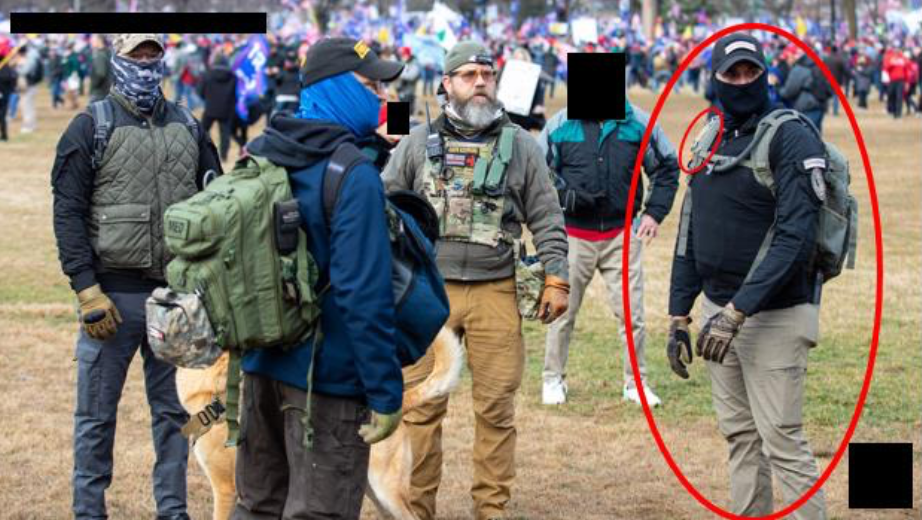 Photos taken on Jan. 5, the day before the Capitol siege, and published by ABC News appear to show a man standing next to Roger Stone wearing the same black hat.

In the affidavit, the FBI investigator writes that James was in Washington D.C. on Jan. 5.

“That day, James and others similarly dressed with Oath Keeper and tactical gear served as a security detail for a speaker at the ‘Stop the Steal’ rallies and events,” the affidavit reads. It does not mention Stone by name, however.

“On January 6, 2021, James and a number of the same Oath Keepers he was with on January 5 — all clad in much of the same tactical and Oath Keeper gear they had donned the day prior — are seen in photographs and videos walking together throughout Washington D.C., and eventually toward the Capitol building,” the affidavit continues.

After entering the Capitol grounds, James stood alongside other Oath Keepers, one of whom “aggressively berated and taunted U.S. Capitol police officers responsible for protecting the Capitol and the representatives inside,” according to the court records.

“James then stormed the U.S. Capitol and obstructed Congressional proceedings with other rioters on January 6, 2021,” the FBI investigator continues. “Soon afterward, video and photographs show James gathered together with a number of other Oath Keepers who had also stormed the Capitol, all standing within 100 feet of the building.”

James, owner of American Pro Hydro Services LLC in Arab, was in phone contact with an unnamed person identified in court records as “Person Five” throughout November and December, according to the affidavit, and specifically on Nov. 14, 2020, when Oath Keepers attended rallies in Washington D.C. that day “at which some Oath Keepers, to include Person Five, operated as a personal security detail for one or more speakers at the events.”

More calls between James and Person Five took place between Nov. 20 and Dec. 11, according to court records.

“Your affiant is aware that certain Oath Keepers attended rallies in Washington, D.C., held on December 12, 2020, to protest the results of the 2020 election—at which some Oath Keepers, to include Person Five, operated as a personal security detail for speakers at the events,” the FBI investigator wrote.

“According to public statements made by Person One, the Oath Keepers were present in the vicinity of Washington, D.C., on January 5-6, 2021, to provide security to ‘VIPs’ at the rallies and events scheduled for those dates,” the affidavit states.

The affidavit goes on to detail images taken of James at the rally prior to the attack, and images of James inside the Capitol, wearing the same orange paracord on his shoulder.

Stone has not been charged with a crime connected to the Capitol attack.