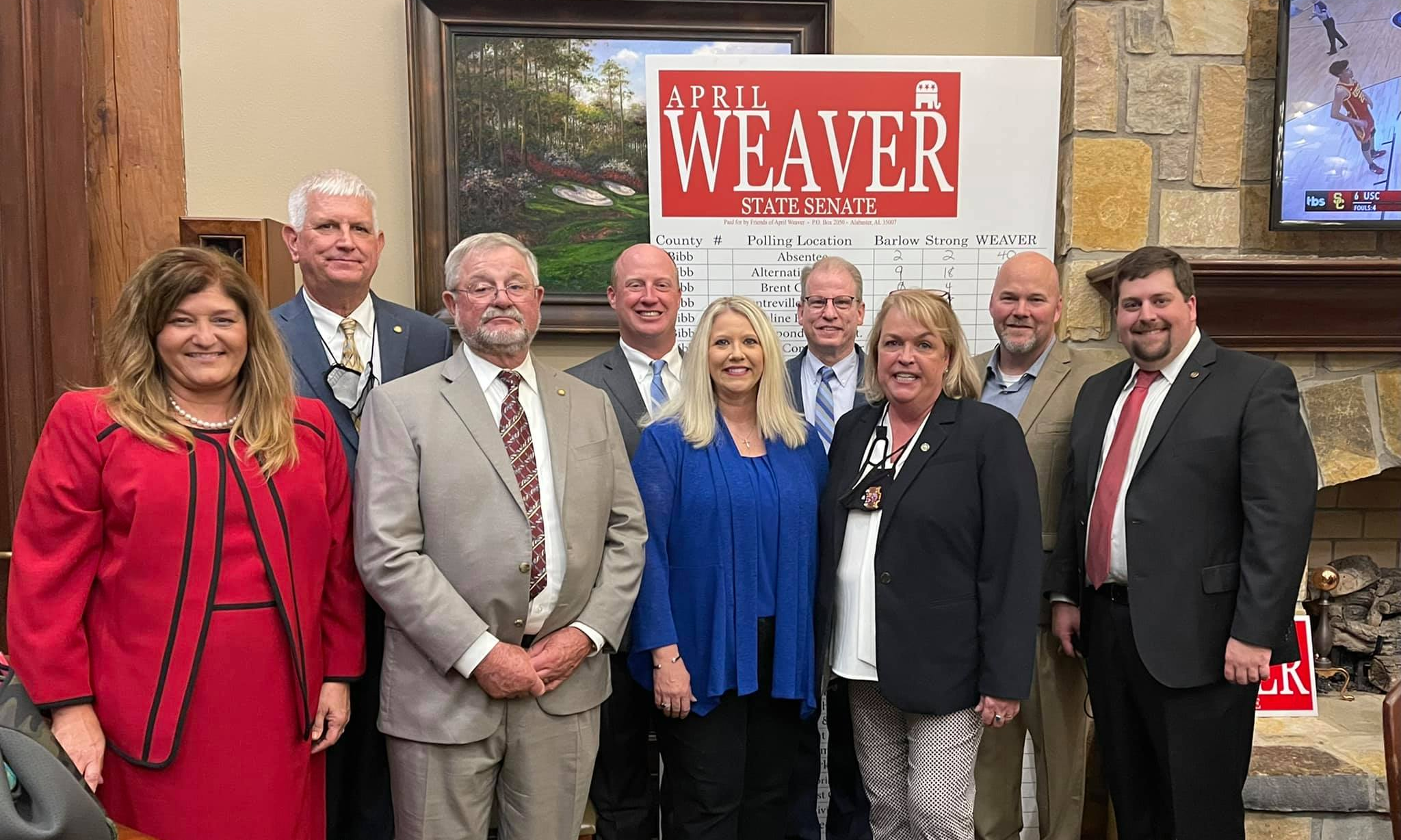 Republican voters in Senate District 14 on Tuesday went to the polls and spoke loudly that they wanted April Weaver to be their next state senator. SD14 includes parts of Shelby, Bibb and Chilton counties.

Former state Rep. April Weaver, R-Briarfield, defeated two primary challengers for the SD14 seat that became vacant when former Sen. Cam Ward, R-Alabaster, was appointed by Gov. Kay Ivey as director of the Board of Pardons and Paroles.

In the unofficial results for Senate District 14:

The provisional ballots will be counted on April 6, 2021, and the Alabama Republican Party will certify the election to the secretary of state on April 7, 2021.

“This is an important time to keep a candidate with proven conservative values in place so that the conservative views of District 14 can be respected,” Weaver said.

“We are excited that after spending time working for the Trump Administration, former State Rep. April Weaver will be our nominee for Senate District 14,” said Alabama Republican Party Chairman John Wahl. “She will work hard to keep that seat in the Republican column and be a strong representative for the residents of Bibb, Chilton and Shelby counties.”

Weaver is a nurse, a long-time hospital administrator and a former political appointee of the Trump administration as a regional director for the Department of Health and Human Services. Weaver served in the Alabama House of Representatives from 2010 to 2020 and was the chair of the House Health Committee. April is married to Darrel Weaver.

“It was one of the greatest experiences of my life to work with the Trump Administration,” Weaver said on her website. “We need strong conservative Senators who will fight for our hard-working families against liberal socialist policies. Join my fight for common-sense conservative policy by voting on March 30.”

“I am prepared to work hard and earn the votes of the hard-working citizens of Shelby, Bibb and Chilton Counties,” Weaver said.

Weaver served as the chair of the Shelby County House delegation from October 2016 through May 2020. She represented Shelby, Bibb and Chilton counties in the state House. Weaver opposed Ivey’s tax increase on fuel.

Virginia Applebaum was the only candidate to qualify as a Democrat so there was no need for a Democratic primary.

Weaver will face Applebaum in the special general election on Tuesday, July 13, 2021. The winner of the special election will serve the remainder of Ward’s term and will have to seek re-election in next year’s 2022 election.

The funds were made available by the U.S. Department of Health and Human Services.