The mother of a 12-year old girl with a preexisting medical condition said when she learned through Facebook that parents were getting COVID-19 vaccinations for their young children at the Birmingham-Shuttlesworth International Airport site, she jumped at the chance to get her daughter the Pfizer vaccine.

Pfizer on March 31 announced that a clinical trial of 2,260 people in the U.S. showed the vaccine to be 100 percent effective in those aged 12-15, and that side effects were consistent with those seen among adults who received the vaccine. It could take a month or more for the FDA to authorize the drug’s use for that age group, however. Pfizer is the only vaccine currently authorized for those as young as 16.

The mother, who asked not to be identified, told APR on Friday that her daughter’s Type 1 diabetes puts her at greater risk from coronavirus. When a friend of a friend posted to Facebook that staff at the site told her they were vaccinating kids ages 12 and up, the news made the rounds among parents eager to have their children vaccinated, the mother said. She drove her daughter and 16-year-old son to the airport on April 6 and got both vaccinated.

“She got her own card, and they wrote her own birthday on there. We didn’t try to fib about her age or anything,” the mother said, referring to a vaccination card that’s filled out by providers at the time of vaccination. “I’m glad that we slipped through the loophole. I don’t feel bad about taking advantage of that at all,” the mother said. 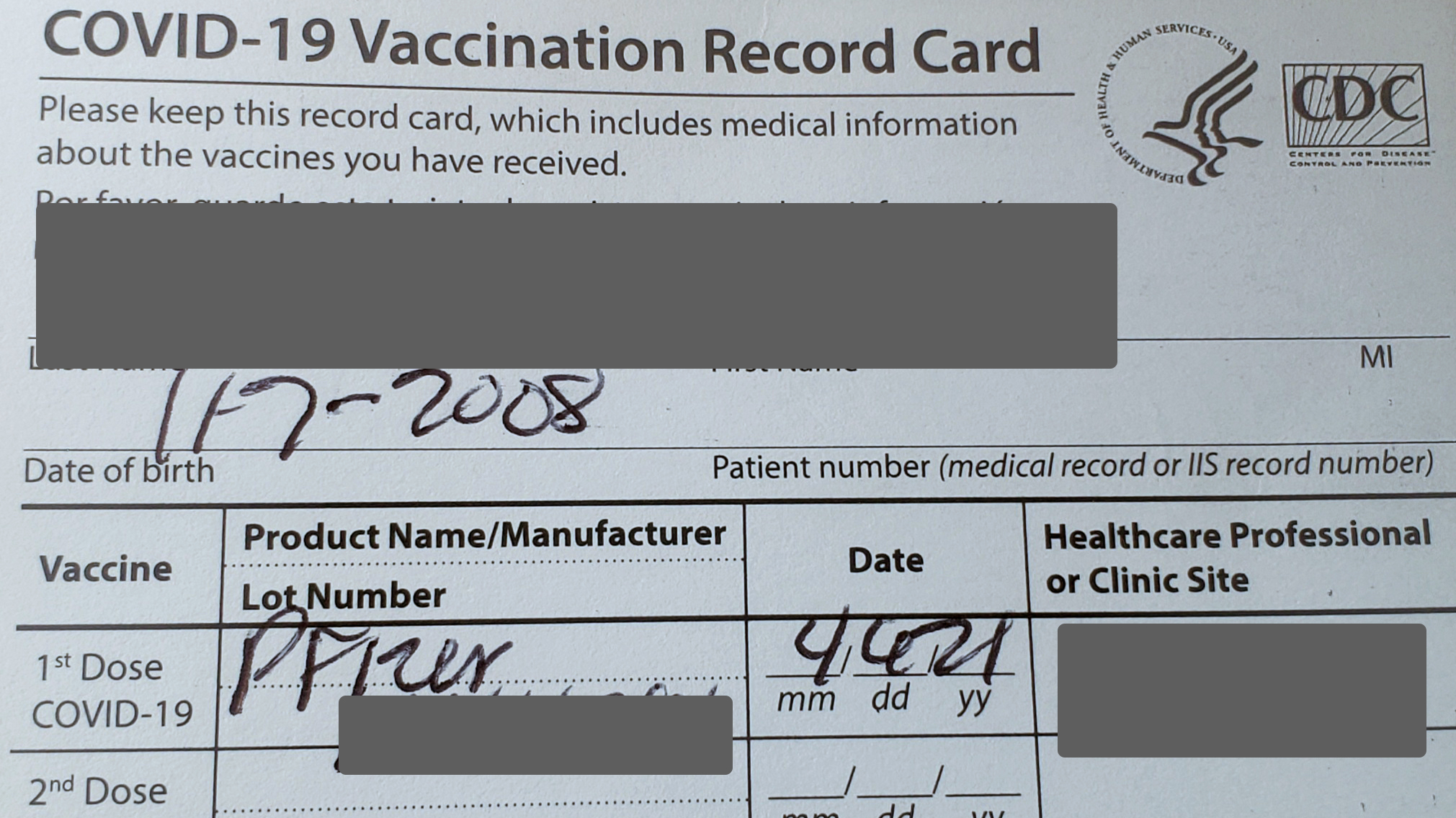 The mother of a 12-year-old said her daughter was vaccinated on Wednesday.

The mother said she is somewhat concerned that her daughter may not be allowed to get the second dose of Pfizer, which she said she’s already been scheduled for, but that she’s “glad that we’ve got at least some protection under our belt.”

“We didn’t have any kind of reactions or anything, so I’m hoping we’ll get that second one,” she said.

The vaccination site at the Birmingham-Shuttlesworth International Airport opened on March 29. Attempts Friday to reach the physician whose team is administering shots at the site were unsuccessful, and a message to a spokeswoman for the Jefferson County Health Department, which partnered with the physician to run the site, wasn’t immediately responded to on Friday.

The mother said that after she’d posted to Facebook that her daughter had received her shot there, she learned that other parents of children under 16 were being turned away from the site. She believes word may have reached officials and the decision was made to end the practice.

Ryan Easterling, a spokesman for the Alabama Department of Public Health, said Friday that the department would review the matter.

“COVID-19 vaccine is to be given according to the Emergency Use Authorization (EUA) of the U.S. Food and Drug Administration (FDA) and the guidance of the Advisory Committee on Immunization Practices (ACIP) of the Centers for Disease Control and Prevention (CDC),” Easterling said. “The Alabama Department of Public Health (ADPH) will investigate instances where persons in age groups not approved by the EUA have received COVID-19 vaccine.”