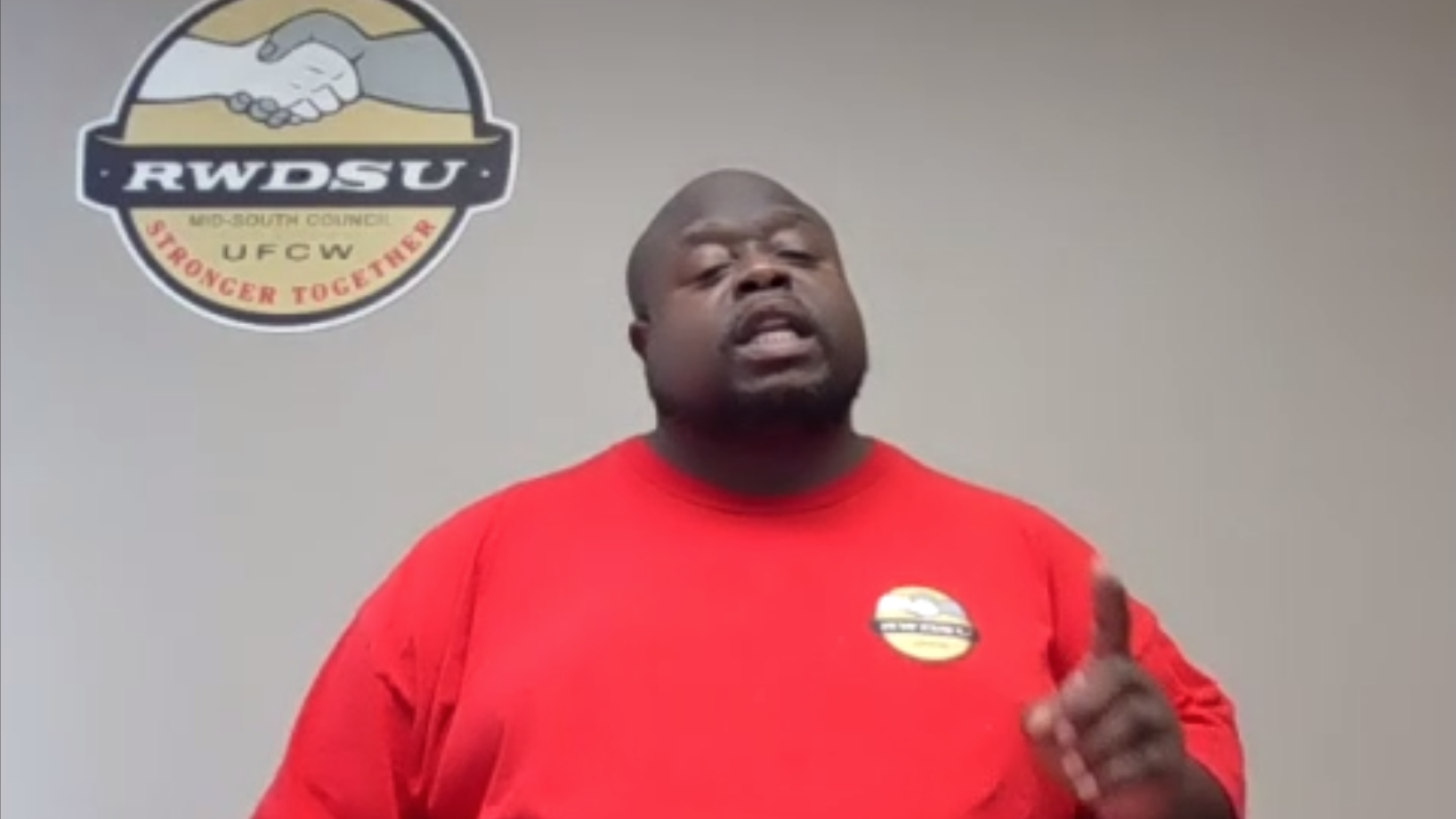 Leaders of the effort to unionize workers at Amazon’s facility in Bessemer criticized the company for winning a fight they said was not fair after the unofficial vote count was announced on Friday.

“Jeff Bezos, you’re wrong,” said employee Linda Burns. “You’re wrong all the way around. You mislead a lot of our people.”

She and other organizers held a virtual press conference and said they were disappointed with the result. They decried anti-union messaging deployed by the employer that they say tricked many of their coworkers.

Amazon has denied that it violated any rules ahead of the vote.

Michael Foster of the Retail, Wholesale and Department Store Union claimed he has been fielding numerous calls from employees who regretted voting against joining the union before they learned about how it could benefit them.

Foster said there were employees who sent their “no” votes in early who then started attending his union meetings. Many voted no because the company led them to believe that the facility might close if they unionized or because the union would require them to pay dues, which is not allowed under Alabama law.

“My heart just goes out to everybody, but the last thing that I need to make note of is that I always said, no matter what the outcome here of this battle, that we have set the tone that the labor movement is alive right now, that Black Lives Matter is alive right now. We will not be oppressed by billion-dollar industries anymore,” Foster said.

Stuart Applebaum, president of the RWDSU, said the union will file an objection to Amazon’s practices over the last few months, including convincing the Post Office to put a ballot drop box outside of the facility where workers would feel intimidated and under the company’s eye while casting their votes.

“Workers are used to having every motion they make surveilled throughout the day. Cameras are outside. And I think it also gives people the impression that Amazon, not the government, is conducting the election,” he said.

“We said from the beginning that we wanted all employees to vote and proposed many different options to try and make it easy,” an Amazon spokesperson said in a statement. “The RWDSU fought those at every turn and pushed for a mail-only election, which the NLRB’s own data showed would reduce turnout. This mailbox — which only the USPS had access to — was a simple, secure, and completely optional way to make it easy for employees to vote, no more and no less.”

Applebaum said there is a strong possibility that there may be another vote in the future and vowed to keep fighting for better conditions for workers.

Richard Trumka, president of the AFL-CIO, called the organizers in Bessemer heroes who have started something much larger than them. He said America is on their side.

“You see, you changed minds around unions and you captured the heart of the nation,” he said.

The Alabama Coalition for Community Benefits issued a statement in support of the organizers: “This fight is not over. The battle against Amazon has shifted the narrative for what’s possible for workers here in Alabama and across the South. We are inspired by the workers who stood up to reclaim power for themselves and will continue to stand with them. The urgent struggle for economic and racial justice in the South continues. The campaign also underscores just how broken our country’s labor law is, and the absolute necessity of passing the Protect the Right to Organize Act (PRO Act) to level the playing field for workers standing up for dignity and justice.”