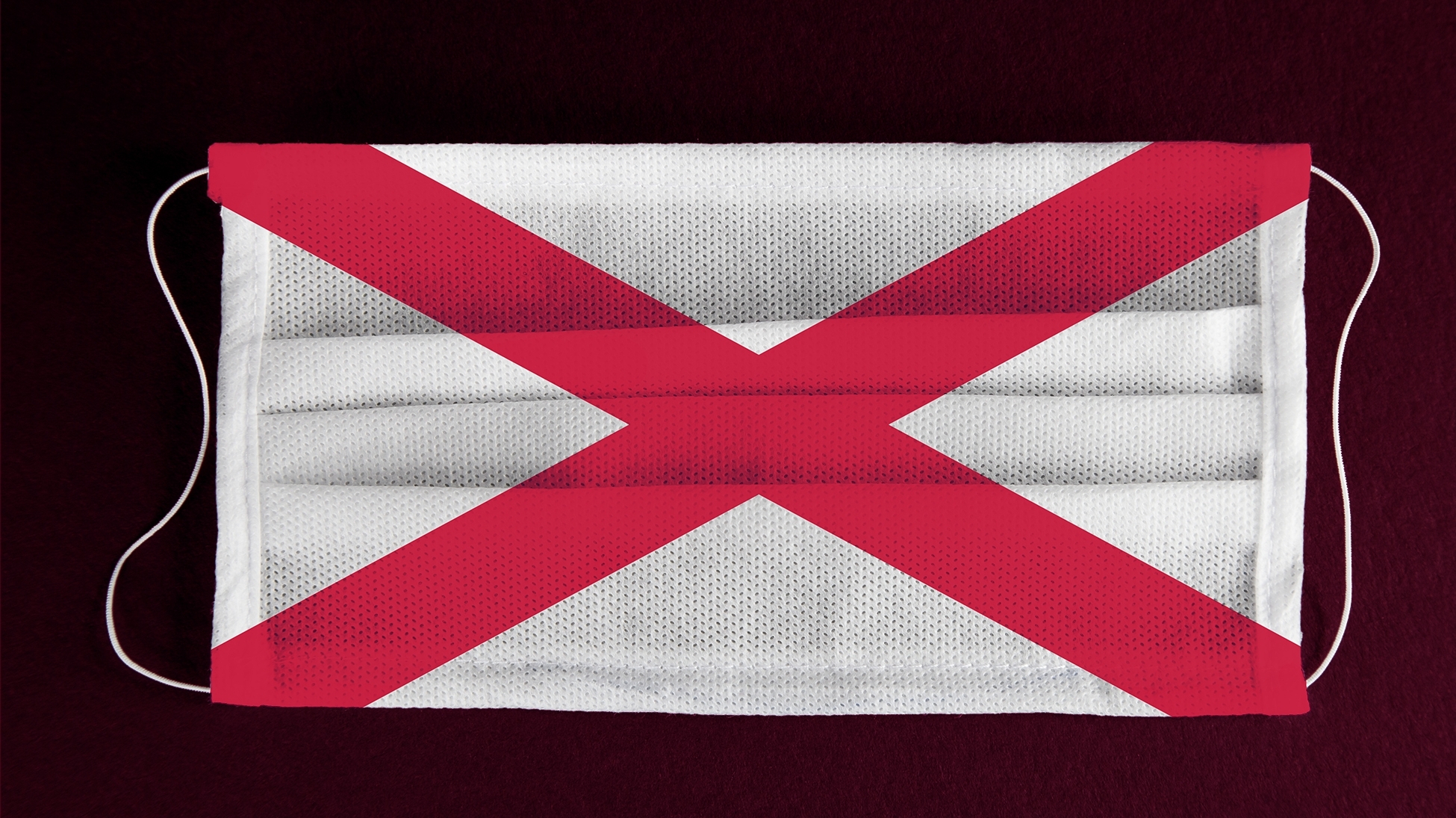 The statewide mask mandate expired last Friday. The mandatory wearing of surgical masks, face shields or cloth face coverings has been lifted except for the cities of Birmingham and Montgomery, where local leaders ordered that masks be worn in all group settings or public places. The Alabama Legislature, however, is not changing its own COVID protocols.

Thursday, Speaker of the House Mac McCutcheon, R-Monrovia, was asked by reporters if the Legislature will discontinue the requirement that members, staff and visitors wear masks inside the Statehouse building.

“Not at this point,” McCutcheon answered. “We are going to continue the mask requirements for members. We will look at it at the end of the week.”

“Members have been good about wearing their masks and social distancing,” McCutcheon said.

The Statehouse has severely limited public access during the 2021 Legislative Session due to COVID-19 fears. McCutcheon was asked in the Legislature was ready to open the building up to the lobbyists and interested citizens.

McCutcheon said that the restrictions “will continue next week.”

“We worked very hard to have public hearings accessibility to the people who want to have input on certain pieces of legislation,” McCutcheon said. “A lot of people are working well with the legislature to set appointments and have meetings with legislators.

“The new media has been very helpful,” McCutcheon said. “We are operating the best we can.”

The speaker said that the policy, like the mask requirement, will be reviewed at the end of this week.

McCutcheon was asked about the situation with Secretary of State John Merrill who admitted to an affair last week and has been accused by the woman of making racist comments in their private discussions, a charge that Merrill has denied.

“I really don’t have any comment,” McCutcheon said. “It is a sad situation that he is going through that with he and his family.”

McCutcheon was asked if articles of impeachment are possible given the possibility that state funds may have been used to conduct the illicit liaison while on state business.

“I really don’t know,” McCutcheon said. “It would be premature for me to speak on it.”

The Alabama State Senate has been mired in controversy over whether or not to pass a comprehensive gambling package proposed by Sen. Del Marsh, R-Anniston, that would alter the state constitution to all up to ten casinos around the state, create a state lottery, and authorize a sportsbook.

The Senate appears to be poised to vote on a gambling bill, sponsored by Sen. Jim McClendon, R-Springville, that in its current form would amend the Alabama Constitution of 1901 to set up a simple lottery. There are reports that the Senate may reject that proposal in order to bring back Marsh’s much more complex gambling proposal. To this point, the Alabama House of Representatives has done nothing on gambling legislation.

“We are looking at the Senate on the lottery bill,” McCutcheon said. “We are in a wait and see mode.”

“Something needs to be done this week,” McCutcheon said. “This week is critical on the gaming issue.”

The Republican Party holds a commanding supermajority in the Alabama Legislature. McCutcheon was asked why the Republican leadership would move forward on gambling legislation at all if the Republican Caucus is so bitterly divided among itself on the issue.

“You can be divided on a Thursday and in agreement on the next Tuesday,” McCutcheon said. “The sponsor to the bill may move votes. That is part of the process.”

On Wednesday, the House Judiciary Committee gave a favorable report to a much-amended bill that would legalize medical marijuana for people with a demonstrated medical need, SB46 sponsored by Sen. Tim Melson, R-Florence.

“The judiciary committee had several amendments,” McCutcheon said. “Members liked some of the changes that were made.”

“Where they are located, how many can be in the state,” McCutcheon said of the amendments. “I know that a lot of the medical issues have been addressed.”

“We are getting into the last part of the session,” McCutcheon said. “The budgets are still big priorities.”

The state General Fund and Education Trust Fund budgets have both passed out of their chambers of origin. McCutcheon was asked when the budgets would pass out of the budget committees in the second houses.

“Not next week,” McCutcheon said. “Realistically, we are looking at the last week of April.”

“I would say that the budgets for sure need to be moving as soon as possible,” McCutcheon said.

McCutcheon was asked about the status of a bill that would prohibit gender-affirming surgeries, puberty blockers and hormone therapies for transgender minors: the Vulnerable Child Compassion and Protection Act by state Rep. Wes Allen, R-Troy.

“Members are a little divided on the issue,” McCutcheon answered. “There are several issues surrounding that bill. It is a parents’ rights issue.”

McCutcheon said the past week was “a very contentious week.”

“It all started with Jefferson County,” McCutcheon said. “There was an organized filibuster.”

“A member threatened to kill all of the bills on the ten-minute calendar,” McCutcheon explained. “Because of that, we changed the calendar where after ten minutes the bill went straight to a vote. Some of the frustrations from yesterday bled over into today.”

“But it was good to see that members are still shaking hands and talking to each other,” McCutcheon said. “This is part of the process.”

McCutcheon said that the House priorities for this week will be “local bills, marijuana will be moving forward in the committee, budget committees will continue to work. Agencies bills coming down from the Senate.”

McCutcheon was asked about a massive public hearing that was held on Wednesday in the Education Policy Committee on HB440, sponsored by state Rep. Bob Fincher R-Woodland, that would terminate the Common Core curriculum in the state of Alabama.

“There is a lot of calls we were getting on this issue,” McCutcheon said.

“That is our job,” McCutcheon said. “Let’s hear what the opponents and the supporters have to say about it.”

“The permitting process needs to be done in such a way that there is some sort of a criminal background check,” McCutcheon said. “We strengthened the process and allowed ALEA to have a forbidden database of those persons barred from possessing firearms. Gun owners are able to get a lifetime permit.”

“The Legislature will meet two days a week for the next four weeks and then come back on May 17 for the final legislative day,” McCutcheon explained to reporters.