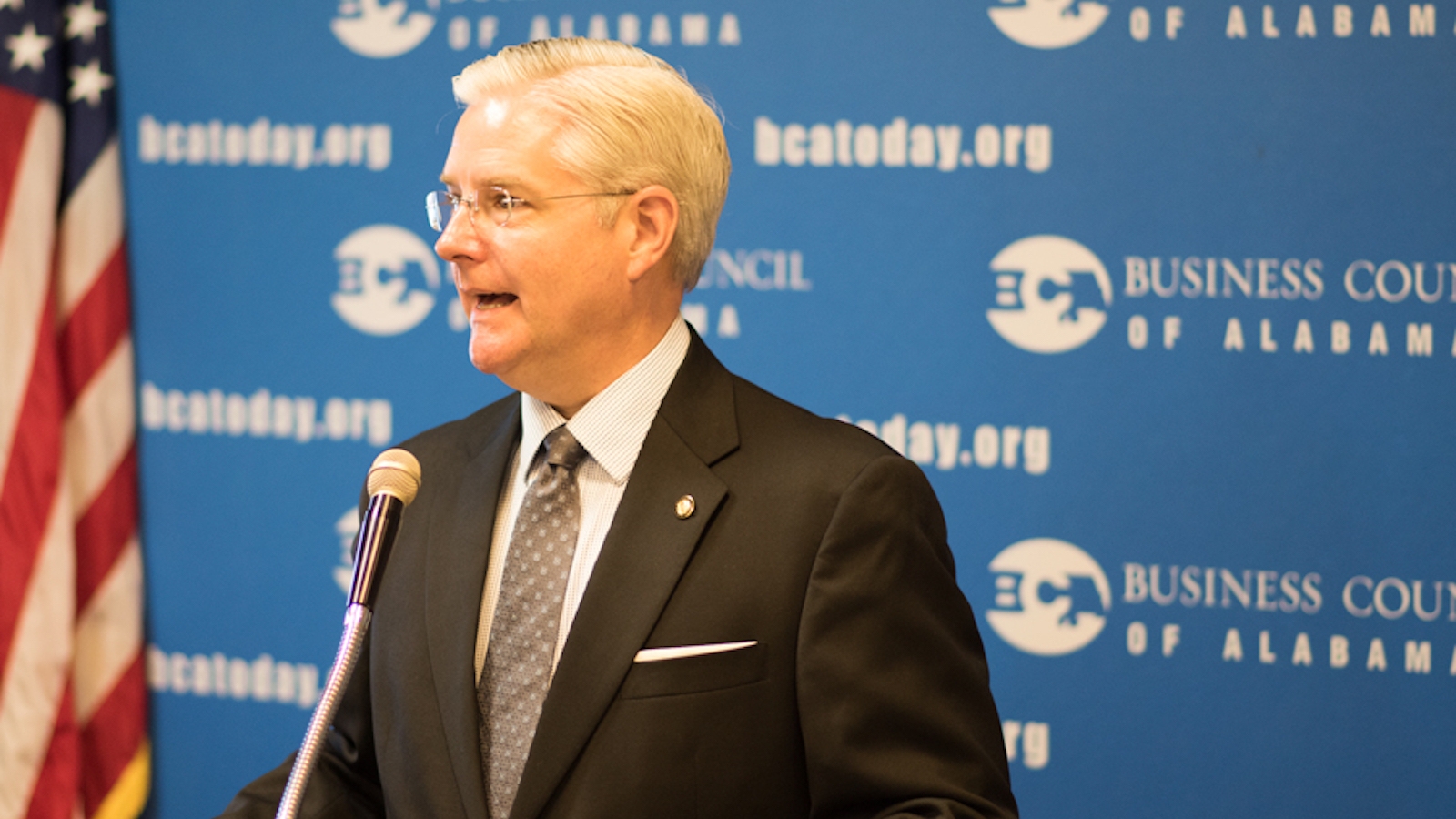 The 2021 Alabama Legislative Session has now officially come to an end, and I couldn’t be prouder of the way the Senate has operated since the session started in early February.

Due to the coronavirus outbreak cutting the 2020 session short last year, we had a backlog of important priorities that needed to be addressed, as well as a long list of items that were important to the people of Alabama.

There were three pieces of priority legislation that we took up and immediately passed at the beginning of the session.

The first of these bills prevented the state government from taxing federal stimulus payments, ensuring that as much of this money would remain in Alabamians’ pockets as possible. Another priority bill we passed protects churches, businesses and individuals from frivolous lawsuits related to the COVID-19 pandemic. And the third renewed and expanded three important economic development incentive programs used by the state to incentivize companies and investment to come to Alabama and contribute to our economy.

The swiftness and the efficiency in which the Senate and House took up, debated and passed these important bills stressed the significant focus we placed on giving our state the support needed to recover from the pandemic and grow economically.

We also addressed several legislative topics that, as we have heard from countless constituents, are important to the people of our state.

One of these areas of focus was the need to defend and support Alabamians’ Second Amendment rights.

The Senate passed two bills to ensure that the right to bear arms is protected and strengthened. The first bill, sponsored by my Senate colleague Randy Price of Opelika, allows Alabamians to obtain a life-time permit to conceal carry firearms. This was an important step as we continue to work towards expanding gun rights for the people of our state.

The second bill, sponsored by my colleague from Tuscaloosa, Senator Gerald Allen, supported the ability of our state to step in and prevent the federal government from infringing on Alabamians’ Second Amendment rights. In the event of federal overreach on gun rights, it is important that our state has the ability to fight back.

Furthermore, we have addressed our most fundamental responsibility as a state legislature – passing budgets to fund our government – in an extremely impressive manner. Due to the pandemic, states across the country are struggling to adequately fund their governments. But in Alabama, as a result of years of conservative budgeting by the legislature, and despite the past year’s economic hard ships, we passed the largest General Fund and Education Trust Fund budgets in the history of our state.

I appreciate the Senate’s budget chairs, Chairmen Greg Albritton and Arthur Orr, for their hard work in bringing these important resources to the people of our state.

Governing is about setting priorities. And this session we have showed that our priority is our veterans and the men and women who serve our nation in uniform. We came into this session with an energized approach to make Alabama a better place to live for our active duty service members, and to provide our state’s veterans with the much-needed support that they deserve. I am proud to say that an aggressive package of bills to accomplish those goals was passed by the legislature and signed into law in the first few weeks of session.

For our democracy to work, maintaining secure and fair elections is absolutely essential. And the best way to maintain a fair election process is to pass and enforce strong election laws. That is why the Senate took up a package of seven bills to ensure Alabamians can have faith that our state’s elections are conducted fairly and securely. Alabama has some of the strongest voting laws in the nation, but continuing to maintain the integrity of those laws is an important responsibility we have as a law-making body.

Another area the Senate focused on was passing a comprehensive bill that would have given Alabamians the right to vote on whether we will have gaming and a lottery in our state.  The people of Alabama have been clear: they want the right to vote on gaming and a lottery. I am proud of the way that the Senate worked together to pass a bill out of our chamber that would have allowed Alabamians to exercise that right.

We passed legislation to expand rural broadband, to give pay raises to our education and general fund employees, to lower prescription drug costs, protect life and to support our state parks. We have also passed a number of important bills that will implement economic development incentives to help expand and grow our state economy and create good-paying, high-quality jobs for Alabamians.

The Senate has enjoyed strong leadership this session, and I am particularly thankful for the efforts of our new majority leader, Senator Clay Scofield, for his impressive first legislative session in this role, as well as Senate Minority Leader Bobby Singleton, whose leadership and collaboration were on display every legislative day. I appreciate the friendship I have with these two leaders.

We’ve had a lot of debate, but at the same time, we as a Senate have worked together in a collaborative way to deliver results that are important to the people of Alabama.