Alabama Senator Tommy Tuberville, a Republican, introduced the Prohibiting TSP Investment in China Act. This bill would prohibit Thrift Savings Plan funds from being invested in any entity based in the People’s Republic of China. The TSP is the predominant government retirement fund and is utilized by 6,000,000 military members and federal civilian employees.

“We’ve seen it time and again – Chinese companies don’t play by the rules, committing intellectual property theft and disregarding basic regulatory standards at the expense of investors,” Tuberville said. “Not a single taxpayer dollar should be invested with these entities that have a clear history of corruption. Such investments put the investors, and our country, at risk. It is time to take a serious, united, and bipartisan approach to disentangle American financial investment with China and send the message that American capital will not support Chinese aggression.”

Tuberville’s bill, the Prohibiting TSP Investment in China Act, would prohibit the TSP Fund from investing in any security of a Chinese company and, by cutting off a multi-billion-dollar investment stream, send a message of zero tolerance towards Chinese aggression and financial manipulation.

Tuberville said that such investments would funnel capital to companies that commonly skirt U.S. sanction laws and that hard-earned American dollars should not be invested in entities actively working to facilitate China’s military expansion and the persecution of religious minorities.

Tuberville wrote an opinion piece last week in the Wall Street Journal advocating for this legislation.

U.S. Rep. Jim Banks, R-Indiana, plans to introduce the companion bill in the U.S. House of Representatives. Banks has already introduced five bills seeking to limit Chinese access to capital and limit their access to U.S. universities and trade secrets.

“China is our foremost military adversary, but it also seeks to infiltrate our economy, universities, digital infrastructure and intelligence agencies,” Banks said. “Congress should be focused on safeguarding each of these American institutions from the Chinese regime.”

Tuberville is serving in his first term representing Alabama in the U.S. Senate. He is a member of the Senate Armed Services, Agriculture, Veterans’ Affairs, and HELP Committees. 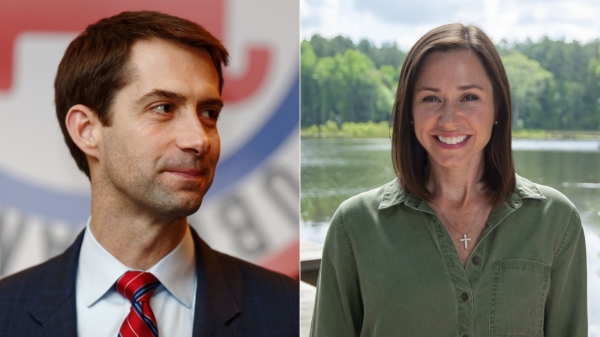 The run-off election is scheduled for June 21.