When Governor Kay Ivey vetoed SB94 on Thursday, May 27, she sent a clear signal of her commitment to our children’s long-term success. If SB94 became law, it would have prematurely stalled the momentum Governor Ivey and Superintendent Mackey have achieved in implementing the Alabama Literacy Act. The 3rd grade promotion policy is only one aspect of the Alabama Literacy Act, which includes a focus on professional learning for teachers, intensive supports for struggling readers, and clear guidance to parents on whether their children are learning to read proficiently. However, the 3rd grade promotion policy is key to providing the motivation needed to implement the Alabama Literacy Act to fidelity. Delaying the promotion policy by two years would have unnecessarily caused more of our children to be “socially promoted” to the next grade. “Social promotion” has resulted in many Alabamians not being able to reach their full potential in the workforce, since literacy is a requirement for success in nearly every occupation.

As a former schoolteacher and an innovative education and workforce leader, Governor Ivey understands the importance of children being able to read proficiently by the end of third grade. One in six children who are not reading proficiently in third grade do not graduate from high school on time, a rate four times greater than that for proficient readers. In 2019, 53 percent of Alabama’s 4th graders failed to reach proficiency on the state’s summative reading assessment. Our neighbor, Mississippi, passed a law similar to the Alabama Literacy Act in 2013. In 2019, Mississippi led the nation in reading growth on the nation’s report card, the National Assessment of Education Progress (NAEP). In contrast, Alabama has declined from the national average in 4th grade reading in 2011 (when Mississippi was 49th in 4th grade reading) to 49th place in 2019.

Never have Alabama’s public schools had such a large investment of state and federal funding to invest in closing reading proficiency gaps. Alabama’s K-12 schools have received billions in additional federal funding over the past year. Furthermore, Governor Ivey signed the largest K-12 education budget in Alabama’s history in 2021. 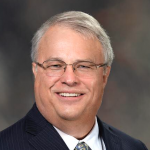 Tim McCartney, formerly of McCartney Construction in Gadsden, is the Chairman of the Alabama Workforce Council.  To learn more about the Council, visit www.alabamaworks.com.