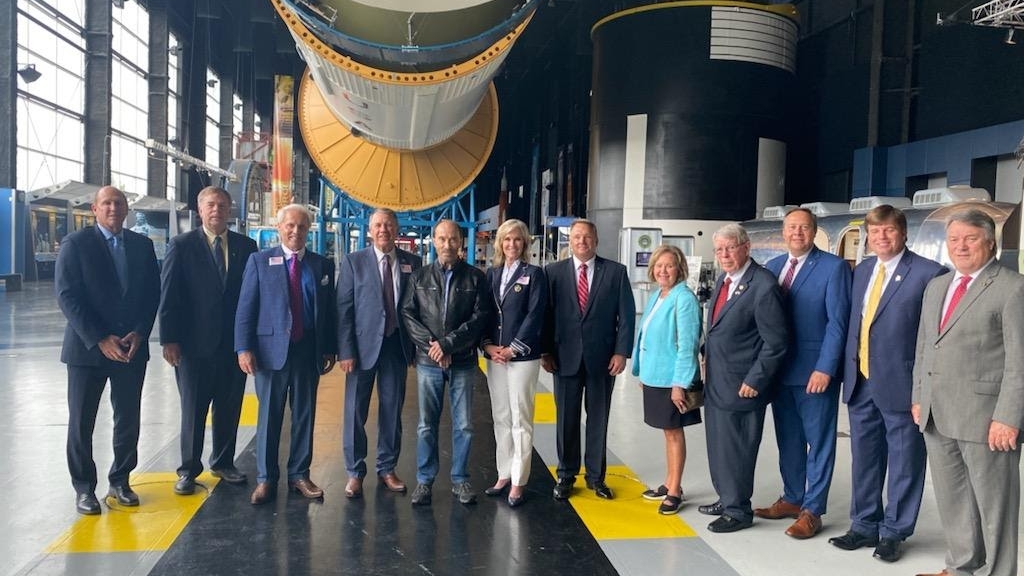 “I continue to be amazed as I learn who my music has impacted or affected,” Greenwood said in a statement. “I am honored and thrilled that Sara Evans will be performing and I can’t wait for the audience to see what she has planned. She is a terrific talent along with Rodney and Darryl.”

“I recently awarded Paula Deen the Lee Greenwood Patriot award at a charity dinner in North Carolina and during the auction portion of the event, Paula’s husband was bidding on the auction package to come to this event. After the auction, I joked with Paula about it and invited her to come be part of this special night and she accepted the invitation. She and I will probably surprise some people with what we cook up for that night.”

“We are very excited for this announcement for our city.” Huntsville Mayor Tommy Battle said.

“We are honored to have you here today Lee Greenwood,” said Speaker of the House Mac McCutcheon, R-Monrovia. “We recognize the economic impact that this event will have on Huntsville and the state of Alabama. There is nothing like hearing Lee sing, God Bless the USA. Thank you for being here Lee and choosing Alabama.”

“Today, we announce something that has never been done before and only Lee Greenwood could pull this off. In 1983 Lee wrote, God Bless the USA and everyone in our community knows this song,” said Madison County Commission Chairman Dale Strong. “With this announcement people will fill our hotels and fill our restaurants. We are a thriving community and there is no better place to do this than Huntsville, Alabama.”

Strong is running for the Republican nomination for Congress in the 5th Congressional District.

“Every time I listen to him sing, ‘God Bless The USA’, I get goosebumps,” said Republican insider former state Rep. Perry Hooper Jr., R-Montgomery. “He has performed this song for Presidential events since Ronald Reagan.”

Hooper is the chairman of the event.

“This is a real tribute to Alabama’s place in American Music,” he said.