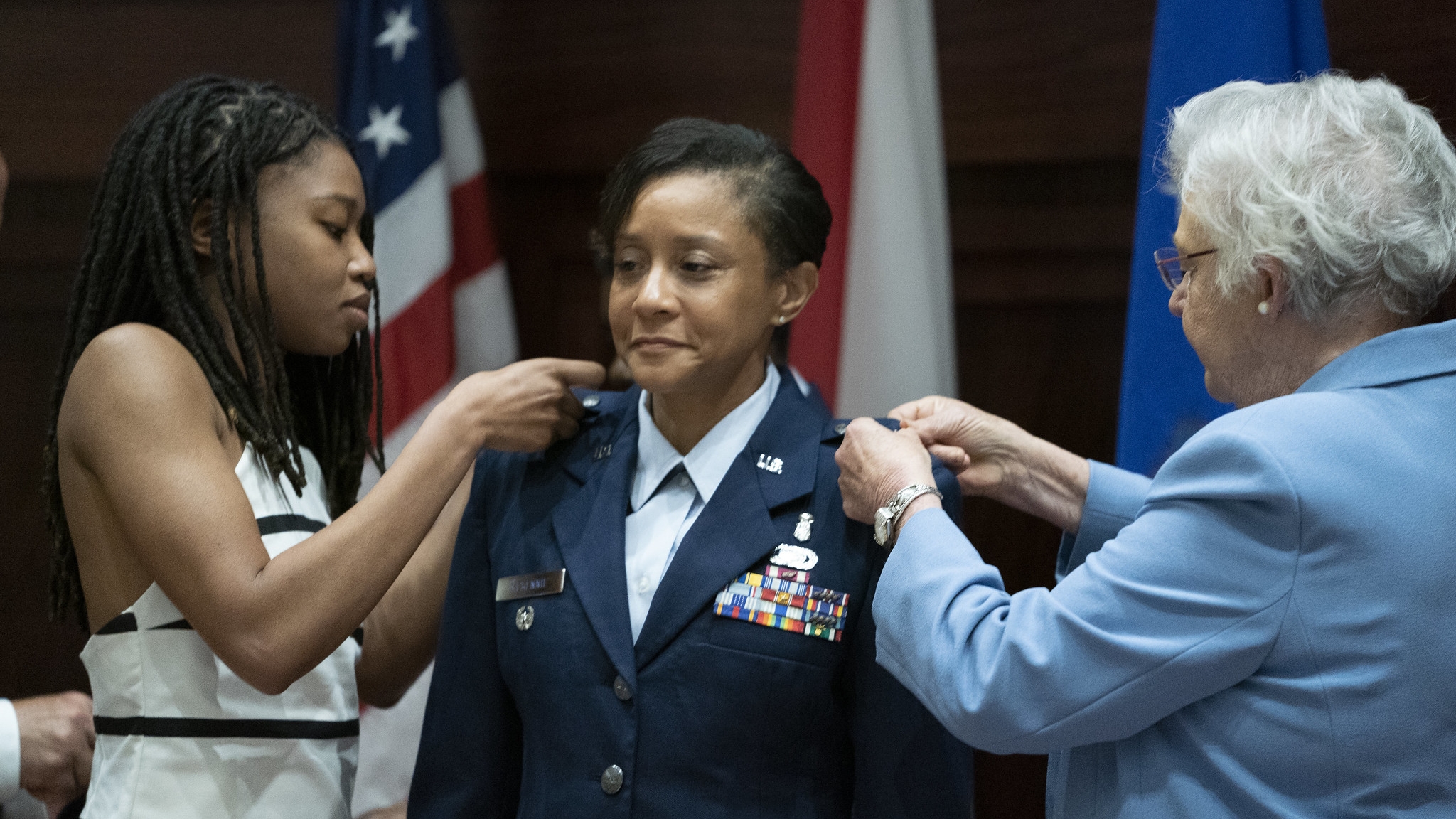 Alabama Gov. Kay Ivey attended the ceremony on Saturday and praised McKennie on Twitter: “Congratulations Brigadier General Tara McKennie on your promotion! You have truly made history being both the first female and first African American General Officer for the Alabama National Guard. Thank you for your service to sweet home Alabama. Flag of United States #[email protected]”

“Diversity, inclusion, and equity is huge in our country, and not just because of everything that’s going on in the world right now,” McKennie said. “This is where we need to be, always including everyone, hearing everyone’s voices, making an opportunity for everyone, so that they can have a seat at the table.”

McKennie first enlisted in the Air Force in 1989. She earned a commission as a 2nd lieutenant from Officer Candidate School in 1999. She transferred to the Air National Guard in 2002. McKennie previously served as the commander of the 187th Medical Group and then as chief of staff of the Alabama Air National Guard.

“My father used to tell me that you either work hard now or you work hard forever,” McKennie said. “I’m a hard worker. I love hard work. I tell young people to work hard, stay focused, and bring everyone up together.”