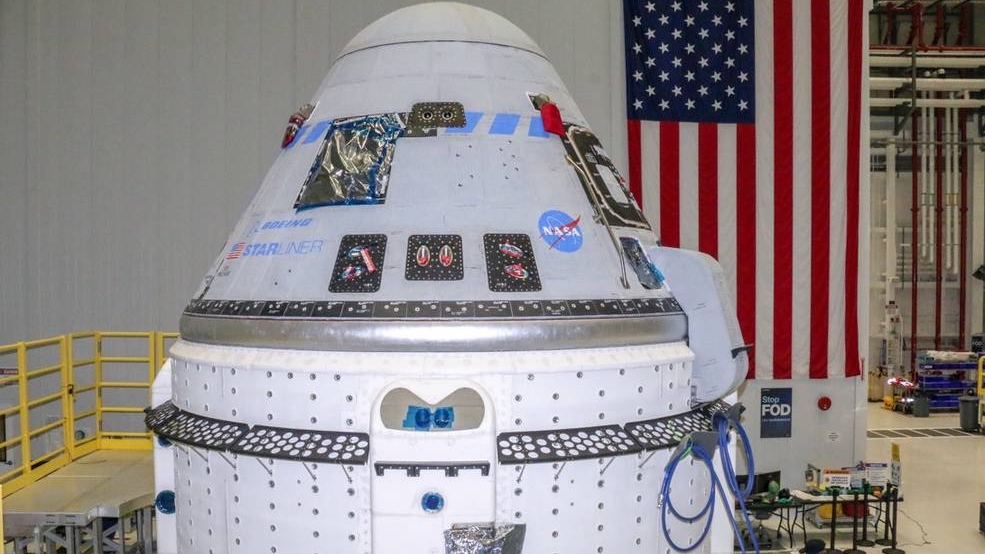 Boeing announced Wednesday that it and NASA are continuing preparations ahead of Starliner’s second uncrewed flight to prove the system can safely carry astronauts to and from the International Space Station.

Teams inside the Starliner production factory at NASA’s Kennedy Space Center in Florida have begun fueling the Starliner crew module and service module in preparation to Orbital Flight Test-2 (OFT-2) for its anticipated launch at 1:53 p.m. CST on Friday, July 30.

The fueling operations are expected to complete this week as teams load propellant inside the facility’s Hazardous Processing Area and perform final spacecraft checks.

Once fueling operations are complete, teams from Boeing and United Launch Alliance will prepare to transport Starliner to the Vertical Integration Facility at Space Launch Complex-41 on Cape Canaveral Space Force Station for mating with ULA’s Atlas V rocket.

Beginning this week, ULA will begin stacking the Atlas V rocket at the VIF during an operation called Launch Vehicle on Stand, or LVOS. The first test flight mission was completed on December 2019. NASA and Boeing have closed all actions recommended by the joint NASA-Boeing Independent Review Team following that first test flight.

If Starliner successfully meets all necessary objectives during its second uncrewed mission, NASA and Boeing will look for opportunities toward the end of this year to fly Starliner’s first crewed mission, the Crew Flight Test (CFT), to the space station. NASA astronauts Barry “Butch” Wilmore, Nicole Mann and Mike Fincke will be on board for the CFT.

Boeing currently is currently working on refurbishing the first Orbital Flight Test crew module for crewed flight along with outfitting a brand-new service module. The CFT Atlas V hardware is expected to arrive in Florida for processing next week as teams prepare for both missions in parallel operations.

Starliner and the ULA Atlas V rocket were both constructed, in part, at ULA’s rocket factory in Decatur.

Economic developer Nicole Jones said: “We are in another space race, and Alabamians contribute daily to the ongoing research and development and achievement of milestones. Earlier this year NASA and Boeing announced a late summer timeframe targeted for the launch of Starliner’s uncrewed Orbital Flight Test-2 (OFT-2) mission to the International Space Station (ISS), and the latest update shows progress toward this objective. Boeing stated they are optimistic of the Starliner vehicle itself, the team, as well as upcoming missions.”

“For decades, Alabamians have contributed to R&D efforts that have changed the world,” Jones said. “The progress with Starliner shows how local jobs contribute to the new space ecosystem and highlights our state’s critical role in the aerospace industry and national security.”

“I am extremely proud of the NASA and Boeing Starliner teams as they methodically work toward the OFT-2 mission next month with final checks of the crew module and service module hardware and software as we prepare for this important uncrewed test mission,” said Stich. “Closing all of the Independent Review Team findings for the software and communications systems is a huge milestone for the Commercial Crew Program and included many long hours of testing and reviews by our dedicated Boeing and NASA teams during this Covid-19 pandemic.”

In the weeks ahead, mission control teams in Florida and Texas will continue conducting simulated mission dress rehearsals for the uncrewed OFT-2 and follow-on crewed missions. Starliner’s landing and recovery teams also will perform an on-site checkout of one of the vehicle’s landing zones.

During the OFT-2 mission, Starliner will test its unique vision-based navigation system to autonomously dock with the space station and deliver approximately 440 pounds of cargo and crew supplies to the ISS. Starliner is expected to spend about five to 10 days in orbit before undocking and returning to Earth. Starliner will land in the western United States.

Boeing has designed and developed the Starliner spacecraft in support of NASA’s Commercial Crew Program to provide safe and sustainable commercial transportation services for crew and cargo to the International Space Station and low-Earth orbit destinations. SpaceX is similarly operating a ship for NASA’s Commercial Crew Program; while NASA itself is developing the Space Launch System and the Orion spacecraft capable of much deeper space exploration.

NASA’s Commercial Crew Program is working with industry through a public-private partnership in hopes of providing a safe, reliable, and cost-effective transportation to and from the International Space Station. This will allow for additional research time and will increase the opportunity for discovery aboard humanity’s testbed for exploration. The space station remains the springboard to space exploration, including future missions to the Moon and eventually to Mars. 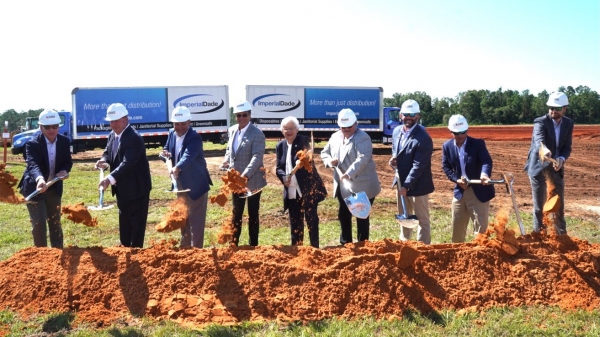 This $20 million investment is expected to create 55 new jobs in fast-growing Baldwin County.