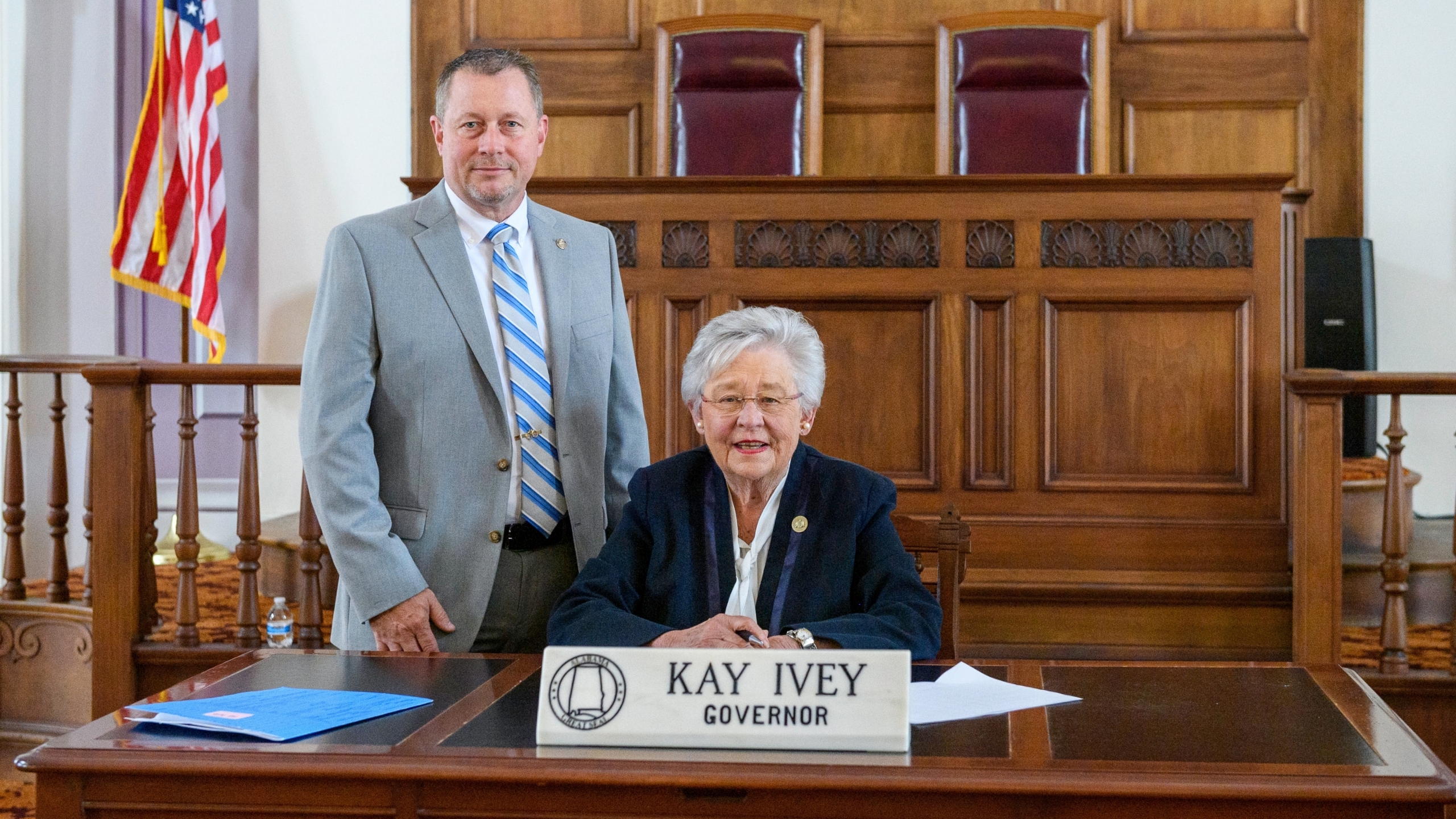 “Alabamians have a long and rich history of gun ownership, and we understand that allowing concealed carry makes our society a safer place in which to live, so this bill will help continue those conservative traditions,” Robertson said. “As a strong supporter of our constitutionally-guaranteed Second Amendment gun rights, I was proud to pass this legislation in the House and stand with Gov. Ivey as she ceremonially signed the bill into law.”

Senate Bill 308 was sponsored by Price and carried in the House by Robertson.

The legislation also streamlines the permitting process so it is handled in the same manner in each of the 67 counties rather than the haphazard, patchwork quilt of varying processes that are currently in place in which some counties do electronic background checks and some do not.

Robertson noted that the one-year and five-year firearm permits will remain available, as well.

Prior to his legislative service, Robertson worked for the Decatur Police Department for 24 years and remains among the agency’s most decorated officers by earning 16 medals, including its highest award, the Medal of Valor.

In 2003, he was named Alabama’s “Law Enforcement Officer of the Year.”

The legislation also creates a statewide database of persons who are barred from possessing firearms due to criminal convictions or because they have had to surrender their gun rights after judges ruled they pose a danger to the public.

BamaCarry opposed the legislation due to the creation of the statewide Alabama Law Enforcement Agency-managed database. While the bill allows the sale of lifetime carry permits, it does require that sheriffs rerun the background checks of persons with the permits every five years and the permits can be revoked by the sheriff based on new information.

None of the constitutional carry bills were ever allowed to be considered on the floor of the Alabama House of Representatives during the 2021 Legislative Session even though Republicans have a commanding supermajority in both houses of the Alabama Legislature and most have campaigned on their strong support of the Second Amendment.

Bills that would have prevented local officials from cooperating with federal authorities seeking to infringe on Alabamians’ gun rights similarly failed to get consideration on the House floor. Sponsors said that the bills would have made Alabama a sanctuary state for Second Amendment rights.