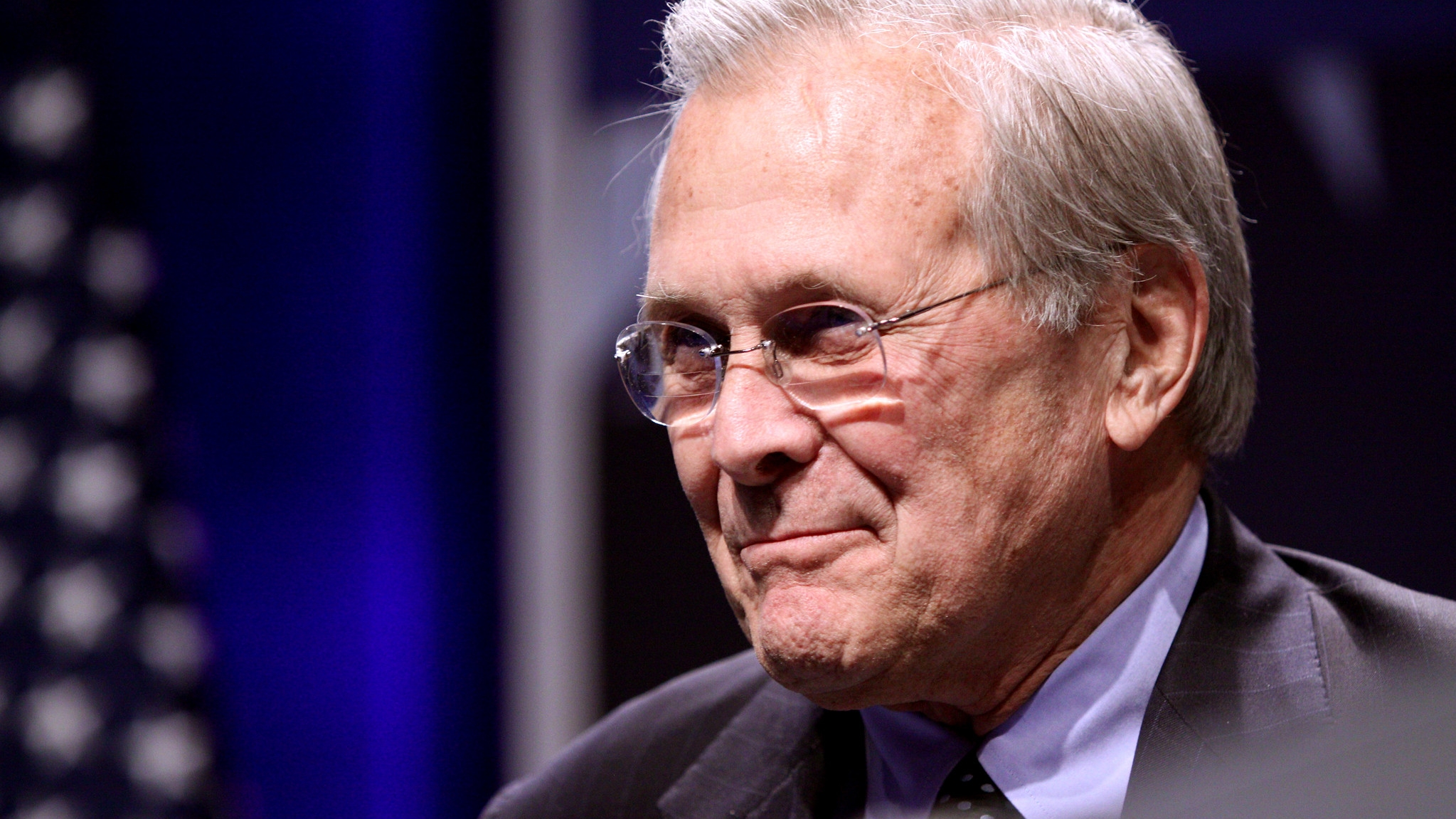 “Secretary Donald Rumsfeld was an exceptional leader who dedicated decades of his life in public service to this nation,” Rogers said. “On September 11th, 2001 Donald was there to help lead our nation out of one of our darkest days, including running into the Pentagon to assist the wounded and survivors. I also appreciate his help to lay some of the early groundwork for Space Force. He was an extraordinary man and his loss will be deeply felt. I extend my deepest condolences to the Rumsfeld family and his wife Joyce as they mourn his passing.”

Rogers is the ranking member of the House Armed Services Committee. He is serving in his 10th term representing Alabama’s 3rd Congressional District.

“Laura and I are very sorry to learn of Don’s passing, and we send our deepest sympathy to Joyce and their children. We mourn an exemplary public servant and a very good man,” Bush said after the news.

“Our hearts are heavy as we bid farewell to Donald Rumsfeld,” said Sen. Ted Cruz, R-Texas. “In his 88 years on earth, he lived the American dream to the fullest. Donald Rumsfeld was a man of great principle, great integrity, and he was an extraordinary leader and public servant. He will be remembered as an American hero for his service in the Navy, and for the outstanding work as a member of Congress, as a close advisor to several American presidents, and for his tenures as Secretary of Defense. He was an inspiration and a mentor to generations of foreign policy conservatives, instilling in them a clear-eyed and unapologetic mission to protect America and the American people. Heidi and I send our heartfelt prayers of comfort and deepest condolences to his wife of 67 years, Joyce, and to the entire Rumsfeld family as they grieve the loss of a loving husband, father, grandfather, and great grandfather. May he rest in peace.”

Rumsfeld was the architect of both the wars in Afghanistan and Iraq.