Incarcerated man has seizure after not receiving medication on time

Incarcerated man alleges he was forced "to work against" prison strike 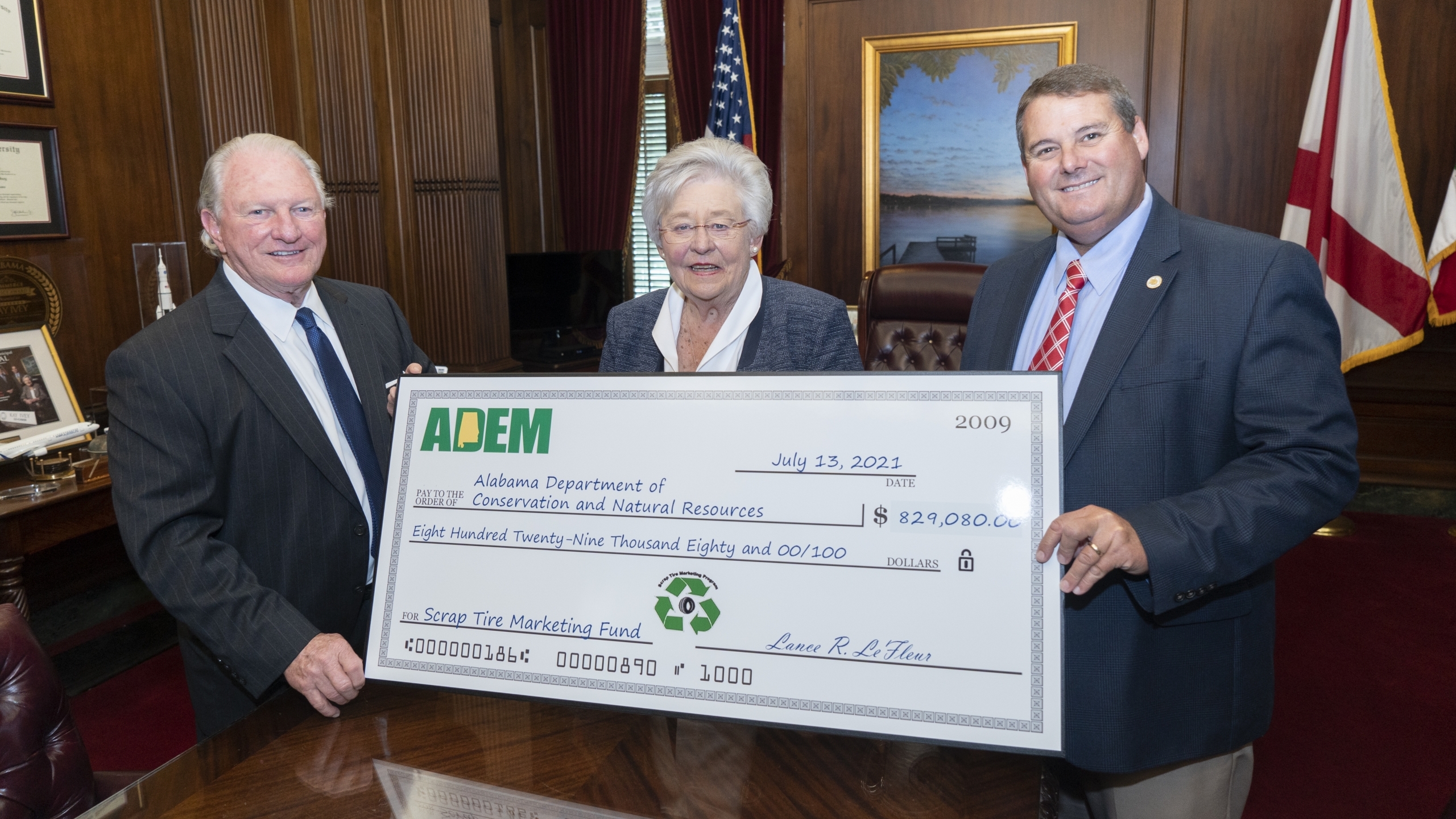 The money for this demonstration project comes from the state’s Scrap Tire Fund, which is administered by ADEM. One dollar from the sale of each tire in the state goes into the fund, which is used to remove scrap tires from illegal dumps, along roadsides and other places, as well as to promote the recycling of discarded tires.

ADEM Director Lance LeFleur presented the check to Ivey and ADCNR Commissioner Chris Blankenship at a ceremony in the State Capitol. The grant will cover the costs of repaving parking areas and 4.8 miles of roads at Lake Guntersville State Park as well as DeSoto State Park’s access road to DeSoto Falls with the rubber-modified asphalt. In addition, ADCNR’s State Parks Division will pay for additional roads to be repaved at Lake Guntersville State Park using the special asphalt.

“This is a wonderful use of the Scrap Tire Fund that does what it was intended it to do when the Legislature created the fund in 2003 – getting rid of and finding other uses for old tires that were spoiling Alabama’s countrysides and waterways,” Ivey said. “Plus, it has the added benefit of helping our State Parks, which are wonderful resources for all Alabamians.”

LeFleur described the project and the partnership with State Parks as “a win, win, win.”

“First, this is a good demonstration project that we hope will build demand for scrap tires by creating a beneficial, environmentally sensitive use for them,” LeFleur said. “Second, it avoids having to dispose of old tires in landfills, where they can be a problem. And third, as Gov. Ivey noted, it provides a real value to the parks that benefits everyone who uses them.”

LeFleur said the Scrap Tire Fund is also used to reimburse local governments for the costs of picking up discarded tires along highways and clearing unauthorized tire dumpsites.

Blankenship said the repaving will make for a smoother, more enjoyable outing at the parks for visitors.

“We have invested a lot of resources and work to improve the campsites, cottages and other amenities at the parks, including repairing damages from storms,” he said. “This complements what we have done and what we are continuing to do to upgrade these beautiful parks and make them even more appealing and user friendly. And, of course, with the longer-lasting rubber-modified asphalt, we expect the roads and parking areas to remain in good shape for many years to come.”

In addition to lasting up to three times as long as regular asphalt, rubber-modified asphalt is less prone to cracking, pot-holing and degradation, and can handle a wider temperature range, which also could mean less icing during freezing weather.

Blankenship said the repaving work should begin later this year and expects the project to be completed in about 60 days.