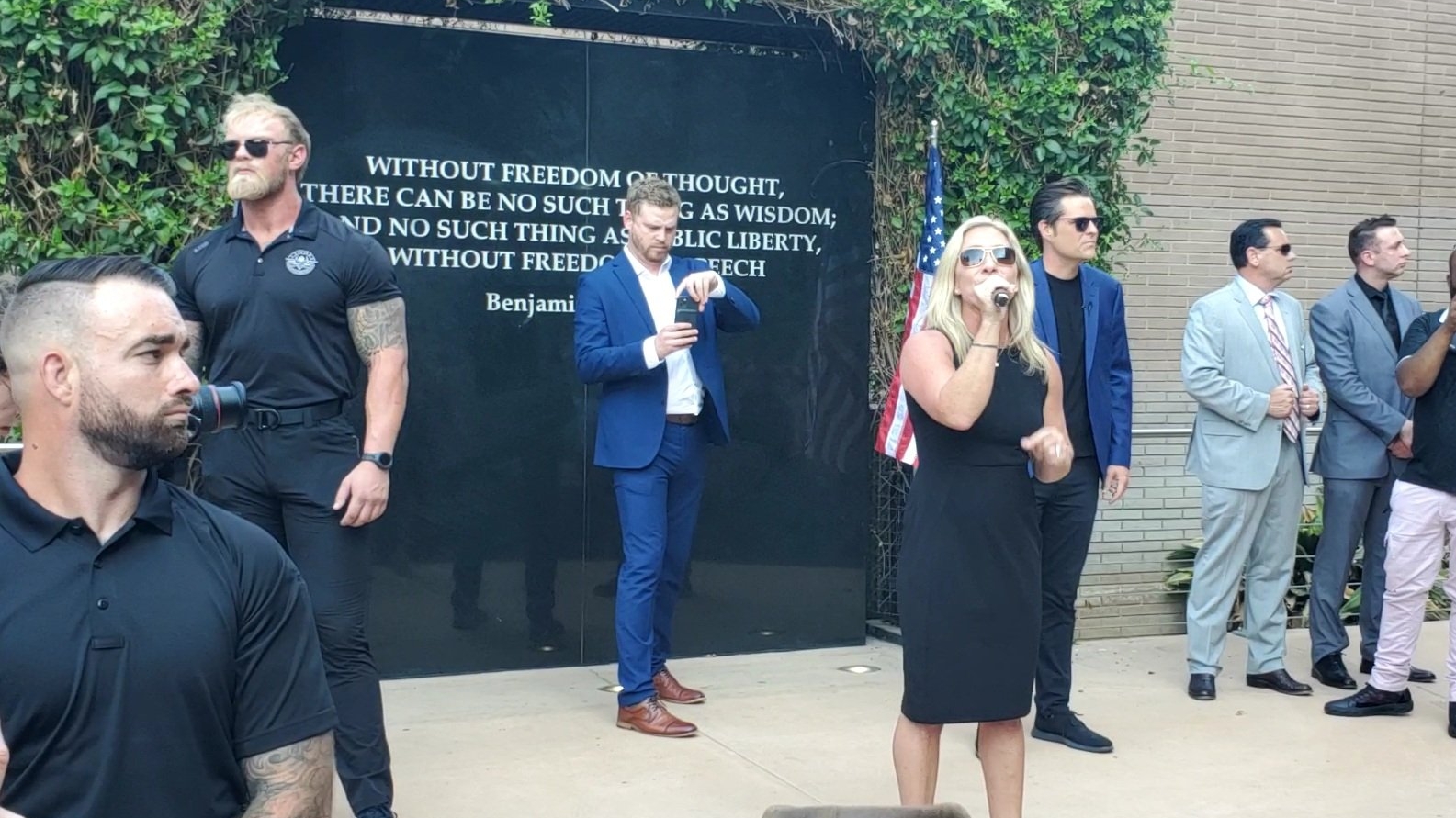 Congresswoman Marjorie Taylor Greene speaking at an event in California.

Greene is one of the most outspoken Republican members of Congress. Speaker of the House Nancy Pelosi, D-California, and the Democratic majority took the unprecedented step of removing her from all of her committees. The freshman congresswoman has made national headlines for her staunch conservative and pro-Trump views. Her Twitter account was recently suspended for expressing views Twitter claimed were inaccurate about the COVID-19 vaccine.

“We are excited to have Congresswoman Greene as our keynote speaker. She is exactly the kind of firebrand Republican woman we need to help drain the swamp,” said AFRW PAC Director Patty Hobbs. “We hope she will fire up our guests and encourage them to continue supporting Republican candidates and values. This fundraiser will help the Alabama Federation of Republican Women PAC, which will help Republican candidates in future elections.”

The Alabama Democratic Party released a series of fundraising emails to supporters asking them to respond to Greene’s appearance by donating to the ADP.

“The Alabama GOP is looking to fire up donors by inviting the Congresswoman who has called for Nancy Pelosi to be executed, believes the Sandy Hook shooting was staged, and has called the mask mandate as bad as the holocaust,” said Alabama Democratic Party Executive Director Wader Perry. “But if they’re getting fired up about MTG, so will we.”

“We’re not letting the AL GOP come out on top for honoring a dangerous conspiracist, a known liar, and a Trump extremist like Marjorie Taylor Greene,” the ADP wrote in a fundraising email.

Greene said on social media a week ago Monday: “When Republicans opt for political correctness & refuse to stand up and fight for America First conservative values, they let America Last Democrats win. The GOP has been filled with these RINOS for decades and that is why we are where we are. Fight for faith, family, and freedom!”

Greene has been dismissed by her Democratic critics as a QAnon right-wing conspiracy theorist.

“If Alabama Republicans consider Mike Flynn and Marjorie Taylor Greene honorable, we know exactly what kind of candidates they’ll be putting on the ballot in 2022. And we need to be prepared,” the Alabama Democrats continued.

The Alabama Federation of Republican Women describes itself as “a partner with all Americans who believe in family values, individual initiative, limited government, low taxes, free enterprise, fiscal responsibility, and honest and accountable government. Our goal is to foster the principles of America’s founding fathers and to elect Republicans that share our values and goals.”