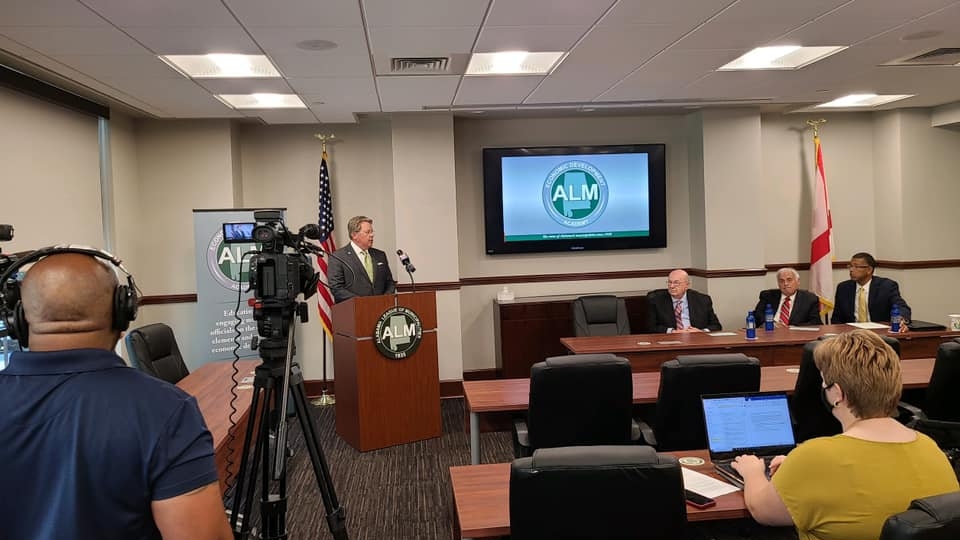 On Thursday, July 29, the Alabama League of Municipalities (ALM) announced the creation of its Economic Development Academy and launched the application portal via its website, almonline.org.

Developed in conjunction with the Alabama Community College System (ACCS) and supported by an advisory council of industry leaders, the Academy will engage local leaders and help them further understand their critical role in the economic development process. The Academy is specifically designed to educate and engage municipal officials and designated community business leaders on best practices and strategies for successful economic and community development.

Additionally, the Academy will focus on the role of elected officials regarding evaluating abatements, legal processes and implications, correctly marketing the community, gaging the community’s expectations, workforce development as well as other key aspects of the development process.

Unlike other economic development programs, the Academy is tailored to municipal officials using a team model. The mayor or another designated elected or administrative official and at least two councilmembers are required to participate from each community to form a team of up to five members.

“Our organization is pleased to collaborate with the Alabama Community College System and Neal Wade to launch the ALM Economic Development Academy,” said ALM Executive Director Greg Cochran. “It is our goal for the Academy to develop intentional programming and identify resources to empower our municipal officials so they can create legacy programs and projects within their cities and towns. Municipalities are the foundation of our state’s economy, and it is the League’s mission to provide our members the necessary tools to build a community where citizens can live, work, play and prosper and where businesses can thrive.”

The Academy will take place over a full year and consists of an orientation; four one-day sessions that include community assignments; and a special graduation ceremony. To graduate, participants must conduct an economic vitality survey of their communities; complete a community assessment/project; and attend all sessions. At the conclusion of the year-long program, graduates will be presented a certificate of municipal economic development from the League and ACCS.

Neal Wade, former head of the Alabama Development Office as well as a consultant for Alabama Power, The St. Joe Company and the Economic Development Partnership of Alabama, has been tapped to develop the Academy’s curriculum and conduct the classes. “The objective is for Alabama communities to be the best they can be and competitive for growth and new revenue,” Wade said. “Setting realistic expectations for each community will be foremost.”

In addition to working with Wade, the League has developed a partnership with ACCS to provide classroom space and workforce development resources for Academy participants. The four mandatory sessions for selected municipalities will be conducted at ACCS campuses throughout the state based on each region. “At Alabama’s community colleges, everything we do is workforce development – from education and training to providing wraparound services and hosting community events,” Chancellor Jimmy Baker said. “We are honored to work alongside the Alabama League of Municipalities to launch the Economic Development Academy and host its participants at our campuses across the state. Education is so often the linchpin to positive change and the resources and training this effort will provide will have a positive impact on Alabama for years to come.”

To further reinforce the Academy and expand its reach, an Academy Advisory Council has been developed to add input, assist with training and provide additional resources. The Council consists of state and federal government agencies, ACCS presidents, utility partners, League strategic partners, local economic developers and statewide business associations. Their support and input will be invaluable to the success of this new program.
Academy applications will be accepted via the League’s website July 29 – August 31.

Applicants will be thoroughly evaluated and candidates chosen by mid-September. There is a community fee to participate. For additional information or to apply, please visit www.almonline.org.

In this article:Alabama League of Municipalities, economy, jobs