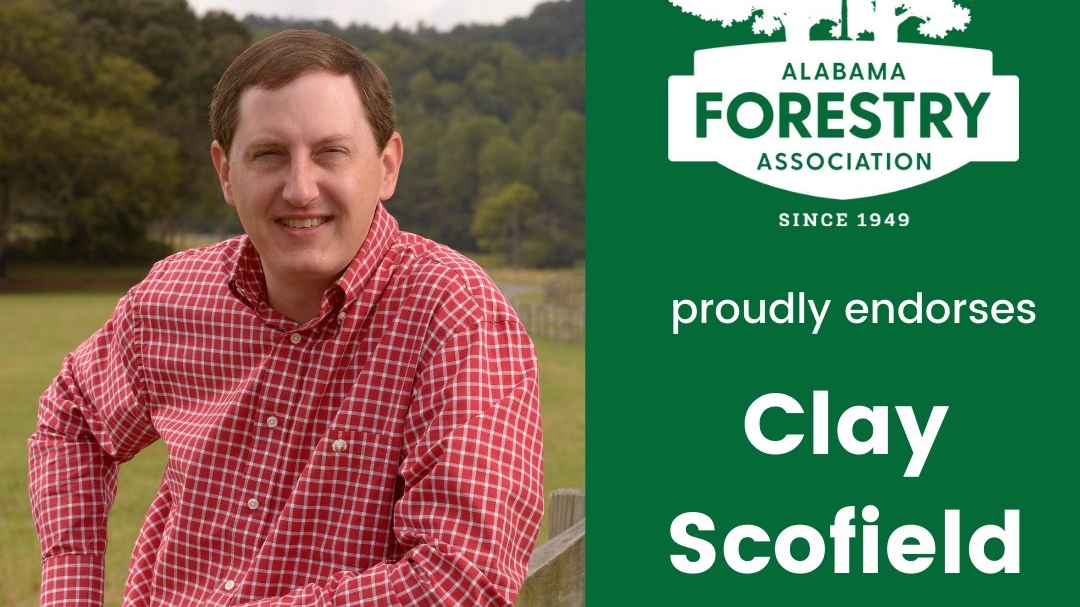 “Clay has done an exceptional job during his time in office,” said AFA President and CEO Chris Isaacson. “He knows the value of forestry to the state’s economy and there is no better advocate for rural Alabama among the state’s political leadership. We are fortunate to have someone with his agricultural background, his roots in limited government, and his value of hard work serving in the Legislature. We are proud to support him in his bid for reelection.”

“It is an honor to be endorsed by one of the most conservative organizations in Alabama,” Scofield said. “Their positions on private property rights, lower taxes, and less government regulations are perfectly aligned with my conservative values.”

The AFA listed a number of Scofield accomplishments as to why they are endorsing the powerful Senate majority leader.

These included: successfully sponsoring legislation to bring high-speed broadband access to rural Alabama; shepherding a bill through the legislature that provides grants for companies expanding into low-density rural areas; job creation; government right sizing; and the protection of individual freedoms.

Scofield has a bachelor’s degree in Agriculture, Business and Economics from Auburn University. He is a third-generation farmer. He is a member of the Church of Christ. Scofield is an avid hunter.

District 9 presently includes portions of Blount, DeKalb, Madison and Marshall Counties, but the district is likely to see some changes with reapportionment and redistricting based on the 2020 Census.