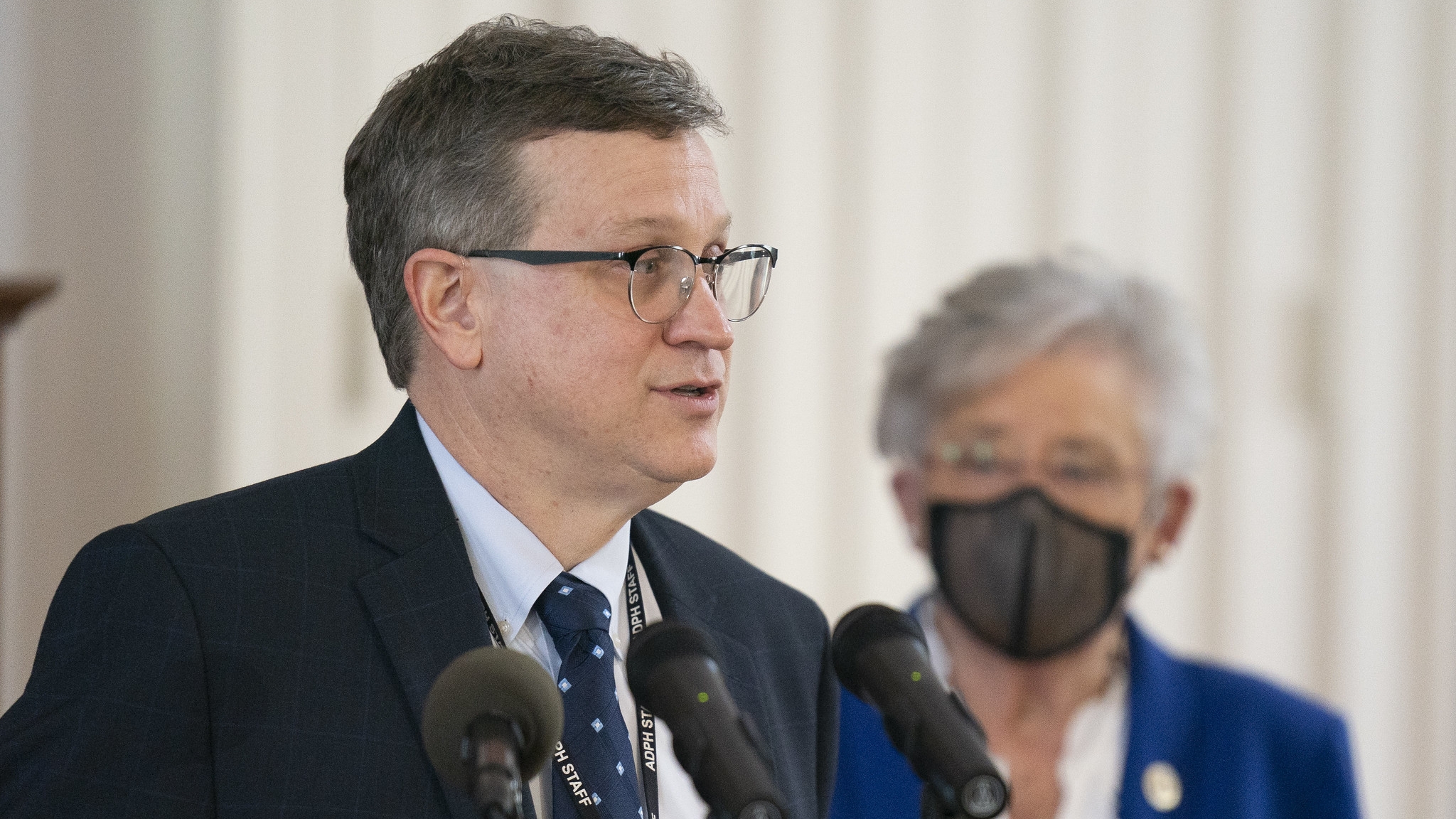 Even so, vaccine doses have gone to waste in Alabama, Harris said. A combined 65,511 doses of the three life-saving vaccines in use in the U.S. expired before they could be used, he said.

“That’s extremely unfortunate when we have such a low vaccination rate, and of course there are so many people in the world that still don’t have access to vaccines, so that’s really a shame,” Harris said.

Despite growing numbers of Alabamians seeking vaccines — the state’s seven-day average of new daily doses grew by 74 percent in the last three weeks  — Alabama is still the least fully vaccinated state in the nation, according to the Centers for Disease Control and Prevention.

Harris told reporters in the Friday briefing that new cases and hospitalizations are rising at a rapid rate, with just 7 percent of the state’s ICU beds available on Friday.

For four straight days, Alabama has seen more than 3,000 new confirmed cases daily, with 3,653 more cases on Friday, bringing the state’s seven-day average of daily cases above 2,900 for the first time since Jan. 17, at 2,914 on Friday.

The state also tracks cases by the date on which they became infectious. Though that data takes longer to process, and there is some lag for recent days, the trends are the same. Over the 14 days leading up to and including Aug. 3, some 31,150 people became infected with COVID-19 and tested positive for the virus — the highest 14-day total since Feb. 2, 2021.

Meanwhile, the percentage of tests that have been positive over the last week — an indicator of the level of community transmission known as the positivity rate — is at the highest point it’s been since the pandemic began at 24.1 percent. Experts say the rate should be at or below 5 percent otherwise cases are likely going undetected.

The state has reported 131 deaths since July 1. It typically takes more than a week for a death to be confirmed by ADPH and sometimes longer for the date of death to be determined and reported. According to the department’s preliminary data — which is likely to be revised upward once dates of death are confirmed — at least 31 people have died in the last seven days.

Deaths are also a lagging indicator, meaning a rise in cases and hospitalizations as the state is experiencing now is usually followed two to three weeks later with a rise in deaths, although Harris said there could be fewer deaths in this surge due to the higher numbers of older vaccinated residents.

More than 95 percent of Alabamians in the hospital with COVID-19 are unvaccinated, Harris said, citing surveying done by the Alabama Hospital Association.

Alabama hospitals on Friday were caring for 1,923 COVID-19 patients, a 162 percent increase in the last two weeks and the most since Jan. 29. Harris noted that there were 37 children hospitalized with COVID-19 in Alabama on Thursday.

“If you go get vaccinated today, and we hope you will, it’s going to be somewhere around five to six weeks before you can be fully protected,” Harris said, urging people to get vaccinated as quickly as possible.

Of the more than 1.6 million fully vaccinated Alabamians, there have been 6,427 confirmed COVID-19 cases, or 0.4 percent, Harris said.

“That’s a very, very small number. The percentage of people who have died and who have been vaccinated is even lower than that,” Harris said, noting the state has confirmed 26 deaths out of the more than 1.6 million vaccinated residents.

Harris said with schools reopening this week and next, there’s a real concern over outbreaks in classrooms, which could disrupt learning, send kids home to quarantine and shutter some classes. ADPH has followed the CDC’s guidance and recommends everyone above age two in schools, regardless of vaccination status, should wear masks.

“Our view in public health is that universal masking is the best way to protect people,” Harris said. “Not only does it prevent transmission of disease. It’s also a great way to keep kids in school who’ve been exposed to a case so that they don’t have to be quarantined.”

Asked about the change in the state’s approach from the last surge to this one, with respect to business closures and mask mandates, Harris said the appetite for restrictions and mandates “is not the same as it was a year and a half ago, and we recognize that reality.”

Harris said the state also isn’t in the same situation it faced during the winter surge. Hospitals are more experienced in handling COVID-19 and have better supplies at hand, but staffing shortages are a problem, he said. This time around, though, we have the vaccines, he said.

“It just simply doesn’t make sense to do it when you have 600,000 cases,” Harris said. “We’re not in a situation where we’re trying to contain this. It’s already widespread and everywhere.”

As for schools, ADPH asks that schools notify close contacts of an infected person, Harris said.

Asked what his message would be to school superintendents still debating whether to require masks, Harris said it’s important they know the department’s recommendation to do so is solely about preventing the spread of COVID-19.

“We’re hearing all day long from people who are completely pro-masking or completely opposed to masks, and it’s all day long,” Harris said.  I would just say, we’re only making this recommendation  because we think it’s the best way to keep people safe.”

School buildings are full of children, many of whom can’t get vaccinated and have chronic health conditions, as well as adults who may also be unvaccinated, Harris said.

The CDC’s guidance now states that children who are wearing masks and who are at least three feet from others and are exposed to a known case do not have to quarantine at home, Harris said. By requiring masks schools can prevent more children from having to leave school to quarantine, he said.

“We have seen what it’s like trying to do school virtually for a year, and it was not a great experiment in most cases,” Harris said.