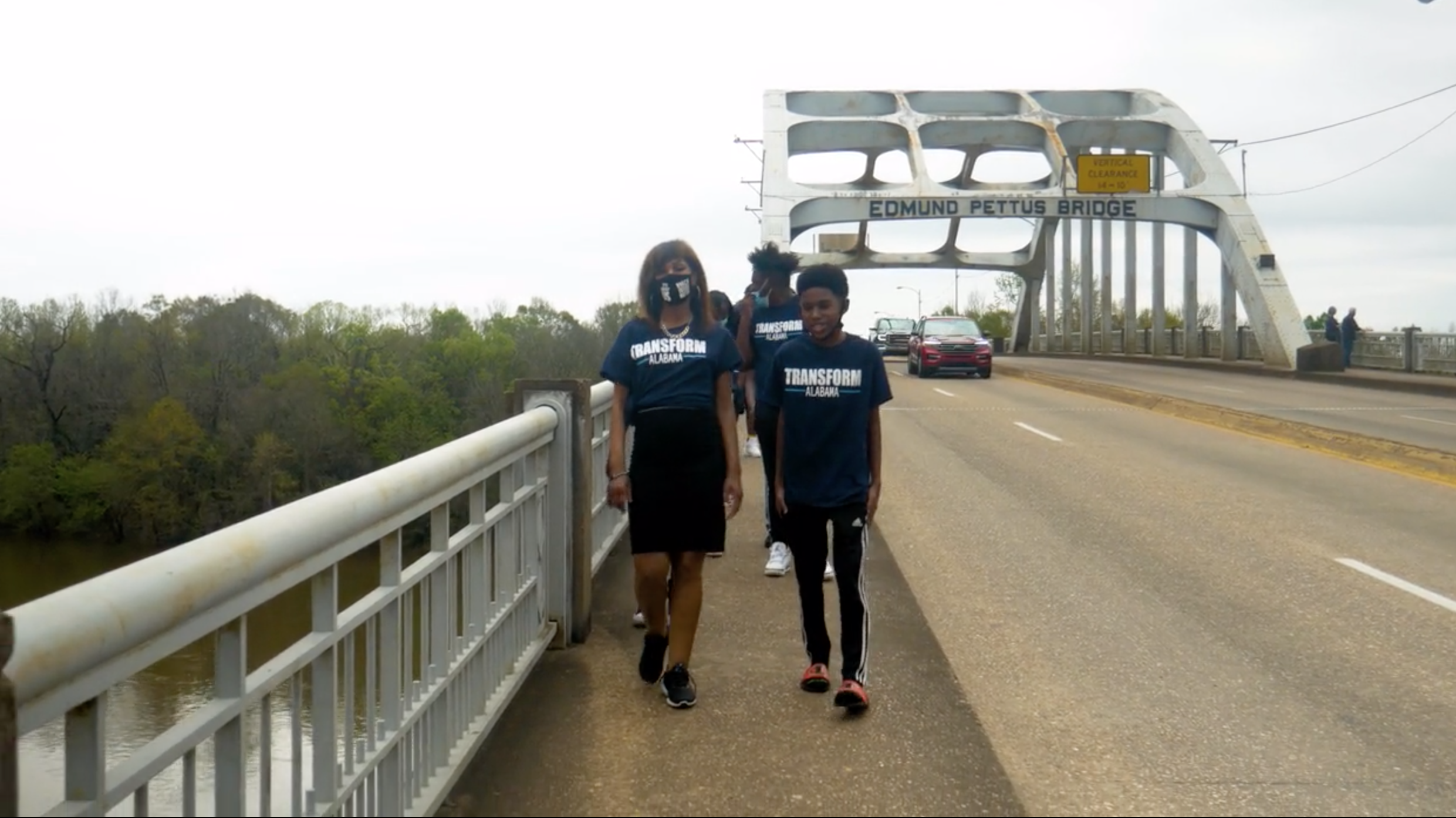 Dia "Dr. Dia" Winfrey and young volunteers in a screenshot from a trailer for the film "ROLL OUT." Image courtesy of Kickstarter.

A voter engagement group launched a kickstarter campaign today to raise money for a documentary that aims to tell the 150-year story of voting rights activism in the state.

Adia Winfrey, founder of Transform Alabama, said the “ROLL OUT” project will follow a continuum of stories that build an “intergenerational bridge” between the movement’s past and future.

“For centuries, Alabama has been the catalyst for nationwide and global change,” Winfrey said in a statement. “However too often, Alabamians fail to see the true benefits of the shifts we create. For decades, Alabama has ranked last or near last in education, jobs, healthcare, and other quality of life issues. ROLL OUT aims to change this trend by empowering Transformers around the state to create the change we seek by continuing the legacy of our ancestors.”

The film will trace voting rights activism from its earliest roots, which have been left out of most historical narratives, through the experiences of foot soldiers who lived critical moments of the Civil Rights era to the genesis and growth of Transform Alabama.

Winfrey has a background in psychology. She applies hip-hop culture to voter engagement. She ran for Alabama’s 3rd Congressional District seat in 2020, the first Black woman candidate to do so. According to Transform Alabama’s website, her campaign tried to partner with then-Sen. Doug Jones and the state Democratic Party “but we were ignored. So, we vowed to run our race our way.”

She used her observations of voting trends as a community organizer and chair of the Talladega County Democratic Party to run a campaign that garnered a six-digit vote tally in the general election, although she lost to Republican incumbent Rep. Mike Rogers, who claimed 67.5 percent of ballots.

But the increased Democratic voter turnout was a sign of change, she said.