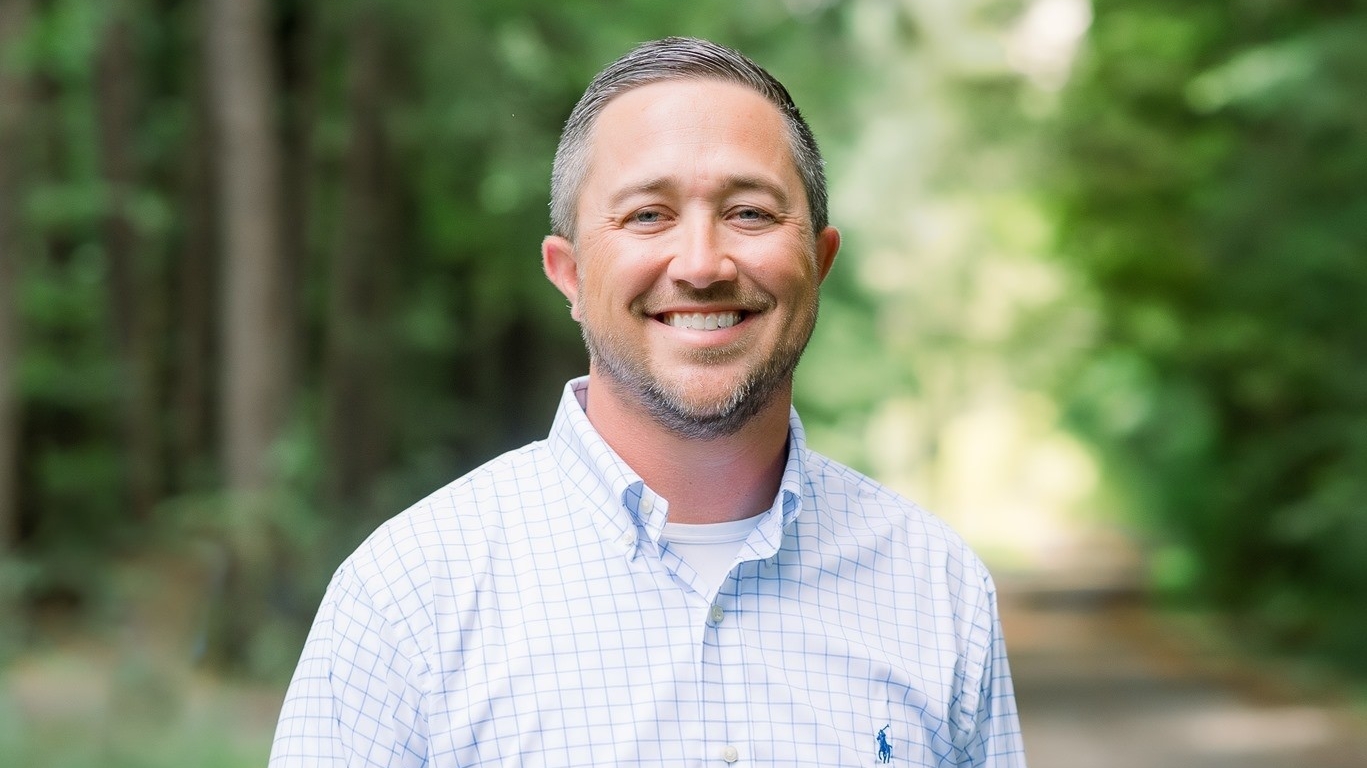 Justin Burns has been the principal of Leeds Elementary School since 2016.

“30 years ago our family moved to St Clair,” Burns said. “This gives us an opportunity to give back.”

Burns’ father was the longtime pastor at Bethel Baptist Church in Moody. Burns has been the principal of Leeds Elementary School since 2016. He and his wife Brandi Burns have three boys and a boxer.

“My dad was a pastor,” Burns said. “Everybody says that there are two things that you should never do and that is talk about religion or politics. We do both at our house.”

Burns said that he taught for three years at Ragland.

“I saw another part of the world,” Burns said. “You don’t accidentally wind up in Ragland.”

“After driving 40 miles one way to work, I transferred to Odenville Middle School and worked there for four years,” Burns continued. “I am a smalltown guy.”

“I always had a passion to be an administrator,” Burns said. “I wanted to have a bigger impact, a bigger influence so I got my administration degree.”

He next became an assistant principal at Moody Junior High.

“Three years ago I went to work for John Moore in Leeds,” Burns said. “I have been working with John Moore for seven years and been the principal at Leeds Elementary School for six years.”

“I loved my time at Leeds working with Moore,” Burns said. “I never met anybody who did not think that he was not a wonderful man and administrator.”

Burns explained that all three of his children, “All go to Leeds with me; but if elected Superintendent they will go to Moody.”

Moody, like Ragland and Odenville, are in the St. Clair County School System along with Ashville, Steele, Margaret, and Springville.

“We had to pray long and hard for this,” Burns said. “My eldest will be a ninth grader. This will be a big shake up for them; but they understand that daddy has a calling.”

Burns said that the superintendent of the St. Clair County Schools is the job that he has long wanted.

“When I interviewed with (then) Superintendent Jenny Seales” for assistant principal, “I said I really want your job someday,” Burns told the crowd of over 40 Republicans.

Incumbent Superintendent Mike Howard is expected to run for another term as superintendent.

St. Clair County Republican Party Chairman Ren Wheeler announced, “The 19th of this month Mo Brooks is coming as our speaker.” Congressman Mo Brooks is a candidate for U.S. Senate.

Wheeler explained that that meeting will be at the St. Clair County Courthouse in Pell City at 6 p.m.

Wheeler said that that was also the deadline to bring in all of your raffle tickets.  All tickets and money must be turned in on or before Aug. 19, 2021.  The drawings for the guns will begin on Aug. 21 and continue until Aug. 31. Contact Ren or Deborah Howard to purchase raffle tickets or make arrangements to drop off tickets and money if you cannot attend the meetings on Aug. 19.

“Sheriff Billy Murray and our District Attorney (Lyle Harmon) will be the speakers,” Glass said. “We want to have a law enforcement appreciation event. That will be at the Pell City Steak House.”

“We will have an Auditor’s candidate forum on October 30,” Glass said. “All four State Auditor candidates have agreed to come. We are very excited.”