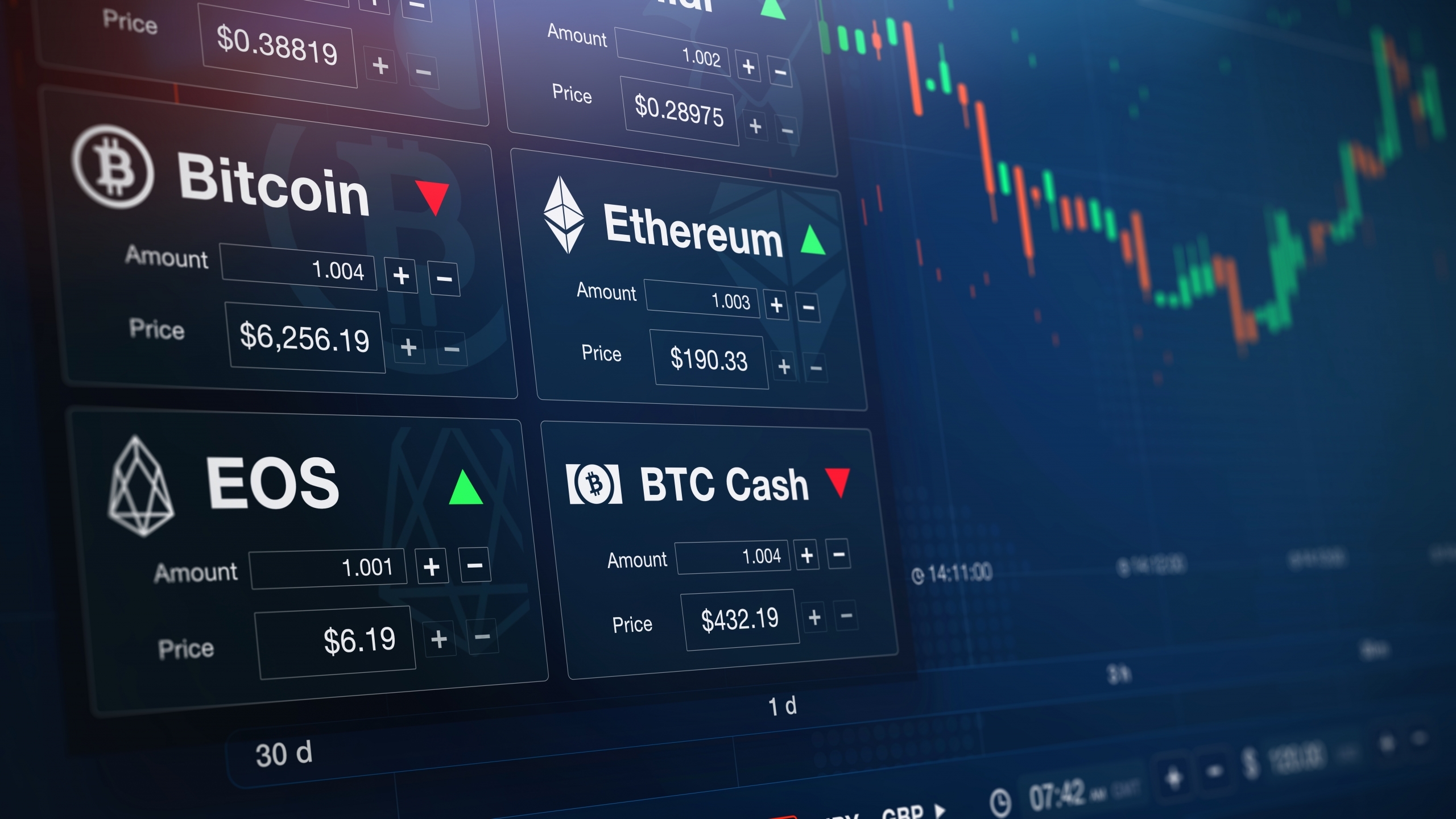 The U.S. Senate is poised to pass a bipartisan, $1 trillion infrastructure bill as soon as Tuesday. On Monday, Republican U.S. Senate candidate Katie Boyd Britt urged senators to include an amendment from Sen. Pat Toomey, R-Pennsylvania, in the final version of the infrastructure legislation. The Toomey amendment clarifies new cryptocurrency rules that are part of this mammoth legislation package.

“I have been traveling the state today and got some questions on Twitter about where I stand on the Toomey Amendment,” Britt said. “So if the current infrastructure bill is going to pass, it must have the Toomey Amendment. Without it, the demands that it will place on the crypto-ecosystem will drag on jobs and innovation and security overseas. So rest assured I will always be a voice for innovation and prosperity here in America.”

WATCH for my thoughts: pic.twitter.com/5Z0tLGN5kI

“I support American innovation and entrepreneurship, including in the crypto space, and want to see the digital asset broker issue clarified in a way that ensures that the federal government is not putting their thumb on the scale,” Britt said. “We should be encouraging competition here in America, not driving economic activity overseas.”

The senators’ amendment would clarify that “brokers” mean only those persons who conduct transactions on exchanges where consumers buy, sell and trade digital assets, and does not require information reporting from persons who engage in mining or staking, selling hardware or software that an individual may use to control a private key, or developing digital assets or their corresponding protocols for use by other persons if such other persons are not customers.

“While Congress works to better understand and legislate on issues surrounding the development and transaction of cryptocurrencies, it should be wary of imposing burdensome regulations that may stifle innovation,” Toomey said. “By clarifying the definition of broker, our amendment will ensure non-financial intermediaries like miners, network validators, and other service providers—many of whom don’t even have the personal-identifying information needed to file a 1099 with the IRS—are not subject to the reporting requirements specified in the bipartisan infrastructure package.”

“As the Biden administration seeks to pass the gigantic $1 trillion dollar stimulus bill, they are searching for additional taxes to add to help cover the cost,” Sorrell said. “Their eyes fell on cryptocurrency, one of the fastest-growing fields in digital finance.”

“Investors failing to pay tax they owe through cryptocurrency is a real problem, and I strongly support third-party reporting by exchanges where cryptocurrency is bought, sold and traded,” Wyden said. “Our amendment makes clear that reporting does not apply to individuals developing block chain technology and wallets. This will protect American innovation while at the same time ensuring those who buy and sell cryptocurrency pay the taxes they already owe.”

“Digital assets are here to stay,” Lummis said. “While much more work needs to be done, this amendment is a responsible step toward fully incorporating digital assets into the U.S. financial sector. The digital asset and financial technology space is incredibly complicated, and we have spent long hours working in the Senate, with industry stakeholders, and with the administration to find a way to effectively integrate digital assets into our tax code without harming the technology or stifling innovation. I look forward to continuing this bipartisan work to bring our financial industry into the 21st Century.”

While the U.S. Dollar remains the world’s reserve currency, it is not backed by gold, silver, land or anything of any intrinsic value. The United States government has not produced a balanced budget in over 30 years and the national debt has soared to $28.6 trillion – and that does not include this infrastructure bill. Due to growing concerns over inflation and the stability of the world’s fiat currencies, many people have switched to digital currencies including Bitcoin, Ethereum, Bitcoin Cash, Litecoin, Tezos, EOS and ZCash. Bitcoin, which launched in 2008, is the oldest and by far the largest of the cryptocurrencies.

“As written, the bill would crush decentralized peer-to-peer lending and would saddle blockchain developers, users of smart self-executing contracts, and transaction validators/stakers with unrealistically burdensome tax and KYC (Know Your Customer) reporting,” Sorrell added. “The Toomey amendment is an absolute must have for crypto enthusiasts, because it would clarify who is a broker and who has to do the reporting.”

The Toomey amendment failed after a series of procedural moves ahead of the vote.

U.S. Sen. Richard Shelby, R-Alabama, had coupled his own amendment to the Toomey amendment to restore $50 billion in defense construction spending. Sen. Bernie Sanders, I-Vermont, and many Senate Democrats refused to consent to the change.

“Because there’s a difference of opinion on whether or not the senator from Alabama should get a vote on his amendment, because that is not agreed to, the body is refusing to take up an amendment that has broad bipartisan support,” Toomey said on the Senate floor. “In what universe does this make any sense?”

Sen. Ted Cruz, R-Texas, explained on social media: “There’s a partisan disagreement on spending, so Dems objected to ALL further amendments. That means NO vote on Wyden-Lummis to lessen the damage this bill will do to crypto, & NO vote on the Cruz amd. to repeal the new crypto rules altogether.”

“The result? The Senate’s going to inflict billions of dollars of damage on the growing & exciting crypto industry & drive much of it overseas,” Cruz said. “There aren’t 5 Senators who understand much of anything about crypto. What the Senate said last night: Let’s tax the hell out of something we know nothing about, so we can pass a giant bill we haven’t read, and spend the American people’s money on stuff we can’t afford. It’s reckless & harmful.”

The full infrastructure bill, without the Toomey amendment, will be voted on at some point today. It is expected to pass, with as many as 20 Republicans voting with Senate Democrats.

Britt is the former president and CEO of the powerful Business Council of Alabama. She formerly was chief of staff for Shelby. She is 37 years old and a native of Enterprise. She is a graduate of the University of Alabama and the University of Alabama School of Law. She is currently a member of the business service, finance, and real estate groups at Butler Snow and has practiced in the fields of corporate law, mergers and acquisitions, commercial lending, etc. in Alabama courts. She is married to former University of Alabama and New England Patriots football player Wesley Britt, who until recently worked for the Alabama Power Company. They have two children.

Sorrell is running for the Republican nomination for state auditor. There are presently at least four candidates, Brent Woodall, Stan Cooke, Rusty Glover and Sorrell, running in the GOP primary for state auditor.