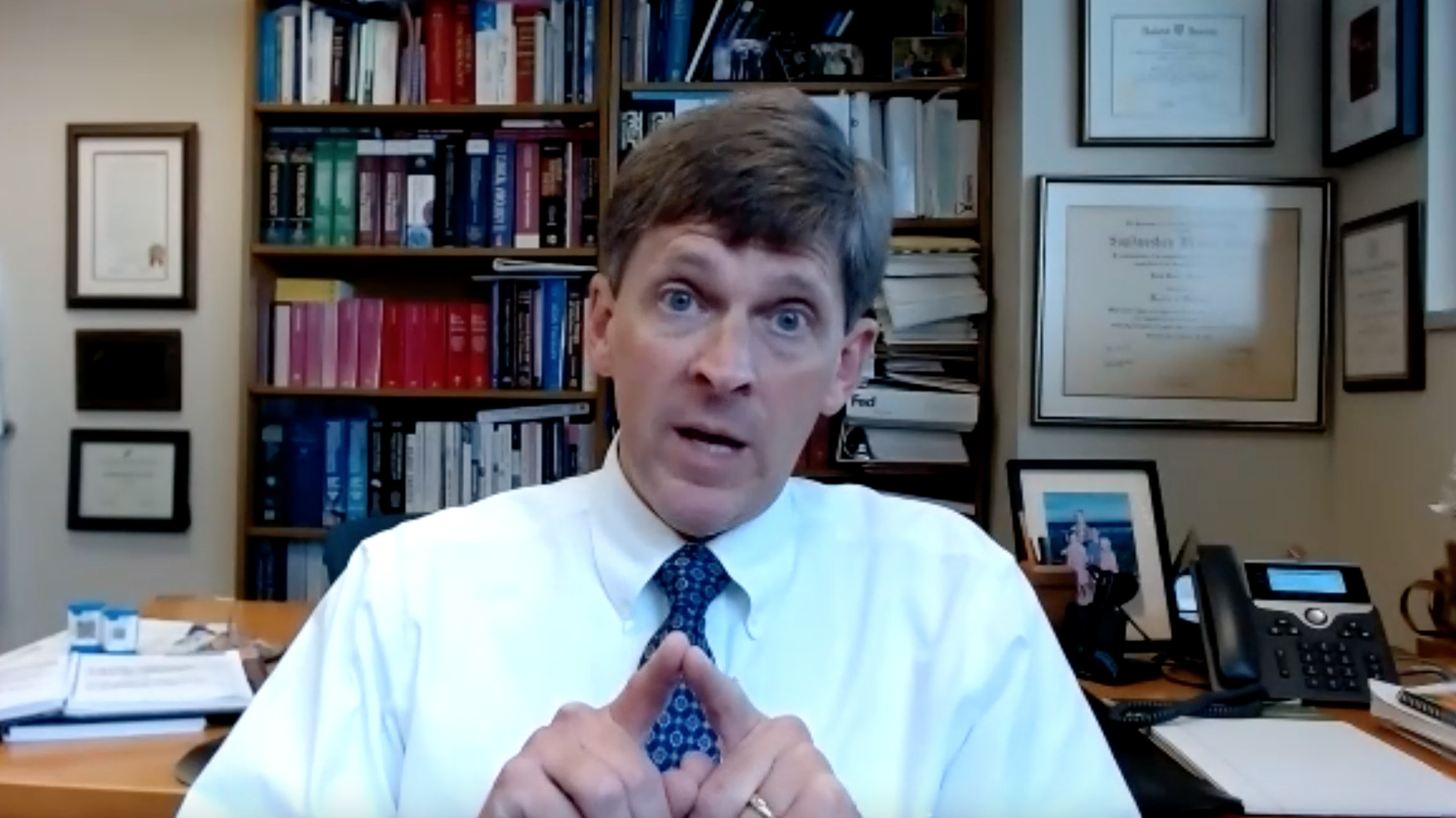 Dr. David Kimberlin, co-director of the Pediatric Division of Infectious Diseases at Children's of Alabama.

When Children’s of Alabama counted 23 COVID-positive children on Friday, the hospital was at double their highest count during the height of the pandemic last winter. Five of them were on ventilators.

“This is a different virus — a different manifestation of things that it does and how bad and fast it can happen than anything we had experienced early in the pandemic,” said David Kimberlin, co-director of the hospital’s Pediatric Division of Infectious Diseases.

The onset of symptoms is earlier — three to four days with delta compared to six to seven days with the original virus.

The children being hospitalized are younger and suffering more severe symptoms than those who were infected with the original version of the virus, he said. It isn’t known whether that means that each child who is infected with the delta variant is more likely to become severely ill or if there are simply more children being infected, so there’s a higher number of kids who have severe symptoms.

But it doesn’t really matter, Kimberlin said. If the rate of infection continues to increase, the state’s hospital system risks being overwhelmed. If the system runs out of ventilators or staff members who can administer treatment, patient care will suffer.

Kimberlin worries that Alabamians may view the situation as the second round of what they’ve already been through. He stressed that it is not.

The state has neared its health care tipping point in a much shorter span of time because of how the delta variant behaves, he said. Viruses mutate to continue reproducing; more reproduction means more chances of survival. The delta variant has been found to produce up to 1,000 times more virus in infected people’s noses, making it the second-most contagious airborne respiratory disease known to science. The first is measles, which can remain alive and linger in the air for up to two hours.

The delta variant doesn’t have that level of endurance, which means it requires its host to be in closer contact with new potential hosts. This means that social distancing and masking when indoors are still effective at preventing its spread — as long as enough people take those precautions seriously.

“This is an all-hands-on-deck moment for Alabama and we have got to do some major changes to how we’re doing it,” Kimberlin said. “The good news is we know what those changes are. We’ve done it before and it worked.”

The number of COVID-positive patients at Children’s had dropped to 17 by Monday, but overall hospitalizations continue to surge, with 2,631 reported statewide on Monday. Of those, 40 were children.

Almost 9 out of 10 hospitalizations were unvaccinated people.

“We’re setting new records by the day, and that’s not a good position to be in,” Kimberlin said.