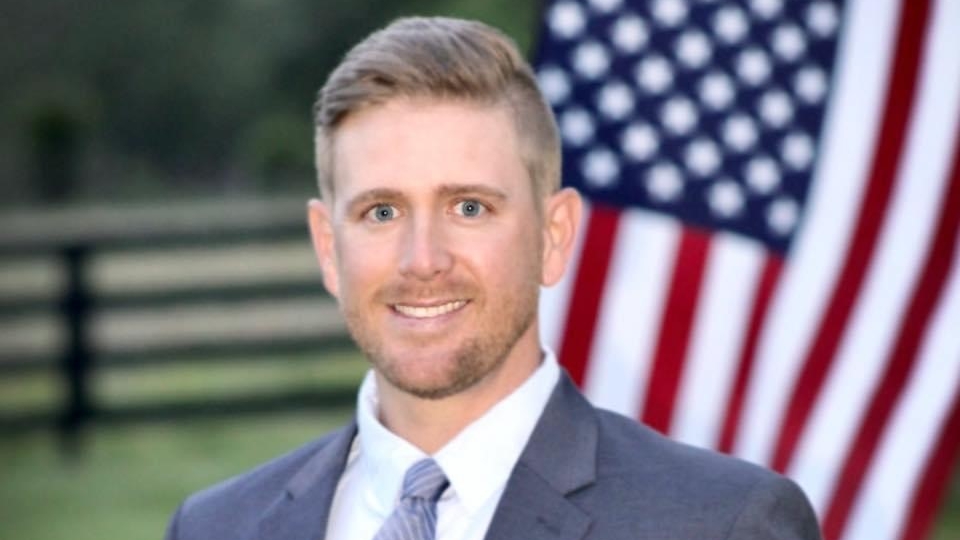 Andy Blalock announced that he is running for the Alabama 5th Congressional District seat that is currently held by Mo Brooks. Brooks is vacating the seat after six terms to run for U.S. Senate.

Blalock is a teacher and rancher. He was the first male in his family to attend college and earn a degree. He graduated from the University of North Alabama in 2007 with a degree in biology and secondary education. He moved to Huntsville in 2007 and has been teaching for the Academy for Science & Foreign Language for 14 years as a middle school Science Teacher. There he is a sponsor of the SGA and Chairs Positive Behavioral Instructional Support.

Blalock loves basketball and has coached youth teams and middle school. In 2011, he moved to Athens and purchased Grassland Ranch where he has instructed kids and adults how to ride horses and barrel race.

Blalock on Monday condemned President Joe Biden’s “disastrous withdrawal policy that has led to the collapse of Afghanistan and the return of the Taliban to power.”

“The collapse of Afghanistan is due to complete failure of leadership. It is clear President Biden is incapable of leading our country on foreign policy and military,” said Blalock. “He has squandered decades of work and lives sacrificed by our military. There is now no hope for stability in Afghanistan.”

“While Biden vacations at Camp David, Afghanistan is collapsing,” Blalock continued. “He withdrew our troops so recklessly that now our military equipment is falling into the Taliban’s hand and paving the way for the return of Al-Qaeda.”

“The Taliban will be back in power in Kabul on the 20th anniversary of 9/11,” Blalock stated.

Blalock says that he is concerned that China has announced that they will recognize the Taliban, giving them a major foothold in the region, further eroding America’s influence internationally.

On Sunday, the president of Afghanistan Ashraf Ghani fled the country. The U.S. has evacuated our embassy. Embassy staff is working from a hangar in Karzai International Airport. Thousands of American civilians are trying to get out of the country along with over 40,000 Afghans who have been given visas to come to the United States. The British and other allies are in the same predicament.

Biden rushed 6,000 Marines to Afghanistan to maintain order at the airport and maintain a perimeter around the airport. The Taliban took Kandahar on Friday and the Presidential Palace in Kabul on Sunday. The Afghan National Army has largely deserted or surrendered to the Taliban in the wake of the U.S. withdrawal.

“I agree with President Biden it has been a rapid collapse,” Blalock said after Biden’s address to the nation on Monday. “However, he is 100 percent wrong to blame President Trump.  The blame lies with Biden.  He told us in May that this collapse would not happen.  He was wrong.  His Generals told him not to pull out and now the Taliban is controlling Afghanistan.  In just a few short months, Biden has lost all of our gains and he has strengthened the position of China.  Worse yet, he doesn’t recognize the mistake that he has made.  So many lives have been put in jeopardy due to his reckless decisions and lack of leadership.”