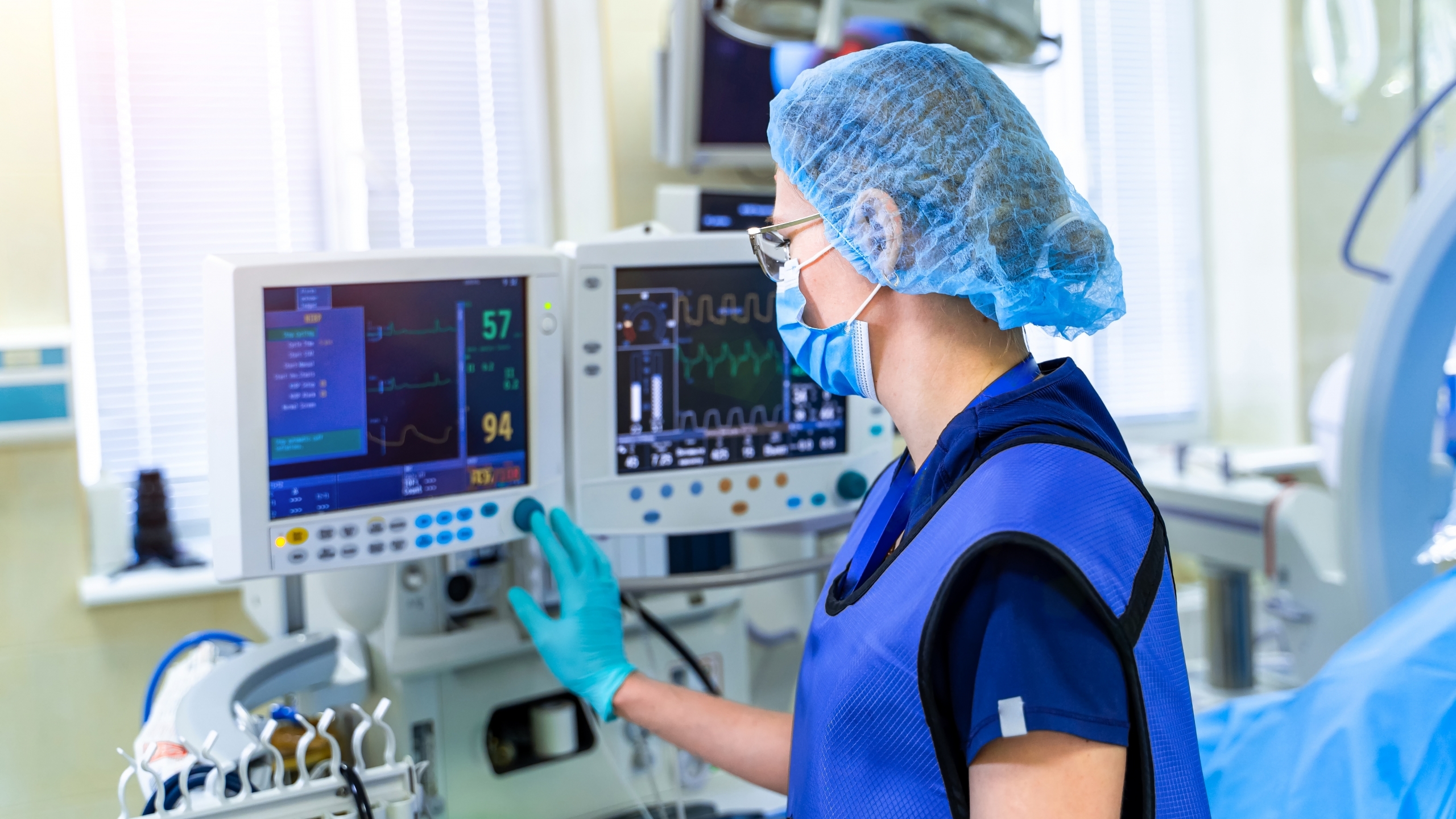 UAB infectious disease experts on Wednesday warned the public about the delta variant, which they said is infecting children in greater numbers, sending more to hospitals than ever before and is threatening to shutter in-person learning for many school children once more.

“We are seeing more children hospitalized than we ever have at any stage in this pandemic,” said Dr. Jeanne Marrazzo, director of infectious diseases at UAB, during a Wednesday briefing hosted by the Alabama House Democratic Caucus.

There were 45 children hospitalized with COVID-19 statewide on Wednesday, Alabama Hospital Association President Dr. Don Williamson told APR. That’s up from 40 hospitalized children on Tuesday and nine on July 15.

“At Children’s Hospital here we have 12,” Marrazzo said of Children’s Hospital in Birmingham. “Two of those are intubated on a ventilator in the ICU. They’re less than two…it is a very scary virus, in terms of not only transmission, but probably its ability to cause severe disease, especially in children.”

Marrazzo ticked off several differences in what the state faced last winter and the current crisis caused by the delta variant. During the last previous surge, Marrazzo estimated that 15 percent of all of those hospitalized with COVID-19 were in ICUs.

“With delta it seems to be closer to 30 percent,” Marrazzo said, noting that a larger percentage of those ICU patients are being placed on ventilators than before.

“That’s not good, because once you go on a breathing machine with COVID, it has been traditionally very hard for people to get off those breathing machines, and the mortality rate is very high,” Marrazzo said.

Marrazzo also discussed the effectiveness, and limitations, of monoclonal antibody treatment, which she said has kept thousands from having to be hospitalized at UAB.

“The challenge is that it requires a clinic. It requires infusion setups. It requires nurses at a minimum, and actually often doctors to make sure that these are going okay and that these patients, who tend to be sick, are not having problems,” Marrazzo said. “There’s no way you can scale that up on a massive level if we see the numbers that we’re talking about in the next couple of weeks.”

Dr. Michael Saag, UAB’s professor of medicine and infectious diseases, explained that the state’s medical community is being pushed to its limits.

“We are exhausted. We are frustrated. We’re angry at the lack of the ability of our state and our country to come together over this issue,” Saag said.

“Put the politics aside. Bury them. Forget about public opinion,” Saag said, calling COVID-19 an emergency “that is overwhelming our capacity to provide care to patients.”

Saag called the current state of COVID-19 in Alabama a crisis “and any approach to this that falls short of addressing this as a crisis is a dereliction of duty, in my opinion, on the part of elected officials.”

Alabama had 29 more patients in need of ICU beds than the state had beds, Williamson said. Hospitals have been taken space in other areas to create ICU beds, but the emergency practice has limitations, largely around limited staffing to operate those growing beds.

There were 2,731 people being treated in Alabama hospitals for COVID-19 on Wednesday, a 131 percent increase from three weeks before, and 353 patients shy of the state’s all-time high.

The state’s daily average percent of tests that were positive over the week ending Tuesday was a record high 23.8 percent. Public health experts say it should be at or below 5 percent or cases are going undetected.

Vaccines work, and are the only way out of the pandemic in the long run for Alabama citizens, Saag said. Alabama remains the least fully vaccinated state in the nation, according to the Center for Disease Control and Prevention.

“Secondly, despite whatever you hear on the internet and elsewhere, masks work. Period. Full stop. They work,” Saag said. “There are dozens of studies, hundreds, that show that they work.”

“And if you don’t believe they work, just watch the natural experiment that’s going on right now in our state, and other states, around the southeast, where it’s been left up to individual school boards to make their own decision about a mask mandate,” Saag said.

“We have a non-randomized clinical study going on right now, where the school systems that aren’t  requiring masks are going to have spikes in cases and quarantine among their students in the next two weeks. Those who have required a mask are not going to see that. They’ll see some cases, but not to the degree,” Saag said.

Saag said in his opinion there should be a statewide mask mandate for all indoor activities in the public and in schools.

“We want our kids back in school. Great. Let’s do the right thing and protect them,” Saag said.”You don’t put a kid in a car and drive them around the city without a car seat, you don’t send them to school without a mask. It’s unconscionable, in my opinion.”

After nearly 400 students and staff were out of school, quarantined for either testing positive for COVID-19 or having been exposed, Cullman County Schools won’t require masks, the superintendent said Tuesday.

Saag also discussed Hillsborough County Schools in Tampa, Florida, a state that doesn’t allow schools to issue mask mandates, which had 565 cases among students and staff in the first week of school, which sent 5,915 of them home to quarantine according to Florida Politics.

Such a scenario can lead to mass quarantining in schools, Saag explained.

“So by default, we’ll be back to virtual learning. I just can’t understand it. Why is wearing a mask so difficult? It’s one of the simplest things we can do,” Saag said.