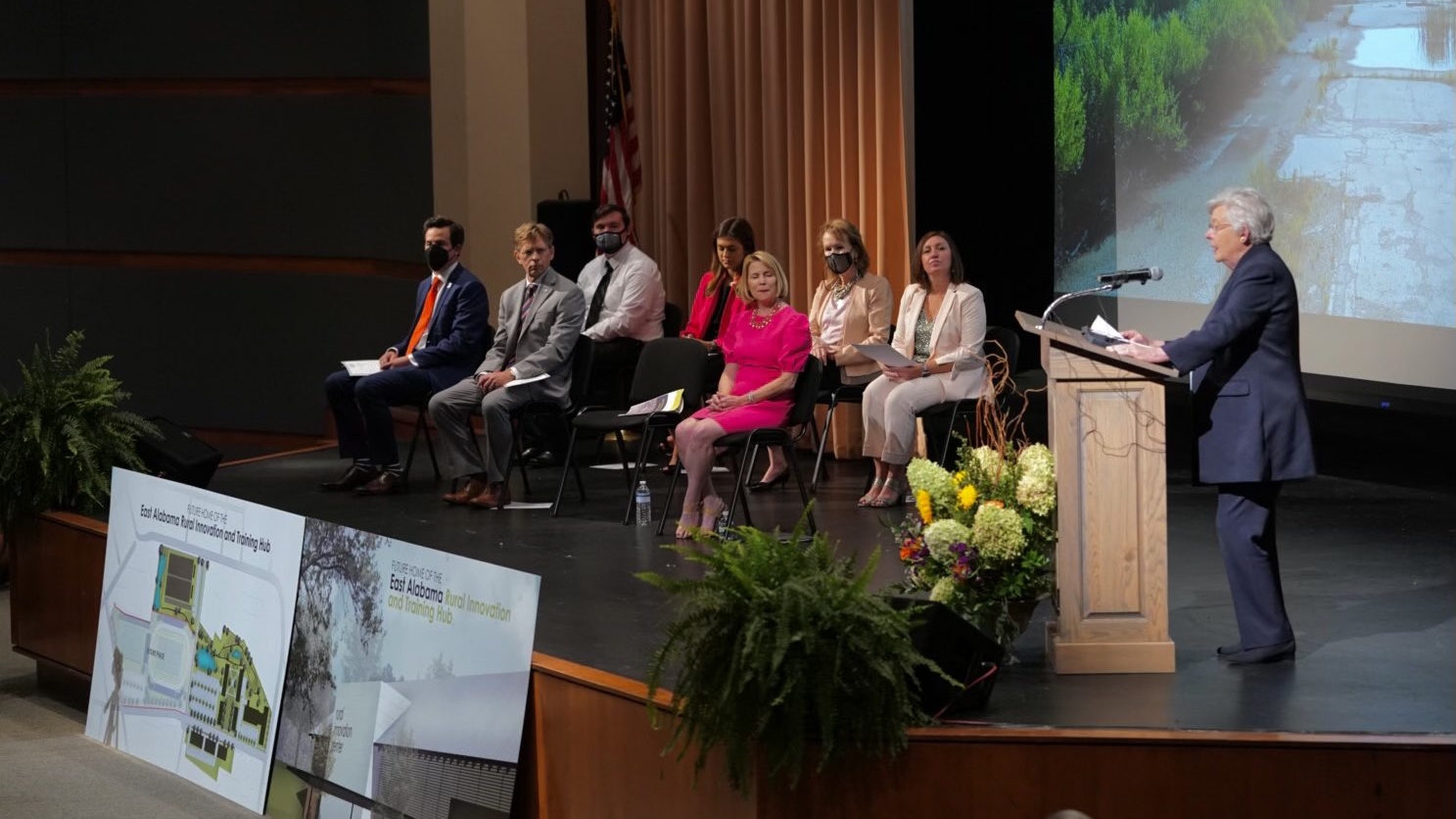 Alabama Governor Kay Ivey and state schools Superintendent Eric Mackey joined local and state leaders on Friday at Sylacauga’s historic BB Comer Elementary School for the announcement of a $1.7 grant to clean up the adjacent Avondale Mills site and replace it with a new technical skills training center: the East Alabama Rural innovation and Training Hub.

“This is a monumental day” for the people of Sylacauga and East Alabama, Ivey told reporters. “This is a new beginning for the rural areas for the state. The East Alabama Rural Innovation Hub will prepare rural workers for the jobs of the 21st century, by giving them the training and the skills that they need.”

Ivey said that the EARTH facility, “Is very important because the people need to work and they want to work. It is important for the state to make sure that they are well trained.”

“Our unemployment rate reached 3.2 percent,” Ivey said. “That is mighty close to our pre-pandemic level.”

Ivey thanked all of the shareholders for their role in the project which she predicted would be transformative for the area.

Avondale Mills closed its massive textile plant due to foreign competition post-NAFTA. The shuttered facility was struck by lightning in 2014 sparking a major fire that destroyed the structure. Today the factory, which once employed thousands is a rubble-strewn site with a number of walls still standing. The structure is both an eyesore and potentially a hazard.

“We will start actually tearing things down over the next several months after topographical surveys are done,” state Rep. Ben Robbins, R-Sylacauga, told APR.

Robbins anticipated that the first class at the training facility would be 100 to 150 and then it would grow from there.

Economic developer Nicole Jones said: “Businesses and organizations will partner with the East Alabama Rural Innovation Training Hub to create programs that will prepare students for in-demand careers in the fields of agriculture, hospitality, information technology, and healthcare. The workforce development initiative will therefore have long-term significance for Sylacauga, Talladega County, and our entire state. Thank you, Governor Ivey, for your commitment to workforce development for rural Alabamians.”

Avondale Mills was started by legendary Alabama Gov. Braxton Bragg Comer, for whom B.B. Comer High School is named on land donated to the community by Comer. Thousands of Alabamians used to work at Avondale Mills until foreign competition after the NAFTA treaty closed textile mills across Alabama resulting in many communities, like Sylacauga, entering into significant decline. Comer was governor from 1907 to 1911.