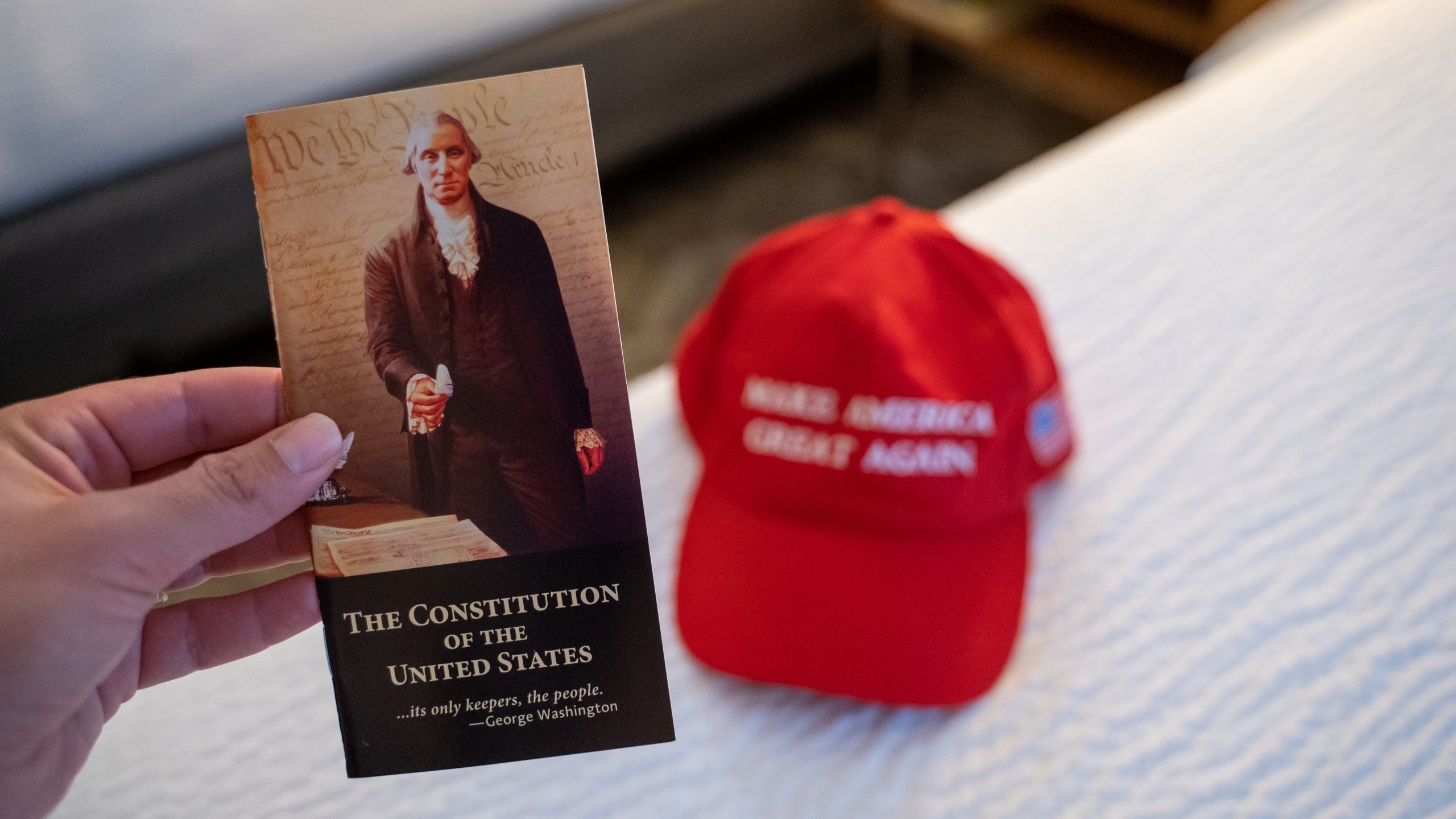 Former President Donald Trump built a loyal following of faithful supporters unparalleled in modern politics. Still, on Saturday night in a muddy field in Cullman, Alabama, the limits of his power over his devotees were on display when many of those gathered rejected his plea to take the COVID-19 vaccine.

“I believe totally in your freedoms, I do, you gotta do what you gotta do, but I recommend taking the vaccines. I did it. It’s good,” Trump said, eliciting boos from the audience.

“That’s okay, that’s alright,” Trump said, reacting to the crowd’s disapproval. “But I happen to take the vaccine. If it doesn’t work, you’ll be the first to know. But it is working. You do have your freedoms; you have to maintain that.”

The former president seemed genuinely surprised that his adoring fans jeered him.

Many had driven hundreds of miles, slept in tents, endured heat and rain to sit at his feet, but suddenly — if only momentarily — they turned on him.

It shouldn’t shock anyone that Trump’s followers reject vaccines, masks or any common-sense measure to keep them safe from the ravages of COVID-19, because Trump was the one who told them to resist such precautions.

At a rally in Ohio, he told those gathered that COVID-19 affects “virtually nobody.”

For Trump’s faithful, he has been the ultimate arbiter of right and wrong, what’s true or false, and what it is to be a real American patriot. Trump’s message all along — since as early as February of 2020 — has been: “It’s going away, don’t be afraid of Covid.”

Devotion and fear propelled Trump’s rise to power, but both fear and devotion only last as long as a leader is seen as all-powerful. Trump’s encouragement to “take the vaccines” was seen as weak and inconsistent with his image in the mind of those gathered to hear a fire-and-brimstone sermon from their commander in chief.

Trump, once looking out over another sea of followers, said: “And the greatest phrase, I think, in the history of politics is on those red and white hats that I see out there: ‘Make America Great Again.'”

The genius of MAGA is it can mean whatever an individual wants it to mean. So, when Trump makes a statement that doesn’t fit the MAGA mindset, his people become angry.

Congressman Mo Brooks experienced even greater blowback from the audience at the Trump rally when he suggested the crowd move on from 2020 “election theft.”

Brooks may be Trump’s anointed candidate to represent Alabama in the U.S. Senate, but Trump’s believers are not ready to move on. And why should they look forward to the next election when they are convinced the last one was stolen? Why do Trump voters think the election was “rigged?” Because Trump and Brooks told them so.

American philosopher Eric Hoffer in his 1951 non-fiction book The True Believer: Thoughts on the Nature of Mass Movements found that “people with a sense of fulfillment think it is a good world and would like to conserve it as it is, while the frustrated favor radical change.”

Many of those who tramped through the mud at York Family Farms to hear Trump speak are angry, resentful, and are not ready to “look forward,” as Brooks encouraged them to do.

Why? Because MAGA is a cause, not a political doctrine.

A few weeks ago, APR received a press release from a Republican congressional candidate who described himself as a “Trump patriot.” Some refer to themselves as “Trump Americans,” a phenomenon not seen before in American politics.

Was there ever a George Washington patriot or a Ronald Reagan American?

It is difficult, if not impossible, to define a “Trump patriot” or a “Trump American” because Trumpism isn’t a firm political philosophy; it is malleable and is determined by Trump’s whims or what a follower may decide it is.

Many love the former president dearly, but most Republican leaders cling to Trump, mainly because they know they can’t win without his faithful.

Jeers from the Cullman crowd at last Saturday’s rally show that Trump built the movement but doesn’t totally control it.

Hoffer also wrote, “The quality of ideas seems to play a minor role in mass movement leadership. What counts is the arrogant gesture, the complete disregard of the opinion of others, the singlehanded defiance of the world.”

Shelley’s and Hoffer’s words should serve as fair warning for those who indulge the irrational emotions of the mob rather than the sensibilities that have undergirded our Constitutional Republic for over 200 years.

Shockingly, the two most reasonable statements Trump and Brooks made last Saturday were booed and rejected by Trump loyalists.

The United States of America stands or falls on the strength of the citizens’ support of the Constitution and not any one individual.

A group of true believers has coalesced around Trump, but what that means for the future of the Republican Party, the nation or Alabama is uncertain. Rarely, if ever, has a political movement endured when built upon a single figure.  The former president remains wildly popular, especially in the Yellowhammer State, but the Cullman rally showed cracks in the foundation.