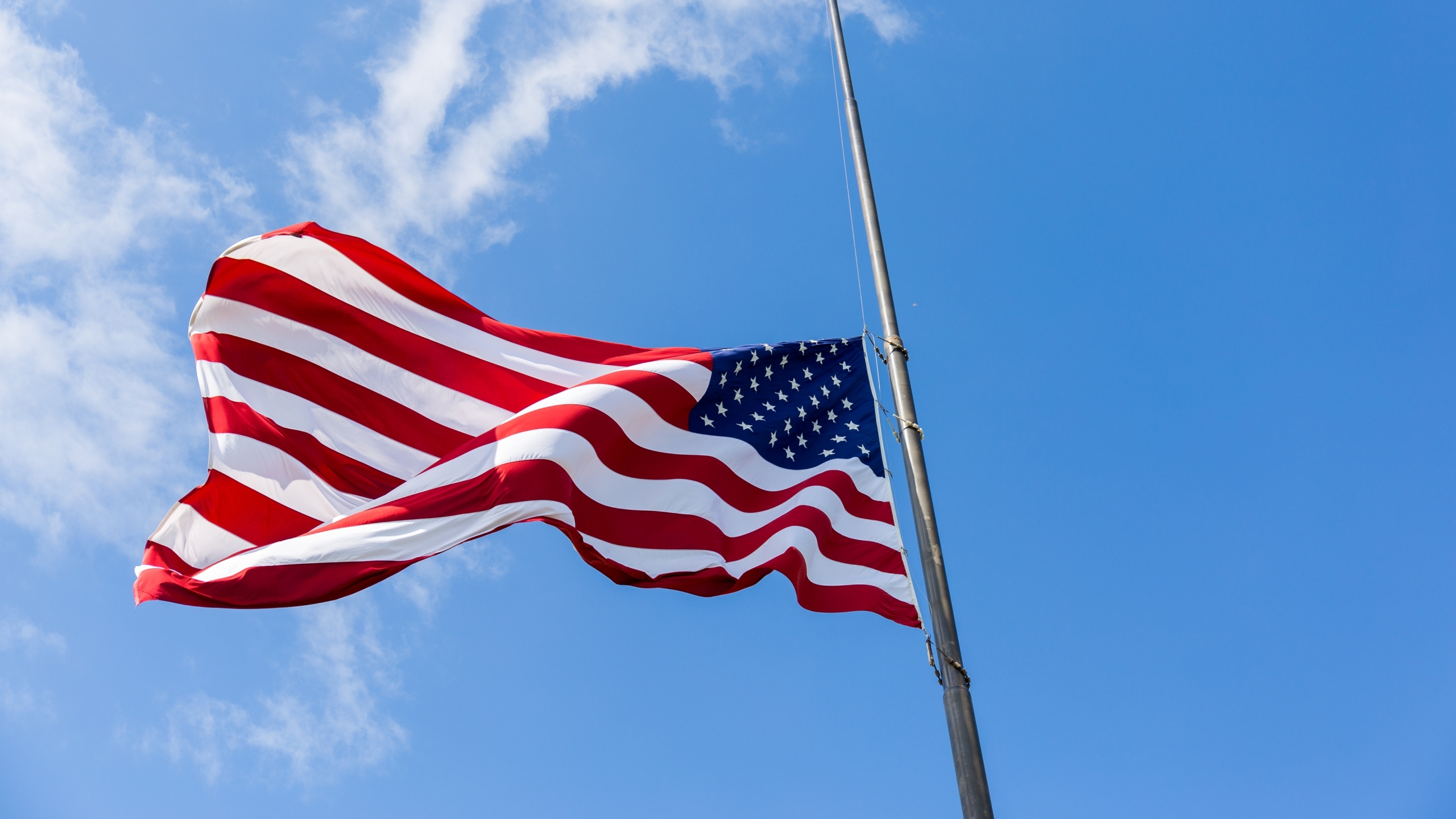 Thursday, Alabama Governor Kay Ivey (R) ordered that Alabamians should fly their flags at half staff to remember the Marines, the Navy corpsman, and other victims killed by suicide bombers at Karzai International Airport in Kabul earlier in the day.

“In accordance with the presidential proclamation, I am directing flags to be displayed at half staff as a mark of respect for the U.S. service members and other victims killed in the terrorist  attack today, August 26, 2021, in Kabul, Afghanistan,” Gov. Ivey said in a statement.

“The state of Alabama joins our fellow Americans and allies in mourning the loss of our American patriots and the brave other victims in Afghanistan,” Ivey continued. “We pray for their loved ones to be  comforted during their time of grieving, those injured in the attack and for all of our service members, citizens and cohorts to make it home safely. The sacrifice of those we lost today and in the years before is not in vain, and our support remains steadfast for the U.S. Armed Forces.”

The flags should be flown at half-staff until sunset on Monday, August 30, 2021.

President Biden has promised the Taliban that all U.S. forces will be out of Afghanistan by August 31; but Gov. Ivey urged the President on Twitter, “I urge President Biden to continue evacuations until everyone is home safely.”

Thursday afternoon, Gen. Kenneth McKenzie, the U.S. Central Command commander, confirmed to reporters at the Pentagon briefing that twelve U.S. service members were killed in the pair of terror attacks, while fifteen others were injured.

The total casualties are believed to be more than one hundred, but that exact number remain unknown.

The Washington Examiner is reporting that President Joe Biden (D) spent nearly the entire day in the White House Situation Room being briefed on the by-the-minute situational updates.

Senior administration officials explained that due to the evolving situation, the White House did not issue preliminary statements to avoid misrepresenting the situation or getting ahead of any announcements the president might make later that day.

During his remarks, President Biden called those service members killed on Thursday the “backbone of America.”

“The lives we lost today were lives given in the service of liberty, the service of security, and the service of others and in the service of America,” Biden said. “Like their fellow brothers and sisters in arms who have died defending our vision and our values in the struggle against terrorism, of the fallen this day, they are part of a great noble company of American heroes. To those who carried out this attack as well as anyone who wishes America harm, know this: We will not forgive. We will not forget. We will hunt you down and make you pay. I will defend our interests and our people with every measure at my command.”

Biden promised that he would act with “precision” to target ISIS-K assets and leadership, adding that the terror attacks would not prevent the U.S. from seeing the humanitarian evacuation to its completion.

Biden called on the nation to hold a moment of silence in remembrance of the dozen service members killed on Thursday.

Both the U.K. and France announced that the Thursday attacks would not influence their attempts to evacuate at-risk Afghans. Germany however opted instead to terminate its involvement in the mission.

“I utterly condemn the barbaric terrorist attack in Kabul in which Afghans and members of the U.S. military lost their lives,” U.K. Prime Minister Boris Johnson said of the attacks in a statement. “The threat of terrorist attack is one of the constraints we’ve been operating under, but our evacuation effort continues with over 12,000 extracted so far.”

“Melania and I send our deepest condolences to the families of our brilliant and brave Service Members whose duty to the U.S.A. meant so much to them,” former President Donald J. Trump (R) wrote in his statement. “Our thoughts are also with the families of the innocent civilians who died today in the savage Kabul attack.”

Former Vice President Mike Pence (R) said that he felt “shocked and saddened by the loss of 11 Marines and a Navy corpsman in the terrorist attack at Kabul Airport.”

Thursday’s attack in Kabul was the worst losses in a single day that the U.S. has experienced in the past decade of fighting in Afghanistan.

(Original reporting by the Washington Examiner’s Christian Datoc contributed to this report.)