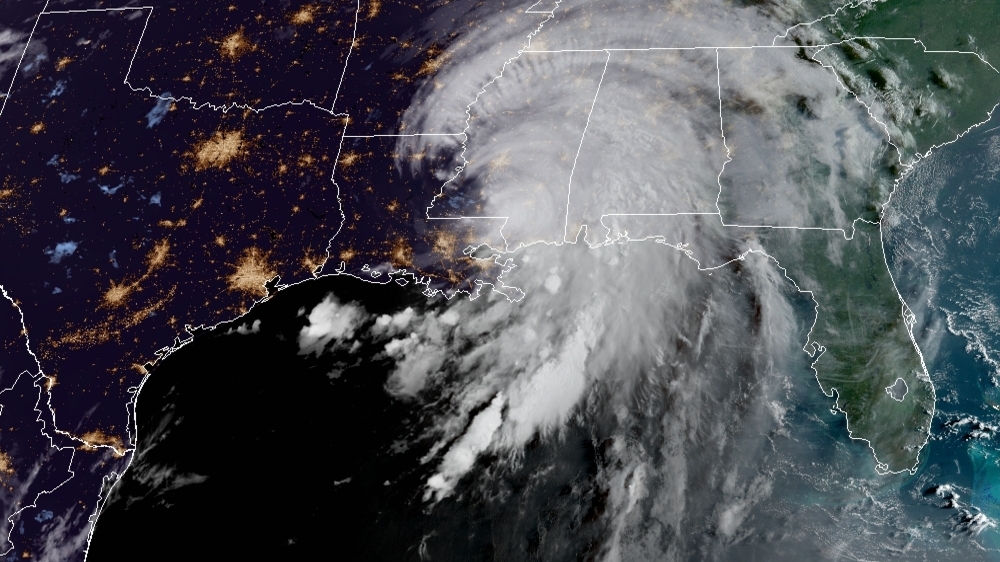 A satellite image of Hurricane Ida after it hit Louisiana. (NOAA/NHC)

Sixteen years to the day after Hurricane Katrina struck Louisiana harder than any hurricane in decades, Hurricane Ida made landfall as a powerful Category 4 storm. Alabama Gov. Kay Ivey had issued a state of emergency on Saturday, but the storm tracked further west before slamming into Louisiana.  The White House says that they have prepositioned FEMA resources for the rescue and recovery as dawn reveals just how bad the destruction was.

“This is a major hurricane. If you did not evacuate, find a safe location to ride out the storm,” said FEMA Administrator Deanne Criswell.  “Avoid enclosed areas, such as an attic, where you may become trapped by storm surge or flooding. Storm surge can cause water levels to rise quickly and flood large areas in just minutes, and you could be left with no time to take action. Please be safe and listen to local emergency management officials.”

Ida brought catastrophic wind damage where the core made landfall and brought hurricane-force winds in portions along the Louisiana coast, including the New Orleans metropolitan area. Some local levees outside of the Hurricane and Storm Damage Risk Reduction System overtopped.

The storm will also produce heavy rainfall today through Monday across the central Gulf Coast from southeastern Louisiana and coastal Mississippi to far southwestern Alabama, which will result in considerable life-threatening flash and urban flooding.

A tornado watch has been issued for parts of Alabama, Florida, Louisiana and Mississippi.

President Joe Biden approved Louisiana’s request for an emergency declaration on Aug. 27, and Mississippi’s request on Aug. 28. The declarations authorize FEMA to coordinate disaster relief efforts in support of the states by identifying, mobilizing and providing equipment and resources necessary to alleviate hardship and suffering of the local population. Additionally, the declarations authorize FEMA to provide appropriate assistance for required emergency measures to save lives and to protect property, public health and safety in all 64 Louisiana parishes and 24 Mississippi counties and the Mississippi Band of Choctaw Indians.

Keep generators outside and far away from your home. Windows, doors and vents could allow carbon monoxide to come indoors. Read both the label on your generator and the owner’s manual and follow the instructions.

FEMA is working with its federal, state and local partners as well as non-governmental agencies to support needs of areas affected by Ida.

More than 2,400 FEMA employees are deployed to Alabama, Florida, Georgia, Louisiana, Mississippi and Texas and ready to provide additional support as needed.

There are 10 FEMA Incident Management Assistance Teams ready to support state needs. Six are deployed to Louisiana, two in Alabama, two in Mississippi and three on standby to deploy if necessary.

FEMA liaison officers are deployed to Alabama, Louisiana and Texas.

Incident Support Bases have been established in Alexandria, Louisiana, and Montgomery and Selma, Alabama. Commodities, equipment and personnel are being pre-positioned to rapidly deploy post-storm, as needed. This includes:

The Biden administration is urging that everyone stay safe during Hurricane conditions.

A majority of the funds are designated by HUD for the areas most impacted by the hurricanes, which include all of Mobile and Baldwin...