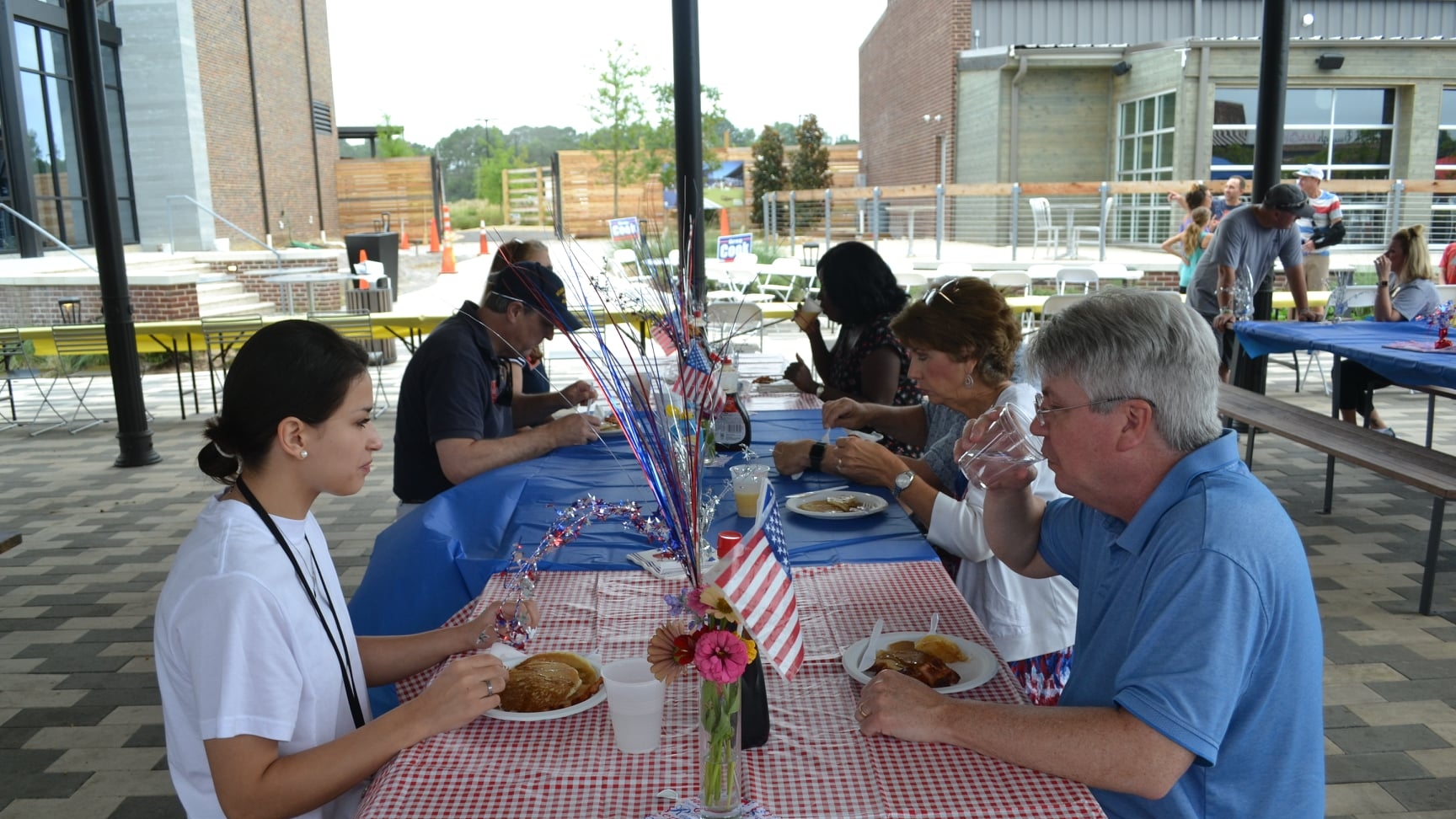 The Jefferson County Republican Party and the Republican Women of Trussville on Saturday held a pancake breakfast in Trussville. A number of statewide candidates and officeholders were in attendance as well as members of the state Legislature.

“The Republican Women of Trussville did a great job,” DeMarco said.

“We selected Trussville this year to create awareness of our Party and to provide voters an opportunity to speak one on one with candidates and elected officials, county and statewide,” said Jefferson County Republican Party Executive Committee Member Laura Payne. “We encourage all individuals, with like-minded interests, to get involved with one of our local Republican groups. Sign up on our website CONTACT | jeffcogop and let us know how to contact you. We need you now, more than ever, to keep Jefferson County from turning completely blue. We have a fight on our hands but, as President Trump knows, Alabamians are fighters, and we can do this!!!”

“Today the Jefferson County GOP and the Republican Women of Trussville held their annual pancake breakfast in Trussville, AL,” Pate said. “This event had a great turnout and enjoyed speaking with everyone.”

Pate is running for reelection in 2022.

“It was a great morning to get to know local and statewide candidates outside of a speech or meeting, when there is not always time to have a conversation,” Payne said. “The Pavilion in the Entertainment District was perfect for social distancing in a casual atmosphere to talk one on one with our local and statewide candidates and elected officials.”

“It was great to start the morning in Alabama‘s largest county by attending the Jefferson County Republican Party and the Republican Women Of Trussville’s Pancake Breakfast in Trussville entertainment district!” said Alabama Secretary of State John Merrill. “It was great to see some old friends and meet some new ones!”

Merrill is term-limited from running for another term as secretary of state.

So was State Auditor Jim Zeigler. Zeigler, like Merrill, is term-limited from running for another term. Zeigler is exploring getting in the governor’s race.

Both candidates for Supreme Court Place 5 were in attendance: Greg Cooks and Judge Debra Jones.

Ainsworth said: “Great morning at the Republican Women of Trussville Pancake Breakfast.  Great to see a lot of wonderful conservatives this morning and appreciate Danny Garrett and David Faulkner friendship.  Now to time to go watch Hunter and Hays play some football.”

Ainsworth is running for re-election in 2022.

State Sen. Dan Rogers, R-Mountain Brooks, was present. He is running for re-election in SD15.