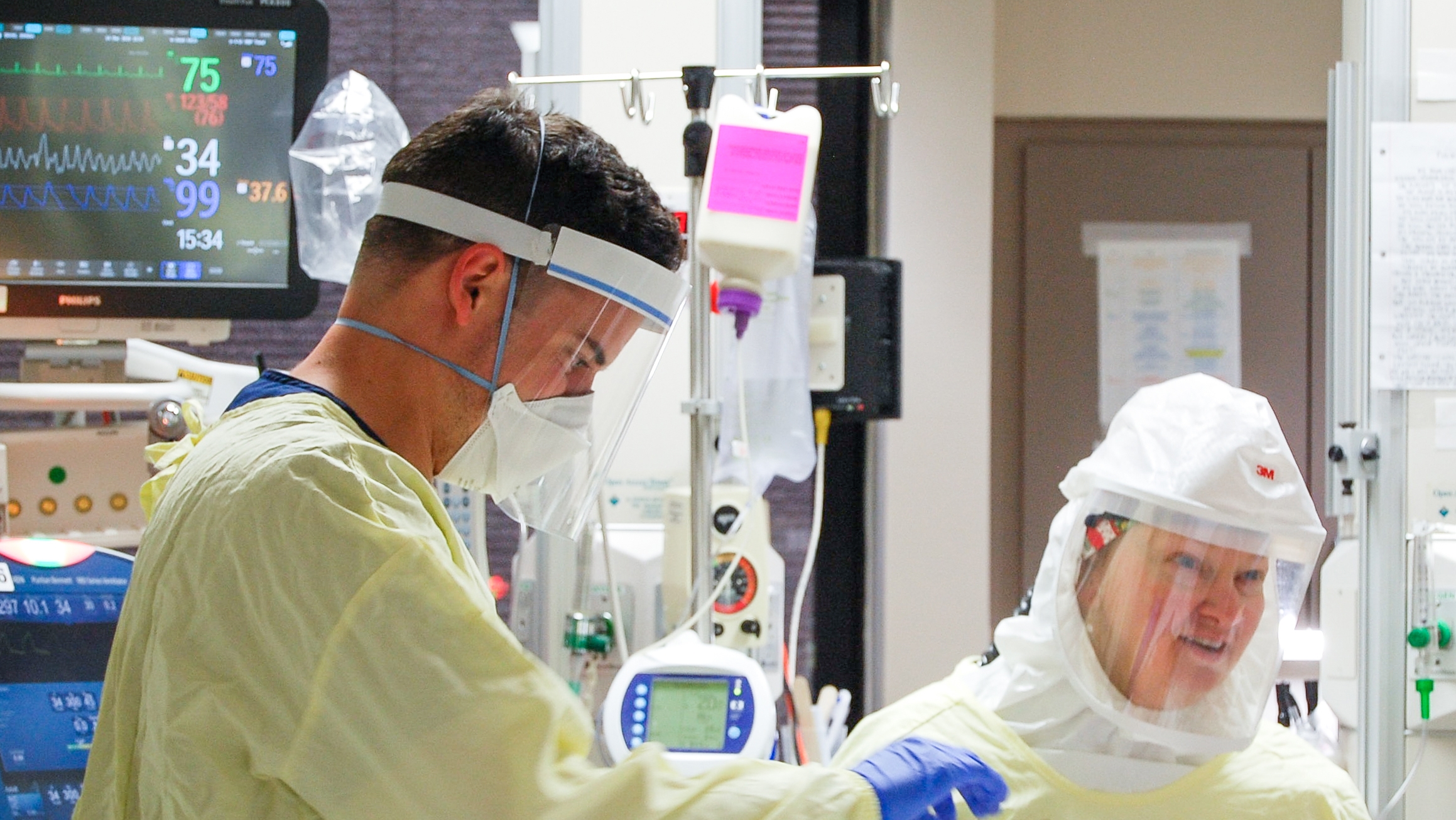 The federal government’s decision to cut shipments of the monoclonal antibody treatment drug to Alabama and six other Gulf Coast states by 30 percent should be reversed, doctors with the Medical Association of the State of Alabama say.

The life-saving COVID-19 treatment, manufactured by Regeneron, that can reduce the chance of hospitalization for someone with COVID-19 by 70 percent, if given within 10 days of infection, but the U.S. Department of Health and Human Services informed Alabama that state providers would be receiving 30 percent of what they had been ordering. Those seven states have been using about 70 percent of the nation’s distribution of monoclonal antibodies, Forbes reported Friday.

State medical experts urge the public not to rely on monoclonal antibodies for treatment, however, and to instead get vaccinated to best protect from infection, hospitalization and death. The infected also spread COVID to others, placing more lives at risk.

The Alabama Department of Public Health has been working to increase the number of providers who can administer the life-saving treatments as the more contagious delta variant filled state hospitals, creating a deficit in ICU beds which has caused people needing other medical care, in some cases, to be flown out-of-state for critical treatment.

“Alabama’s hospitals are full and under tremendous stress. That’s why physicians are very concerned about federal efforts that will end up limiting our supply and access to this effective treatment,” said Dr. Aruna Arora, president of the Medical Association, in a statement Monday. “We’re calling on the federal government to help us provide more of this treatment – not less – so we can save lives and keep COVID patients out of the hospital.”

Alabama has the fourth-lowest percentage of fully-vaccinated residents in the nation, at 40.2 percent, behind only Idaho, West Virginia and Wyoming, according to the Centers for Disease Control and Prevention.

Asked by APR on Monday whether Gov. Kay Ivey or her office has contacted HHS or anyone in the Biden administration about the federal government’s decision to cut shipments of monoclonal antibody treatment, Ivey’s press secretary, Gina Maiola, declined to answer the question and referred the reporter to the Alabama Department of Public Health.

State Health Officer Dr. Scott Harris said Thursday during a Facebook Live even, hosted by the Medical Association of the State of Alabama, that the department has been in contact with HHS about the allocation of Regeneron’s drug.

“We think this is just a shortfall that may only last in October, “Harris said. “But as we’ve seen more and more people becoming monoclonal providers, and more and more people who actually need to receive the product as patients, it’s just really created a difficult issue for us.”

Since mid-July, delivery of the monoclonal antibody treatment drug increased from 25,000 doses to 125,000 doses per week, with about half shipped to four states: Florida, Texas, Mississippi and Alabama, Regeneron spokesman Alexandra Bowie told Kiser Health News.

There are 228 locations statewide  administering monoclonal antibody treatment, 142 of which are non-hospital locations, the association’s statement reads.

HHS said the change is needed due to “a substantial surge in the utilization of monoclonal antibody drugs, particularly in areas of the country with low vaccination rates,” according to a press release from the American Hospital Association.

“Please note that this is a temporary change. We will continue to monitor product utilization rates, variant prevalence, and overall availability of monoclonal antibody therapeutics to determine when we will shift back to the normal direct ordering process,” HHS said in a Sept. 3 statement.

“It’s a little hard to understand their explanation, because they say there’s not actually a product shortage, but they’re trying to make sure that any product that hasn’t been used that’s on the shelf here is getting used,” Alabama State Health Officer Dr. Scott Harris said during the Facebook Live discussion.

The federal government’s decision to reduce shipments to hard-hit states is at odds with President Joe Biden’s announcement Thursday outlining an expansive plan to boost vaccinations, in which he said his administration will also increase shipments of monoclonal antibody treatments.

“We’ve already distributed 1.4 million courses of these treatments to save lives and reduce the strain on hospitals,” Biden said. “Tonight, I’m announcing we’ll increase the average pace of shipment across the country of free monoclonal antibody treatments by another 50 percent.”

Biden’s plan also calls for requiring businesses with more than 100 workers to either get those workers vaccinated against COVID-19 or test them weekly. Ivey on Friday said she plans to fight Biden’s order to do so.

The company that manufactures the monoclonal antibody treatment told Forbes that Regeneron could deliver more doses, if needed.

Regeneron spokesperson Alexandra Bowie told Forbes in an email that the company is aware that demand has “increased dramatically” in recent weeks and is “confident we can manufacture and deliver additional doses” of its treatment if needed, Forbes reported.