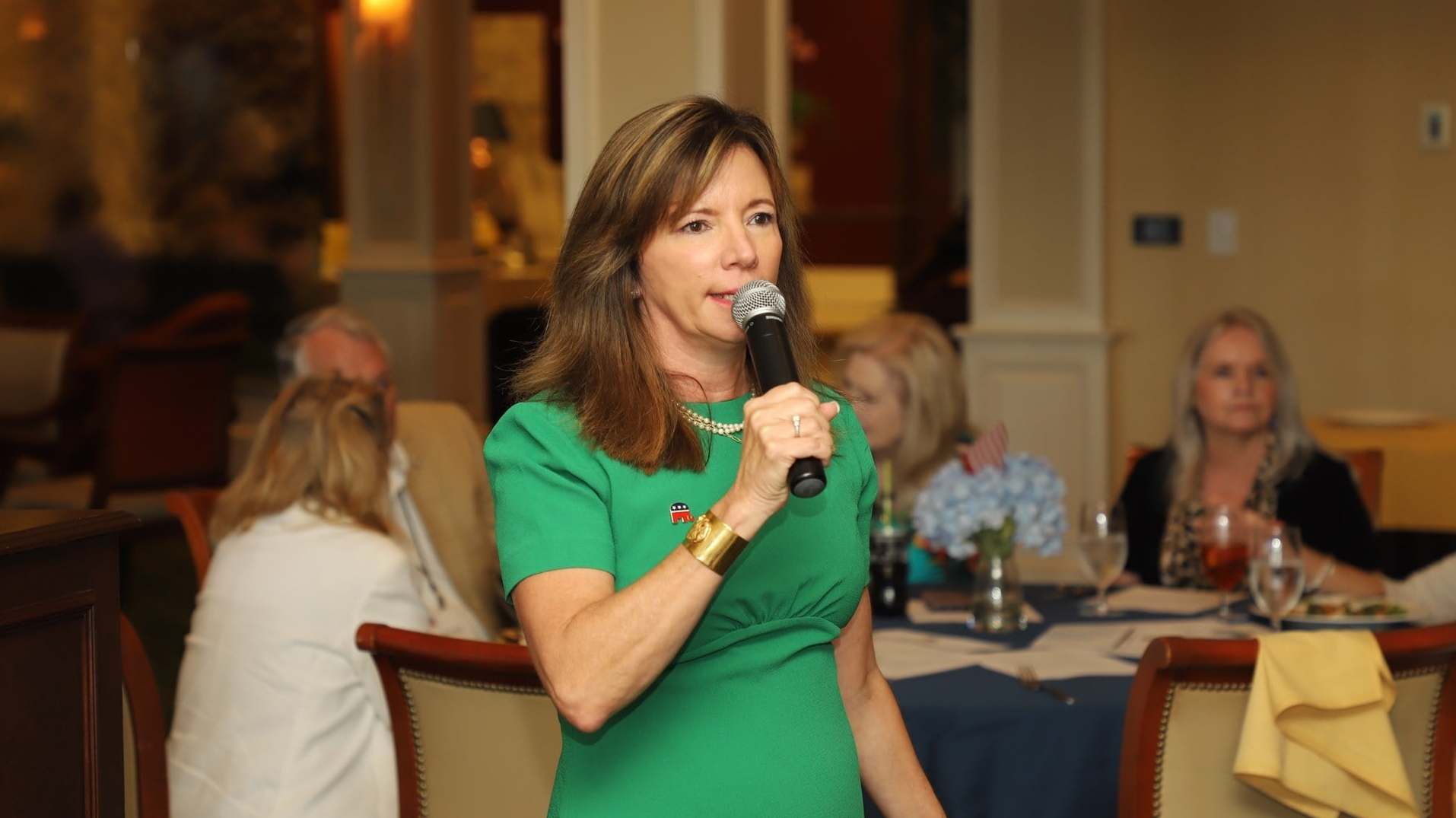 Susan DuBose speaking at an event.

Community leader and retired banker Susan DuBose on Monday announced her candidacy for Alabama state House District 45 ahead of her kickoff event on Sept. 14.

“I am humbled by the opportunity to fight for each citizen of District 45 and the State of Alabama,” DuBose said in a statement. “Our nation is under attack from liberals who want to change the very fabric of our great nation. I have always worked hard, stood for what is right, and now I am standing up to represent the citizens of District 45 here in Alabama.”

“As I have been meeting with constituents in District 45, the issues of election integrity, education, economic development, the role of a limited government, and second amendment rights are of importance to citizens and they are part of the foundation of my campaign,” DuBose said.

DuBose said that she has dedicated her life to the service of conservative causes. She retired from Compass Bank after years of service as a residential, commercial, construction loan officer, and business development officer.

If DuBose were to become a state representative, she would join only six other Republican women in the State House. DuBose has raised over $35,000 as of her last campaign finance report filing, and this includes no donations from PACs.

DuBose said that she is an actual grassroots candidate and is a woman of great conviction as well as a hard worker who works with others to get things done.

“I’ve worked with Susan on various issues and I know her to be a strong leader in our community,” said Hoover Mayor Frank Brocato. “She is a champion of conservative values.

DuBose and her family have attended Asbury United Methodist Church for over 20 years where she has served as a Sunday School teacher and VBS leader.

HD45, like all of the legislative districts, have to be reapportioned and redistricted prior to the 2022 election. It currently includes parts of Jefferson and Shelby Counties.