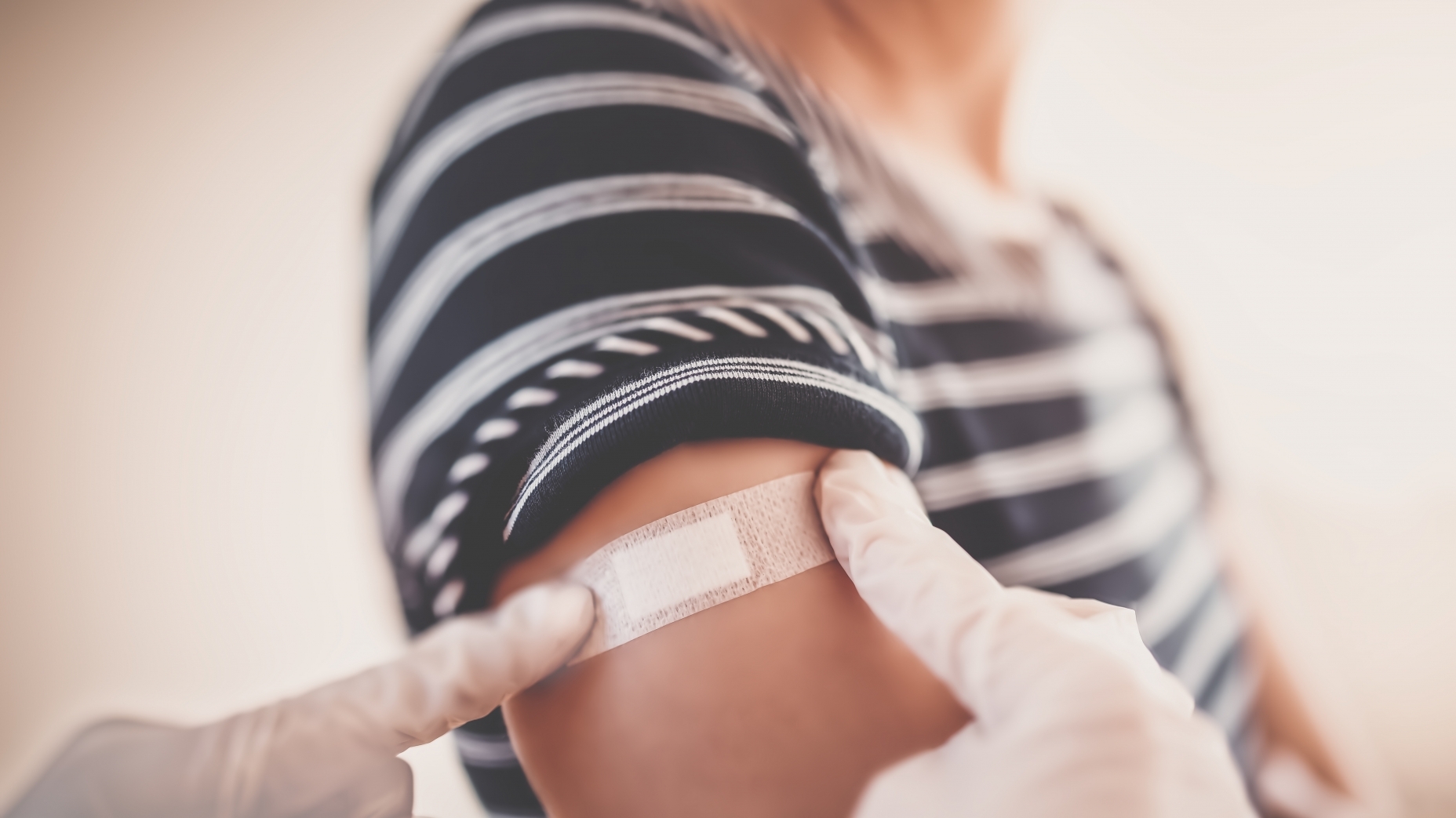 When my daughter was a year old, my wife and I took her to the doctor for her scheduled round of vaccinations. We had been through this a couple of times, sticking with the recommended vaccine schedule, but this was going to be the first time the Little One had some idea of what was going on.

To put it another way: This was the first time that she would be aware that her parents were handing her over to a strange person who was jabbing a needle into her puffy little baby legs.

I will never forget the look of surprise, and then the look of hurt, that appeared on her face. The screams followed.

She had some common reaction to that round, if I recall correctly. A mild fever, a little irritability. Nothing major, but enough to keep us up for a night worrying.

It was, all in all, a thoroughly miserable experience that I hated from start to finish.

But it was worth it.

How do I know it was worth it? That’s easy. No one has died of rubella lately.

In 1965, more than 11,000 pregnant women in America lost their babies due to a rubella outbreak. More than 2,000 newborns died from it. More than 20,000 children were born with congenital rubella syndrome.

Then we developed a vaccine. People took it, because they didn’t have Facebook researchers in 1969.

Today, there are less than 10 people with rubella. Seriously. Less than 10.

That’s how vaccines work — enough people take them and over time you dramatically reduce the spread of an infectious disease. And even those who do contract the virus have reduced symptoms and are less likely to infect others.

It’s why you don’t know anyone with smallpox. It’s why there are very few measles outbreaks.

But the key here is, of course, taking the vaccine. Which is why we mandate that children be vaccinated before they can attend schools in this state, and across the country.

We require vaccines for all sorts of ailments, including some that are far, far less deadly and intrusive than COVID-19 — the modern-day plague that has killed 660,000 Americans in about 20 months and hospitalized millions more.

We have a vaccine for COVID, as well. One that’s fully approved by the FDA. One that has been administered more than a billion times around the world. One that has proven to be safe and effective.

And for some reason, we can’t get people to take the damn thing.

There is no good reason why. Just variations of misinformed reasons used to mask personal indifference or outright political indoctrination.

And so, in the face of that unbridled and deadly stupidity, our president, a grown person tired of dealing with children, decided to do something.

He issued a choice for America’s unvaccinated scourge: Get vaccinated or get weekly tests or get fired.

From the majority of Americans, the order from President Biden was welcomed, if not long overdue.

But from the right, there were cries of tyranny — again. Because tyranny to a Republican is anything that causes them the slightest inconvenience. And nothing inconveniences them quite like being forced to do anything for the good of others.

There is no tyranny, obviously — just a president trying his damndest to protect the lives of the people. And, at the end of the day, asking no more — and in reality, far less — than we ask of babies and toddlers every single day.

Make no mistake, we do require those vaccines that I mentioned at the beginning of this column. The State of Alabama is serious about it, too. In fact, it’s law. And there are just two possible exemptions.

You read that correctly. According to the vaccine law on the Alabama Department of Public Health website, “Each child enrolled in day care, Head Start, and public or private school in Alabama must have a valid Alabama certificate of immunization on file at the facility ….”

But wait, what about “muh freedums” in this state?

“The state of Alabama does not recognize philosophical, moral or ethical exemptions from vaccinations,” the ADPH website reads.

You may receive ONLY a medical or religious exemption, and those exemptions must come from a doctor or from a clearly established and well documented religious tenet.

All of our Republican government officials, including our governor and attorney general, are aware of these laws. That hasn’t stopped them from acting like pathetic, pandering goobers, as they lean heavy into the rhetoric of the anti-vaxx crowd and attempt to placate the very people who are putting lives at risk.

Decent people would place human health above political maneuvering, particularly as we watch the number of hospitalized children increase daily in this state. They would impress upon the voting public the importance of vaccines and the clear and obvious precedent Biden is using to issue his order.

And they’d tell them, simply, that vaccines are important. They’re important to the health of our society. By mandating them, we’ve eliminated millions of cases of disease each year, we’ve reduced medical costs nationwide and we’ve prevented the deaths of millions of people.

All of that is true with the COVID vaccine. The only difference is we’re asking adults to sacrifice instead of the kids.

And some of the adults are acting like spoiled children.