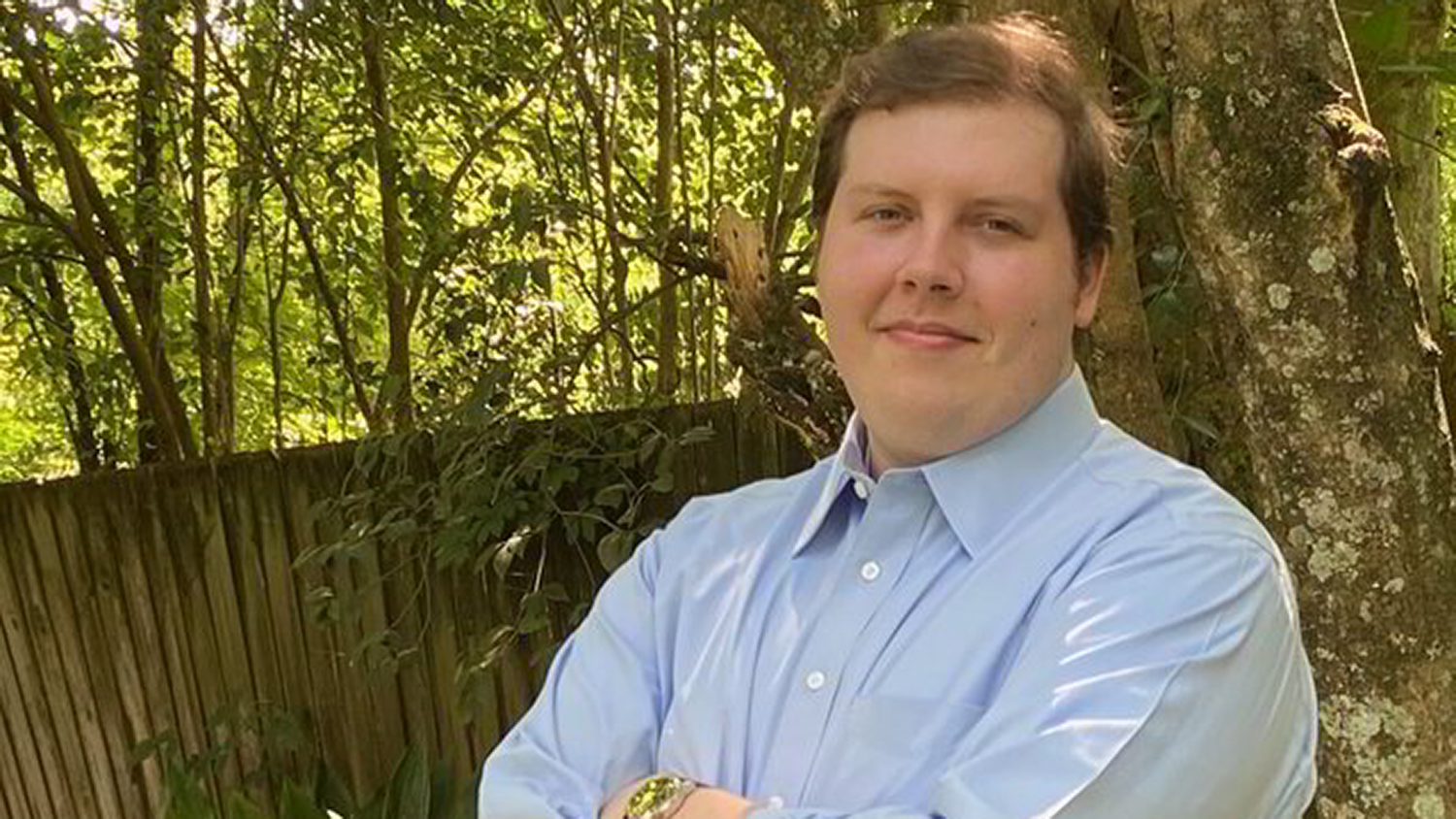 Jack Slate, a 26-year-old professional tutor based in Montgomery, is running as a Democrat in Alabama’s 2nd Congressional District.

Slate is originally from the town of Hartselle, the second-largest city in Morgan county, but resides in Montgomery. His father is a state accountant, and his mother was a hairdresser. He graduated from Auburn University in 2019 with a bachelor’s in philosophy, continuing his studies at the University of Chicago and graduating this year, receiving a master’s in humanities with a focus on human rights and contemporary political philosophy.

In an interview with APR Wednesday, Slate said the Jan. 6. insurrection at the U.S Capital was, among other events and issues, a deciding factor for him running for Congress.

“My master’s thesis was actually about the January 6 insurrection, so that was a topic that really, actually motivated me a lot to decide to run, decide to be a candidate,” Slate said. “Running was never really something that I thought about, and it’s never something that I really wanted to do. It just seemed like the right thing to do.”

Additionally, Slate added that the 2020 federal lawsuit against the state of Alabama and the Alabama Department of Corrections over “unconstitutional conditions” in Alabama prisons was an issue that “motivated” him to run for Congress.

“I think he’s a really good politician. I think he’s using his resources as well. And I think they’re really going to be a hard force to overcome in this in this campaign for 2022,” Slate said. “I don’t think people’s voices, especially people in this district, are being adequately represented by Barry Moore. I don’t think it’s fair to people who do trust in our system to have to hear from a public official with a lot of authority and a lot of respect for this community, to tell them that this is just broken, and you just have to take my word for it. I think people deserve better.”

When asked about his thoughts on Moore’s role in the objection to the electoral college results for the 2020 presidential election, Slate said: “His actions, the actions of the people that are trying to, in my opinion, sabotage our democracy. They’re definitely things that are motivating me to try harder, and motivating me to do more for this community to put the power back in their hands, give their voices more strength, that I believe is being taken away when we questioned our democratic procedures.”

For his campaign, Slate listed Medicare for All, criminal justice reform, and increasing the minimum wage as the most significant issues he is concerned with if elected to Congress.

“If we want our society to really be a society of free people, who can have experiences with other free people, I think that we need to approach these things that are structurally hindering people from pursuing their lives.” Slate said. “So Medicare for All: I think this is one of the biggest things that we can do to help the most people. If you can’t afford to go to the doctor to see what your chest pain is about, and you just say, ‘Well, whatever, maybe I’ll be able to afford it when I get my next paycheck or something.’ But then, turns out years later, you’ve got lung cancer, and you could have identified that at an earlier point. But now it’s stage four. This is just one of the things that people face on a daily basis by not being able to afford health care and not feel uncomfortable just going to the doctor, or going to get a checkup.”

“I felt like I was really making some money,” Slate said. “Flash-forward to me at 24, working at Earth Fare. The minimum wage is still $7.25. I’ve got bills, I’ve got health insurance that I have to pay for, I’ve got rent that I have to pay for car insurance, car payment, you know, people have these bills, these are just living expenses that come with being an adult. And the fact of the matter is that $7.25 an hour is not enough to cover that with it with a full-time job.”

Slate added that increasing the minimum wage would not only help individuals working minimum wage jobs, but will give everybody else “an opportunity to reevaluate what [wages] they’re okay with accepting.”

Another issue the campaign focuses on is the federal legalization of cannabis, a policy Slate feels would help the 2nd Congressional District’s agriculture economy.

Slate said he is working with an organization that specializes in drafting legislation, and that has a draft for legalizing cannabis. Slate declined to name the organization.

The campaign will update its website with various pieces of legislation and policies Slate supports sometime in the near future, according to Slate.

His campaign will also soon announce partnerships with Habitat for Humanity and Meals on Wheels, and further rolling out of his campaign’s volunteer program.

Slate will appear at a Hispanic and Latino month celebration event in Enterprise Sunday afternoon.

For the upcoming midterm elections in May 2022, Slate faces three Democratic competitors for the Democratic nomination, including Terell Anderson, a local activist and graphic designer; Phyllis Harvey-Hall, the former Democratic nominee for District 2 who ran against U.S Rep. Moore in 2020; and Vimal Patel, a realtor from Enterprise.