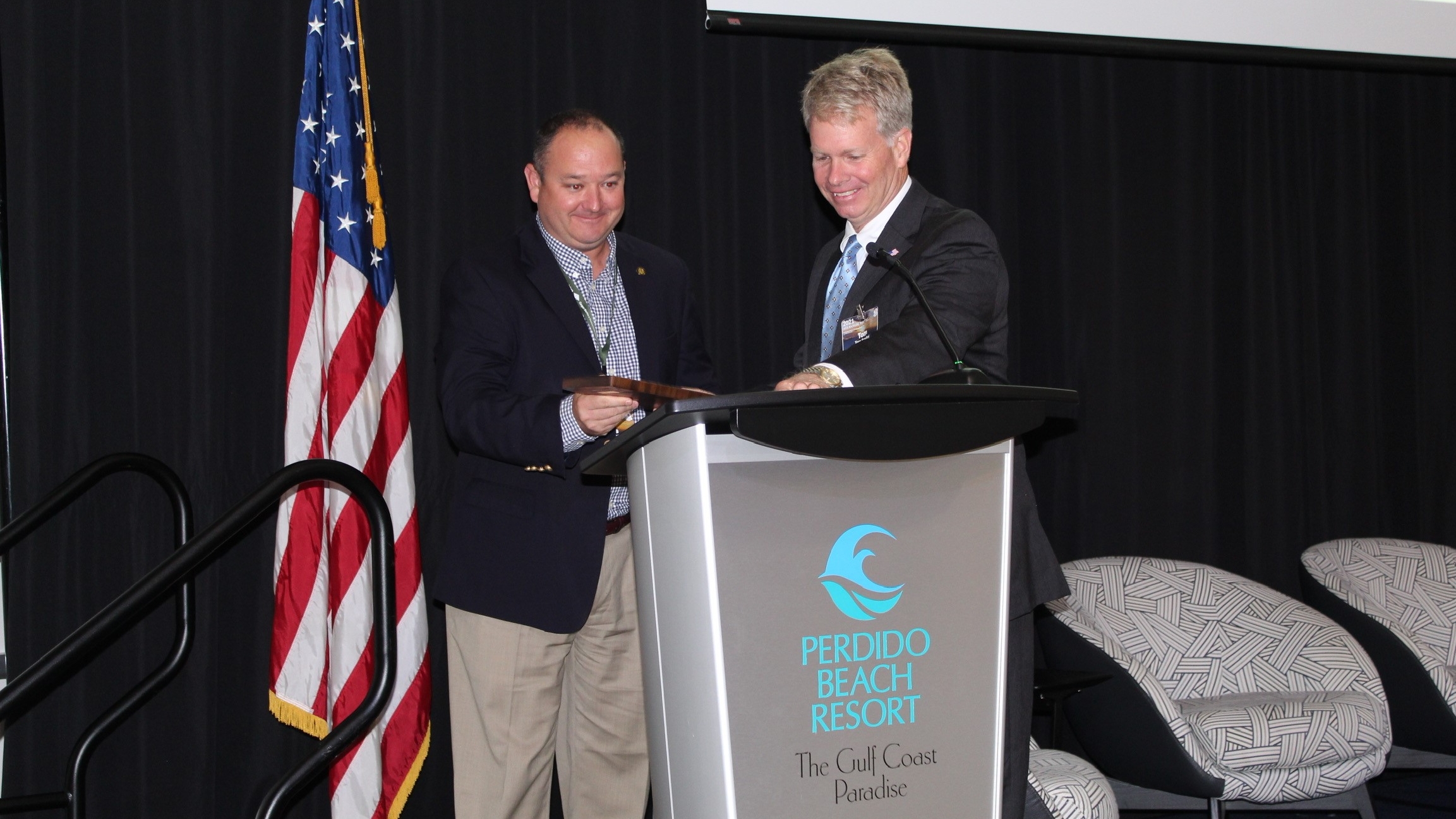 The Alabama Forestry Association this week named state Sen. Chris Elliott, R-Fairhope, as its 2021 Legislator of the Year.

Tom Bradley is the chairman of AFA’s Governmental Affairs Committee and serves on ForestPAC’s Board of Directors.

“Chris Elliott has passed one of the most beneficial recent pieces of legislation in Senate Bill 107,” Bradley said. “This legislation protects the private landowner from city government overreach and enables the landowner to manage their timber stands using good silvicultural practices. Without Chris’ hard work, this bill would have never gotten passed. I can’t think of a more deserving recipient of Legislator of the Year.”

The announcement was made during the AFA Annual Meeting at the Perdido Beach Resort in Orange Beach, Alabama.

“Authoring and successfully shepherding impactful legislation that reflects strong conservative principles and limited government is a priority,” Elliott said. “The Alabama Forestry Association is widely regarded as the organization in the state that champions private property rights and it was a pleasure to work with them. It is an honor to be recognized as their Legislator of the Year.”

Elliott represents state Senate District 32, which covers much of Baldwin County. He serves on the Senate’s Agriculture, Conservation and Forestry Committee as well as vice chairman of the Government Affairs Committee.

SB107 limits the authority that cities have outside of their traditional jurisdiction. AFA actively worked to support Elliott in making this bill a success.

Elliott was born and raised in Mobile and Baldwin Counties. He graduated from St. Paul’s Episcopal School in Mobile and received a Bachelor of Arts from the University of Richmond in Virginia majoring in political science and urban policy. Following graduation, he worked for the Commonwealth of Virginia in the Emergency Management field and for Virginia Power focusing on Nuclear Security and Emergency Preparedness. He returned home to Baldwin County, where he is a small business owner who has started several successful small businesses.

Elliott and his wife of 16 years, Alainna, live in Fairhope with their two children. Elliott is a former Baldwin County commissioner. Elliott was formerly the chairman of the Eastern Shore Metropolitan Planning Organization and has served on various national, statewide and countywide boards and committees.

Elliott also served on the Board of Directors of Baldwin County United Way and in 2015 was recognized as one of the Mobile Area’s top 40 under 40 young leaders by Mobile Bay Monthly Magazine. He is a graduate of the Alabama Leadership Initiative.

Elliott and his family are members of St. James Episcopal Church of Fairhope. Elliott is an avid sailor, white water rafter and upland bird hunter.

SD32 will be reapportioned and redistricted prior to the election based on the 2020 Census results like the rest of the state’s legislative districts. Baldwin County was the fastest-growing county in the state so SD32 should shrink geographically after reapportionment and redistricting.

Forests cover more than two-thirds of the state of Alabama and provide the raw material for Alabama’s second-largest manufacturing industry. Forestry provides a $27.7 billion total economic output to the state’s economy.